FP Blogger at Large MEMRI  The following are excerpts from several programs in which Saudi intellectuals discuss the Saudi education system. They were aired on LBC TV on November 5, 2006, and on ‘Ein TV on August 13, 2006.  LBC TV, November 5, 2006: Saudi journalist Hussein Shubakshi: When a Saudi researcher published a serious ... 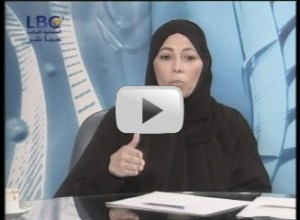 The following are excerpts from several programs in which Saudi intellectuals discuss the Saudi education system. They were aired on LBC TV on November 5, 2006, and on ‘Ein TV on August 13, 2006.

Saudi journalist Hussein Shubakshi: When a Saudi researcher published a serious study about the curricula, and about using astronomy to observe the [Ramadhan] moon, he was sentenced to thousands of lashings. This demonstrates clearly how much we accept dialogue.

I would like to focus on a very important point regarding the training of the teacher to deal with students. There are, of course, great fears, which in many cases are justified, about the “covert curriculum,” which brings the teacher’s personal convictions into the classroom, as well as out of the classroom, when he deals with a certain student or groups of students during their breaks. He passes on to them his convictions, views, books, booklets, and cassettes, which contain many views that are considered “extremist” – or, at the very least, different views that involve an extremist framework, and which are packaged in a political wrapping. This is very dangerous.

Interviewer: Is this done beyond the framework of the curricula?

Hussein Shubakshi: Yes, it is done out of the classroom, but of course, under the mantle of education and “extra knowledge.” This way, one can inject a lot of poison, as indeed was the case for many years. One aspect of this phenomenon was the restriction of the liberty that was traditionally available for extra-curricular student activities. I myself was in the scouts and on the school’s soccer team. I participated in school plays and other artistic activities – all within the official educational framework. All this has stopped. Today, such activities are fought against.

Saudi university lecturer Nasser Al-Hanini: Every society has marginal groups… How large is the group that perpetrated the bombings, compared to the number of our youth? In addition, the ideological writings of this group, which committed killings and bombings, are not part of the curricula at all. They have different writings. They published their research on the Internet, and everybody is familiar with them. They have nothing to do with the curricula or with the extra-curricular activities.

NEW FOR SUBSCRIBERS: Want to read more on this topic or region? Click + to receive email alerts when new stories are published on Iran, Middle East and North Africa

Russia's Failed War Has Created an Opening in the Balkans