Preeti Aroon I’m a romantic, so I’m reading Marriage, a History: From Obedience to Intimacy, or How Love Conquered Marriage by Stephanie Coontz. Mike Boyer By dawn the Islamists were gone, The Economist. What next in Somalia? by Jonathan Stevenson, International Herald Tribune. Christine Y. Chen Bel Canto by Ann Patchett. This entertaining 2001 novel ...

Preeti Aroon I'm a romantic, so I'm reading Marriage, a History: From Obedience to Intimacy, or How Love Conquered Marriage by Stephanie Coontz.

Mike Boyer By dawn the Islamists were gone, The Economist. What next in Somalia? by Jonathan Stevenson, International Herald Tribune.Christine Y. Chen Bel Canto by Ann Patchett. This entertaining 2001 novel takes place in a fictional South American country where a top American opera singer is invited to perform at the vice president's residence for a birthday party in honor of a Japanese CEO. A group of Maoist rebels, hoping to find the president at the party, takes the group hostage for several months. Loosely based on the 1996 hostage crisis when members of the Tupac Amaru Revolutionary Movement took over the Japanese embassay in Lima, Peru, Bel Canto imagines life inside the compound, where hostages suffer from Stockholm syndrome, and fall in love with each other and with their captors. In Philip Roth's American Pastoral, Seymour Levov's perfect, all-American life falls apart when his daughter becomes involved with radical leftist groups in the 1960's and commits an act of terrible violence. This book was named a runner-up in last year's New York Times Book Review contest to name the greatest work of American fiction from the past 25 years. This is the first Philip Roth novel I've read, and while I am impressed with the writing, I'm somewhat underwhelmed by the plot. Were my expectations were too high? Michael Cognato

The Idea of India (1999) offers a deeper explanation of what India is and how it became that way than current events and economic figures alone can indicate.
In the Global Energy Rush, Nuclear Gets A Resurgence, Washington Post. Doug Struck's piece is one of a spate of recent articles tracking changing views on nuclear power - even among environmentalists.Blake Hounshell
The World of the Jinn & Devils by 'Umar S. al-Ashqar of Saudi Arabia. I picked this one up last year at the Cairo International Book Fair, which begins again on January 23. The jinn, mentioned in the Quran, are held to be "other creatures living here among us," many of them dangerous. Get it online here.
Carolyn O'Hara Dark cloud over good works of Gates Foundation. In a major investigative exposé, the LA Times accuses the Gates Foundation of doing business with unethical companies. The Next Meltdown by Niall Ferguson in TIME Magazine. How a single act of terrorism could bring chaos to the world's financial markets and make 2007 look a lot like 1914. Information Aesthetics. Beautiful renderings of visual data, from winning lotto numbers in Spain (shown below) to the stock market and bias in newspapers. 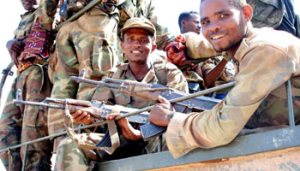 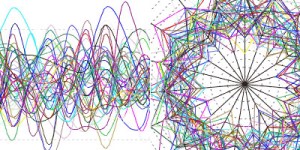