Searching for the “good” Muslims

FARZANA WAHIDY/AFP Remember in the aftermath of 9/11 when it seemed like every U.S. media outlet was asking plaintively “Why do they hate us?”—where “they” meant Muslims? The question prompted a media search for allies in an Islamic world that seemed universally hostile. But who were these sympathetic faces? A new study out today from ... 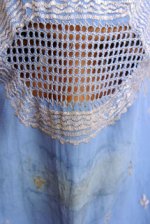 Remember in the aftermath of 9/11 when it seemed like every U.S. media outlet was asking plaintively “Why do they hate us?”—where “they” meant Muslims? The question prompted a media search for allies in an Islamic world that seemed universally hostile. But who were these sympathetic faces?

A new study out today from the International Center for Media and the Public Agenda has the answer. The study is titled The ‘Good’ Muslims: US Newspaper Coverage of Pakistan and one of its surprising findings is that the “good” Muslims are women.

It is common in mainstream media’s coverage of international affairs for entire countries (and even regions) to be tarred with a wide brush. Much of the reporting on the Palestinians and the Iranians falls into this category. But in other situations, especially when reporters are stationed on the ground and there is ongoing interest in a region, the politics and the peoples are not represented so monolithically. In those situations—coverage of the Balkans is a case in point—often one distinct group is identified as holding the moral high ground. Sometimes that group is represented as the victims of another group (often true, but not always as blamelessly as represented). Sometimes that group is identified as potential “saviors” in the situation—i.e. if only that group held the reins of power the situation would be ameliorated, at the very least. (Read the rest after the jump)

As The ‘Good’ Muslims documents, in the year following 9/11, women often emerged as saviors. Article after article identified women as the “peacemakers” who the West could use to find the solution to terrorism at the family, the tribal and the national level. Journalists covering the struggles of Pakistani and Afghan women to gain an education for themselves waxed eloquent about the transformative power of schools for girls. And stories of women’s victimization at the hands of Muslim men—either through extra-legal means or through the law and courts—served to confirm the evil of what was considered the aggressively male Muslim institutions.

In 2001 and 2002, there was an eager—if naïve—hope that the fall of the Taliban would bring new opportunities for women and, through them, for the entire region. Five years later, that was clearly not the case. It had been news that women could change the world. It was not news that the situation of most women had not changed—and that women did not have the power to reverse decades of war, corruption and discrimination. As a result in 2006, reporters wrote far fewer stories on women in Pakistan.

And that’s just one finding. There are a number of others. With most criticism of the media evaluating the coverage of the war in Iraq, it’s time to assess how they have covered other theaters in the “War on Terror.” Take a look at the full study here.

Susan Moeller is director of ICMPA and associate professor at the Philip Merrill College of Journalism and School of Public Policy, University of Maryland, College Park.