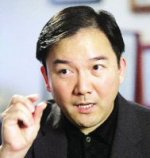 The Chinese-Mexican pharmaceutical bigwig was accused of illegally importing enough chemicals to manufacture nearly 37 metric tons of methamphetamine with a street value of over $700 million. But Ye Gon didn’t stick around to find out what the consequences might be, and he went into hiding.

Later, Ye Gon held a secret news conference in which he constructed a defense of thrilling grandiosity. The money was foisted on him by an associate of Mexican President Felipe Calderon under threat of blackmail, he claimed, to fund “terrorist activities” in case Calderon fell to his challenger in the presidential election.

On Monday, U.S. Drug Enforcement Agency officers finally arrested Ye Gon in Silver Spring, Maryland. Agents dragged him away from a meal of codfish and baby carrots—humble fare for a man who once boasted his own fleet of luxury cars and mistresses across the globe.

Of course, in the event that said codfish came from Ye Gon’s home country of China, his timely arrest may have spared him an even worse fate.