A new USA Today/Gallup poll shows Barack Obama pulling even with Hillary Clinton in New Hampshire. On the Republican side, Mitt Romney retains a slight edge over John McCain. 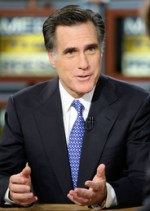 A new USA Today/Gallup poll shows Barack Obama pulling even with Hillary Clinton in New Hampshire. On the Republican side, Mitt Romney retains a slight edge over John McCain.

Anti-immigration candidate Tom Tancredo dropped out of the race and endorsed Romney.

Pakistan’s former interior minister survived a suicide blast at a mosque that killed more than 50 people.

Japan’s plan to hunt 50 humpback whales in Antarctica has been shelved due to international pressure.

Inking a new pipeline deal with Kazakhstan and Turkmenistan, Russia tightened its grip on Central Asian supplies of natural gas.

French President Nicolas Sarkozy went to Rome to meet with the pope, but most of the media focus was on his relationship with Italian ex-model Carla Bruni.

Bahraini authorities arrested at least seven members of a top Shiite opposition group. Shiites are the majority in Bahrain, but Sunnis control the government.

Iraq’s top Shiite clerics may be losing influence as the Iraqi government they backed struggles to deliver basic order and services.

A car-bomb attack on a Baghdad liquor store killed three people and wounded 27.

Bush refused to comment Thursday on the CIA’s destruction of interrogation videos.

U.S. Secretary of State Condoleezza Rice urged countries with nationals in Guantánamo to take them into custody so that the United States can close the facility.

Kenya is seeking to become the world’s next offshoring hub.

The Lakota Sioux have declared independence from the United States.

Passport will be on vacation next Monday and Tuesday, but will return at a subdued pace Wednesday, December 26. The Morning Brief will be on hiatus until Wednesday, January 2. Enjoy your holiday!