Top Story Brendan Hoffman/Getty Images Ending a summer of speculation, the U.S. government seized control of mortgage behemoths Fannie Mae and Freddie Mac Sunday in what it is calling a “conservatorship” arrangement. “Based on what we have learned about these institutions over the last four weeks,” Treasury Secretary Hank Paulson announced, “I concluded that it ...

Ending a summer of speculation, the U.S. government seized control of mortgage behemoths Fannie Mae and Freddie Mac Sunday in what it is calling a "conservatorship" arrangement. 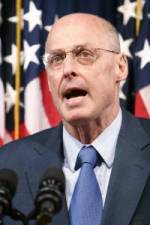 Ending a summer of speculation, the U.S. government seized control of mortgage behemoths Fannie Mae and Freddie Mac Sunday in what it is calling a “conservatorship” arrangement.

“Based on what we have learned about these institutions over the last four weeks,” Treasury Secretary Hank Paulson announced, “I concluded that it would not have been in the best interest of the taxpayers for Treasury to simply make an equity investment in these enterprises in their current form.” (More from Treasury here.)

Bill Poole, former president of the Federal Reserve Bank of St. Louis, expects U.S. taxpayers to be on the hook for as much as $300 billion. “The coming series of events could end up as the biggest bailout in the history of the world,” economist Tyler Cowen observes.

Foreign bond investors, who bought tens of billions of the two companies’ debt in recent years, “breathed a sigh of relief.” Shareholders such as Legg Mason, who are getting what in Wall Street parlance is a “haircut,” did not. (Deal Journal tallies the winners and losers.)

So, what’s next? “[T]here are likely to be further government moves ahead,” predict Bob Davis and Jon Hilsenrath of the Wall Street Journal. But “the broader strains now facing the markets are not as easily relieved by central banks or governments,” their colleagues Peter Eavis and David Reilly warn.

Barack Obama, appearing on ABC’s This Week, told George Stephanopoulos he had once considered joining the military.

John McCain has taken a slight lead over Obama in the latest USA Today/Gallup poll.

Rick Davis, McCain’s campaign manager, said that Republican vice presidential nominee Sarah Palin wouldn’t give interviews “until the point in time when she’ll be treated with respect and deference.” Charlie Gibson of ABC must have been appropriately deferential, because he got the first nod.

A Mexican court ruled that Wal-Mart violated the country’s constitution.

Angola’s election was either a farce or a transparent exercise in democracy, depending on your point of view.

China, hosting Iranian President Mahmoud Ahmadinejad in Beijing, reiterated its view that the nuclear dispute should be settled peacefully.

Europe and the Caucasus

Russia is dumping aid money into South Ossetia and demonstrating its control over parts of Georgia proper.

The U.S. Congress returns from its summer recess.

A high-level EU delegation is heading to Moscow to convince Russian President Dmitry Medvedev to withdraw his troops from Georgia.

The International Court of Justice in The Hague holds public hearings on Georgia’s protest against Russia’s incursion into its territory.

After Earthquake Erdogan Announces State of Emergency in Turkey