Morning Brief: The bleeding goes on

Top Story TIMOTHY A. CLARY/AFP/Getty Images Although it may have been overshadowed by last night’s debate, the most consequential news of the day was the continued hemorrhaging in the financial markets. On Wall Street, the Dow Jones industrial average dropped 7.9 percent Wednesday and the S&P 500 fell by 9 percent. In trading Thursday, Asian ...

Although it may have been overshadowed by last night's debate, the most consequential news of the day was the continued hemorrhaging in the financial markets. 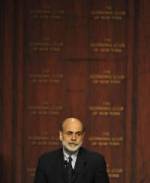 Although it may have been overshadowed by last night’s debate, the most consequential news of the day was the continued hemorrhaging in the financial markets.

On Wall Street, the Dow Jones industrial average dropped 7.9 percent Wednesday and the S&P 500 fell by 9 percent. In trading Thursday, Asian and European markets fell across the board.

The immediate trigger for the selloff appears to be grim new U.S. retail data showing a 1.2 percent decline in sales for September, as well as the larger fear in the markets that so far, the stabilization measures in place are not sufficient.

“There is a considerable amount of unease about how deep the recession could be,” one fund manager told Bloomberg.

Last night was by far the most interesting of the three U.S. presidential debates. John McCain repeatedly went after Barack Obama’s policy ideas and character, while the Illinois senator defended himself and largely stuck to his strategy of focusing on the economy, explaining his plans, and avoiding mistakes.

McCain especially hammered Obama on “Joe the plumber,” a voter and small business owner the Democratic nominee met in Ohio.

Gen. David Petraeus is launching a review of U.S. strategy toward Afghanistan, Pakistan, Iraq, and Iran and other areas of his new command. Defense Secretary Robert Gates wants to see better coordination by NATO.

North Korea threatened to sever ties with the South.

Sunni extremists are growing stronger in the northern Lebanese city of Tripoli.

A new vaccine promises to end polio in Nigeria.

European leaders, meeting Wednesday in Brussels on the financial crisis, called for another meeting.

Has the European Union unwittingly helped the Bulgarian mafia?

The EU is delaying a decision on restarting partnership talks with Russia.

Obama is campaigning in New Hampshire and New York. McCain heads to Pennsylvania and New York, where he may face the wrath of David Letterman. Tellingly, his running mate Sarah Palin is stumping in Maine and North Carolina.

Today is World Food Day. The BBC has a new poll on the growing cost of food.

Iran and Japan are competing for a seat on the U.N. Security Council.