Morning Brief: ‘The unipolar moment is over’

Top Story U.S. power and influence is waning, according to a new report by the U.S. intelligence community. The good news? So is al Qaeda’s. But “the unipolar moment is over,” declared Tom Fingar, chairman of the National Intelligence Council (NIC), in announcing the report. The NIC expects United States will remain the world’s foremost ...

U.S. power and influence is waning, according to a new report by the U.S. intelligence community. The good news? So is al Qaeda's. 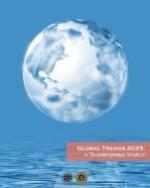 U.S. power and influence is waning, according to a new report by the U.S. intelligence community. The good news? So is al Qaeda’s.

But “the unipolar moment is over,” declared Tom Fingar, chairman of the National Intelligence Council (NIC), in announcing the report.

The NIC expects United States will remain the world’s foremost economic and military superpower. But its report, “Global Trends 2025: A Transformed World,” argues that the rise of powers like China and India means that the United States will be just one of many players in a “global multipolar system.” It concludes, “The US will remain the single most important actor but will be less dominant.”

Now, writes columnist Philip Stephens of the findings, “the world confronts a choice between chaos and order,” adding, “[President-elect Barack] Obama would do well to read it closely.”

Hillary Clinton is looking increasingly likely as secretary of state. But she might instead play an enhanced role in the Senate.

The ouster of Michigan Rep. John Dingell as chairman could provide a boost for Obama’s climate change plans.

The world’s central bankers have a new fear: deflation.

Floyd Norris questions whether Washington is doing enough to stabilize the U.S. economy.

A federal judge ruled that five Guantánamo prisoners have been held unlawfully and must be released.

U.S. Attorney General Michael Mukasey is “in good spirits” after collapsing during a speech Thursday evening.

CIA officials withheld information from Congress about the downing of a plane in Peru, the agency’s inspector general has concluded.

Exile groups say China is cracking down in Tibet.

A popular Burmese comedian was sentenced to 45 years in prison for criticizing the government.

The U.N. Security Council approved sending more than 3,000 additional peacekeeping troops to the Democratic Republic of Congo. But it’s anybody’s guess where they will come from.

Thousands of Iraqis protested the prospective troop deal with the United States.

Economic activity is rapidly decreasing in the eurozone, shocking observers.