Unilateral al-Qaeda ceasefire with the U.S.?

Mohammed Essam Derbala, one of the leaders of the Egyptian al-Gama’a al-Islamiya, today called on Osama bin Laden and al-Qaeda to declare a unilateral four month ceasefire [hudna] with the United States to test Barack Obama’s pledges to establish a new relationship with the Islamic world and to close Guantanamo. I don’t think this is ...

Mohammed Essam Derbala, one of the leaders of the Egyptian al-Gama’a al-Islamiya, today called on Osama bin Laden and al-Qaeda to declare a unilateral four month ceasefire [hudna] with the United States to test Barack Obama’s pledges to establish a new relationship with the Islamic world and to close Guantanamo. I don’t think this is exactly the dialogue the new President has in mind, I’m afraid. But the back story is kind of interesting. 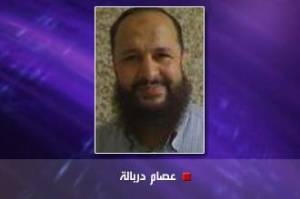 Mohammed Essam Derbala is on the Shura Council of al-Gamaa al-Islamiya, an extremist Islamist organization at the heart of the brutal insurgency which roiled Egypt from 1992-97. He was arrested in 1981 following the assassination of Anwar Sadat.  Back in 2002, while in prison, Derbala authored one of the first comprehensive critiques of al-Qaeda on behalf of the Gama’a leadership.  In November 2006, Derbala was finally released after 15 years in prison, part of a larger project by the Egyptian government to rehabilitate and release old Gamaa members.  He has since continued to criticize extremist ideology, has called upon al-Qaeda to renounce violence, and has frequently criticized al-Qaeda.

Derbala’s 2002 critique argued that al-Qaeda’s violence violated Islamic law and, as Fawaz Gerges describes it, “denounced al-Qaeda for preaching that American and Muslim interests would never meet.” He criticized American foreign policy severely but rejected armed confrontation and called for “engagement with the West based on mutual respect and peaceful co-existence.” (This was in 2002, recall — evidence that Dr. Fadl’s much- heralded “recantations” are not nearly as novel as they have been made out to be in recent American discussions). There’s not much new in Derbala’s appeal for a dialogue or for an end to al-Qaeda’s violence, therefore, except the specific gambit of proposing a hudna in response to Obama’s election. (Which is kind of clever, in a headline-grabbing way, I’ll admit.)

Does this matter? Probably not all that much (although I’m one of those who didn’t think Dr. Fadl mattered very much either – still a matter of much debate amongst smart experts, I know). Most dedicated salafi-jihadists probably see Derbala as a sell-out or as a relic, while the mainstream Muslim public only vaguely knows who he is. Al-Qaeda’s leadership is no more likely to listen to Derbala than it was to Dr. Fadl. Nor do I think that Obama will be, or should be, the slightest bit interested in a dialogue or ceasefire with al-Qaeda even were one offered. He should instead push ahead on marginalizing al-Qaeda, while refusing to allow its terrorism to exercise a veto over the possibility of new, constructive relations with the vast majority of the Islamic world (including moderate Islamists, I would add).

Still, Derbala’s call is kind of interesting and worth at least acknowledging.