What the Israeli right owes to Hamas

How terrorist attacks created the unlikely rise of Avigdor Lieberman. By Claude Berrebi This week’s Israeli election has yet again failed to produce a clear winner. Still, the results do spotlight two notable trends. First, the Hamas attacks that prompted Israel’s war in Gaza, and the war’s aftermath, have moved the Israeli political center further ...

How terrorist attacks created the unlikely rise of Avigdor Lieberman. 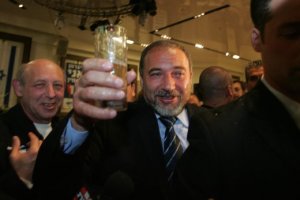 How terrorist attacks created the unlikely rise of Avigdor Lieberman.

This week’s Israeli election has yet again failed to produce a clear winner. Still, the results do spotlight two notable trends. First, the Hamas attacks that prompted Israel’s war in Gaza, and the war’s aftermath, have moved the Israeli political center further toward the right. Second, in the Holy Land, as in most parts of the world, where you stand depends in large part on where you live — in this case, whether your city or town was recently hit by a suicide bombing or a missile fired by Hamas or Hezbollah.

Voters in areas that recently experienced attacks sharply shifted their allegiance toward right-wing parties. For example, in the town of Sderot, which was heavily damaged by missiles fired by Hamas militants in Gaza, polls show support for Likud rose from 10 percent in 2006 to 33 percent in 2009, and Avigdor Lieberman’s Yisrael Beiteinu and other right-wing parties also gained sharply. Support for the dovish Labor Party collapsed from 12 percent in 2006 to just 5 percent this year. A similar swell in the right-wing vote was seen in Jerusalem, which has historically suffered more terrorist attacks than anywhere else in Israel.

However, in secular Tel Aviv, which wasn’t rocketed during the Gaza or Lebanon wars, Kadima increased its support and won a plurality of the votes, while Likud and Yisrael Beiteinu scored relatively small gains.

These results are consistent with historical patterns. Research has shown that a terrorist attack conducted shortly before an election increases the vote in that area for right-wing Israeli parties by 1.35 percentage points. That may seem small, but in Israel’s fractured system, a few terrorist attacks in the months leading up to an election are often enough to propel the conservative parties to victory.

The trend holds true in this election as well. The unsuccessful war in Lebanon in 2006, followed by the barrage of missiles fired from Gaza into southern Israeli towns, persuaded the Israeli public that the current government was unable to protect them.

In national tracking polls, Likud was leading strongly before the Gaza war, and Kadima managed to win back some support with its aggressive handling of the Gaza war. The biggest winner by far, however, was Lieberman. Hawkish voters who thought that the government ended the Gaza war prematurely warmed to his tougher approach.

It can be said, then, that Hamas played a critical role in thrusting Lieberman, known for his hard line toward Israeli Arabs, into the role of kingmaker for the new Israeli government. Yisrael Beiteinu’s 15 seats mean that both Likud and Kadima will be tempted to court Lieberman’s support.

His ascent will reduce the chances that Israel’s new prime minister will be willing to make concessions to the Palestinians, but in the short term, it could actually force Hamas into a deal. Negotiations are ongoing over the release of abducted Israeli army soldier Gilad Shalit and the status of the smuggling tunnels that run under Gaza into Egypt. Hamas might well conclude that it can to get a better deal from the outgoing Ehud Olmert government than from the incoming one, no matter who heads it.

Livni and Netanyahu would both be likely to talk with Palestinian President Mahmoud Abbas and President Bashir al-Assad of Syria about peace prospects, but Lieberman’s presence in any governing coalition would make it doubtful that they would make any concessions on the status of Jerusalem, the Golan Heights, or stopping settlements.

This election is likely a setback for U.S. President Barack Obama’s peacemaking agenda and certainly spotlights the shortcomings of the Israeli electoral system, which desperately needs reform. Yet it does broadly reflect the prevailing sentiment among the Israeli public — that giving up land for peace has been unsuccessful and has weakened Israel. Above all, it shows that once the dust settles, Middle East peacemakers will have to reckon with the increasingly hawkish and ever more fractious Israeli electorate.

Claude Berrebi is an economist at the Rand Corporation.

How to Compete With China in the South Pacific

How to Compete With Chinese Investments in the South Pacific

Ukraine: The Village That Helped Liberate Kherson From Russia

China's Police Are Moving on Protesters

How to Compete With China in the South Pacific

Erdogan is trying to strike a balance of being pro-Ukraine but not anti-Russia.

Its detractors should note: the L’Aquila conference did move vital climate change legislation forward. By Andrew Light If you believe recent media reports, the two international climate change meetings held last week in L’Aquila, Italy, at best failed to do anything and at worst signal that no serious progress will be made on a global ...

The hidden factor that brought down Zelaya

How the U.S. economic meltdown helped create a crisis in Honduras. By Fernando Carrera Castro The coup d’état in Honduras has received due international attention for its political implications — and its potential to erode democracy across Latin America. Unfortunately, that’s only half the story. Equally important are the economic factors that both catalyzed discontent ...