The end of tax havens?

As part of an overall package of regulations, European leaders pledged to crack down on tax havens over the weekend. “We want results on this, with a list of tax havens and a series of consequences,” said French President Nicolas Sarkozy. German Chancellor Angela Merkel, who’s had tax havens in her crosshairs for a while, ... 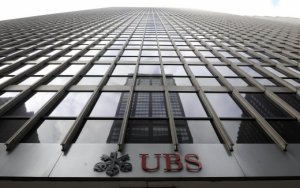 As part of an overall package of regulations, European leaders pledged to crack down on tax havens over the weekend. “We want results on this, with a list of tax havens and a series of consequences,” said French President Nicolas Sarkozy. German Chancellor Angela Merkel, who’s had tax havens in her crosshairs for a while, stressed the need to eliminate ““blind spots on the global map when it comes to financial-market products, market participants and instruments.”

The Organization for Economic Cooperation and Development is preparing a new “black list” of uncooperative tax havens such as Andorra, Monaco, and Liechtenstein. Controversially, several finance ministers are calling for Switzerland to be added to the list. Swiss bank UBS made a historic break with past practice last week by agreeing to divulge the names of 250 customers to the U.S. Justice Department as part of a tax evasion investigation. U.S. authorities are still seeking the identities of 52,000 UBS customers.

With even Swiss banks giving in to investigators, is the era of offshore accounts coming to an end? It’s hard to have too much sympathy for fat cats exploiting legal grey areas to avoid the taxes that the rest of us have to pay, but last March, Cato’s Daniel Mitchell made the case for why a tax haven crackdown should actually worry us:

First, if you live in a developed country, your taxes are probably much lower today than they were 30 years ago, thanks in part to tax havens. […] Governments are cutting taxes because they fear that jobs and investment will flee across national borders. Tax havens, by providing a safe refuge for people seeking to dodge confiscatory tax rates, have played a critical role in these positive developments. Better to get some revenue with modest tax rates, lawmakers have concluded, than impose high tax rates and lose out.

Second, European duchies and Caribbean isles aren’t the only places that welcome tax refugees. The United States, for instance, could be considered the world’s largest tax haven. The U.S. government generally does not tax interest and capital gains received by foreigners who invest in America. And since the IRS does not collect data on those payments, there is rarely any information to share with foreign tax collectors. Moreover, U.S. corporate structures, such as Delaware and Nevada companies, are excellent vehicles for foreigners to manage their investments. Thanks in part to these attractive policies, foreigners today have more than $12 trillion invested in the United States. Yet if Merkel’s efforts are successful and all nations are saddled with the obligation to help enforce foreign tax laws, it is quite likely that a substantial share of that job-creating capital will flee the United States.