How the recession helps Real Madrid 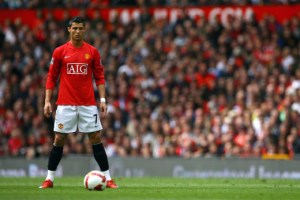 And yet, as the financial crisis deepens, football clubs throughout the world are struggling with debt. Top leagues in Spain, England, and Italy all have teams collectively owing billions. Famous clubs like Liverpool and Valencia have had to delay stadium expansion, restrict new player acquistions, and (in the worst cases, like Valencia) even sell most of their stars.

But even though Real Madrid probably has the most debt of any club in Spain (almost €500 million (corrected), even before this summer’s spree), they have been able to spend with abandon while the economic crisis cripples their rivals. Some of these reasons are legitimate: Real has the biggest fan base in Spain and one of the two or three biggest in the world, along with an excellent television contract (in Spain, contracts are negotiated on a team-by-team basis, not collectively as in most other leagues in Europe and in US sports). As a result, they consistently have among the highest revenues in the world. But, unlike almost every other club, Real has a trump card:

Finally, there’s Real’s status as, effectively, a non-profit social trust. This means they do not need to generate £30 million a year just to service their debt (like United).

Whatever debt they hold (and detail here is murky) is with local banks, many of whom are under political and social pressure not to tighten the screws. Real are too big and too important to fail or to come under the kind of debt pressures that affect traditional clubs. The club’s social, political and economic significance dwarfs that of any other club in the world, with the possible exception of Barcelona. In that sense, they play by a different set of rules.

In other words, unlike almost any other operation in the world (with the possible exceptions of their rival Barcelona and the United States government), Real can keep on spending almost forever, knowing that their debts will never be called in. It really does give a whole new meaning to “too big to fail.”

China Wants to Be Lebanon’s Savior