More Uighur news this morning: the government of Bermuda has accepted four Guantanamo detainees, and says it will give them passports and make them citizens. Yesterday, Palau — another beautiful, beachy island nation — said it would take all 17 for temporary resettlement. Here’s part of the Bermudan premier’s statement: With the signing of his ...

More Uighur news this morning: the government of Bermuda has accepted four Guantanamo detainees, and says it will give them passports and make them citizens. Yesterday, Palau -- another beautiful, beachy island nation -- said it would take all 17 for temporary resettlement. 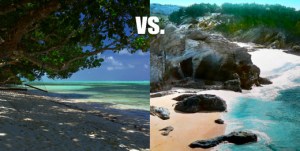 More Uighur news this morning: the government of Bermuda has accepted four Guantanamo detainees, and says it will give them passports and make them citizens. Yesterday, Palau — another beautiful, beachy island nation — said it would take all 17 for temporary resettlement.

With the signing of his first Executive Order as President, President Obama set in motion the closure of the now infamous prison at Guantanamo Bay, Cuba. Of the prisoners held there many are innocent men, held without trial or any form of due process; many are refugees from their own lands whose political views are contrary to the regimes in power there. They have committed no crime. They have laid no plans to harm innocent citizens of any nation, but have been caught in a web of reaction to tragic events which at the time of their happening were not well understood.

In the eight years since these men have been detained the Government of the United States has been clear for some time of their innocence and moreover of their inability to return to their countries of origin. Their detention at Guantanamo Bay in the face of these facts has been termed by international human rights organizations as unjust. The decision to close the prison and to therefore relocate these men is not an easy one and the reluctance of many within the family of nations to absorb them into their populations is evidence of that fact….

[T]he Government of Bermuda has agreed to grant asylum to four refugees previously detained at Guantanamo Bay. These men are landed in Bermuda in the short term, provided with the opportunity to become naturalized citizens and thereafter afforded the right to travel and leave Bermuda, potentially settling elsewhere.

So, why Palau and Bermuda? The countries have more in common than warm sands and clear water and tiny populations. They’re very friendly with the United States for economic reasons.

The U.S. government has military bases on Palau, and has given its government hundreds of millions in aid and financing. (Palau, which was a protectorate until 1994, actually uses the U.S. dollar as its currency.) Bermuda’s economy depends on the United States in no small part as well; a large proportion of Bermuda’s tourists come from the U.S., and Bermuda is a staple off-shore tax haven for U.S. financial firms. Here’s a choice part of that same press release:

Economically, the Government of the United States has long respected the work we do in the area of financial services and as a result the benefits of Bermuda’s healthy insurance sector are evidenced in the billions of dollars in claims that were paid in the US after 9/11, Hurricanes Katrina, Rita and Wilma.