Why is Saudi Arabia buying up African farmland? 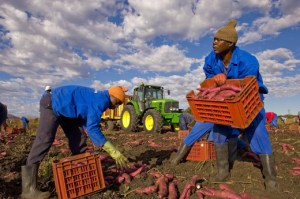 Another analysis of the “land-grabbing” trend relased in June by the U.N. Food and Agricultural Organization and two other agricultural research groups examines more closely the potential positives and negatives of the purchases.

Increased investment may bring macro-level benefits (such as GDP growth and improved government revenues), and may create opportunities for economic development and livelihood improvement in rural areas.

But as governments or markets make land available to prospecting investors, large-scale land acquisitions may result in local people losing access to the resources on which they depend for their food security – particularly as some key recipient countries are themselves faced with food security challenges.

And, as Devindeer Sharma from India’s Forum for Biotechnology and Food Security told the Telegraph on June 28, there is a high chance of a local backlash and investors will have to avoid a neo-colonial image:

“There are 80 Indian companies trying to get land in Ethiopia, and it’s all to be imported back to India. The government of India has been encouraging them,” he said, and warned of danger if famine returned to Africa.

“If food is being shipped out and poor people are dying, what will happen? There would be riots,” he said.

Thoughts? Is the investment good or bad for the recipient countries?

Biden Can Reinvent American Power for a Post-Trump World