By Ian Bremmer On Friday, Saudis will celebrate the 85th birthday of Abdullah bin Abd Al-Aziz. On Sunday, they’ll mark the fourth anniversary of the day he became king. For those inside and outside the kingdom hoping for deeper and broader political and social liberalization, Abdullah’s reign has always been a good news/bad news story. ... 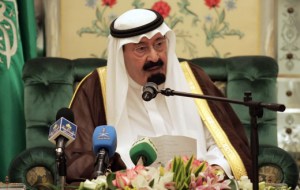 On Friday, Saudis will celebrate the 85th birthday of Abdullah bin Abd Al-Aziz. On Sunday, they’ll mark the fourth anniversary of the day he became king. For those inside and outside the kingdom hoping for deeper and broader political and social liberalization, Abdullah’s reign has always been a good news/bad news story. The good news: reform has made progress. He has actively promoted “brotherly dialogue” with Christian, Jewish, Buddhist, Confucian, and other religious leaders. Media criticism of government and of the kingdom’s religious conservatism has become much more commonplace. Several hardliners have been pushed from positions of power within the establishment. Abdullah’s reign has encouraged female members of the royal family to campaign openly for greater rights for women, and we’ve seen the first appointment of a female deputy minister. These achievements haven’t come easily and shouldn’t be dismissed.

The bad news: reform has moved very, very slowly. The inter-faith dialogue has not created anything approaching religious freedom within the kingdom. Women are still denied rights considered fundamental in other Arab countries. Efforts to rein in the so-called Commission for the Promotion of Virtue and the Prevention of Vice, a religious militia that uses physical violence to enforce Wahhabi rules of dress and behavior, have produced little progress.

But a pair of recent setbacks suggests the opening of Saudi society may actually be moving from slow speed into reverse. First, despite direct early support from King Abdullah, plans to reopen public movie theaters, banned across the kingdom for the past three decades, have recently been reversed-and a Saudi film festival in Jeddah was abruptly cancelled two weeks ago. Second, the editor of a leading Saudi newspaper was fired in June after a reporter at the paper offended Interior Minister Prince Nayef bin Abd Al-Aziz by appearing to criticize the Committee for the Promotion of Virtue and Prevention of Vice.

In addition, though there’s nothing new about Internet censorship in the kingdom, credible rumors suggest the Saudi government may soon mandate installation of a state-owned computer chip in every Saudi computer, one that would allow authorities to track all Internet activity within the country. As with the controversial Green Dam project in China, the stated purpose would be to crack down on pornography. But, also as in China, the state officials who monitor all this traffic would be unlikely to ignore online content that poses political or social challenges for the House of Saud.

Prince Nayef, Abdullah’s half-brother, is the embodiment of the conservative backlash. His clout appears to have grown with his appointment earlier this spring as second deputy prime minister, an innocuous sounding position that some fear may position him to become king following Abdullah’s death. This speculation has intensified with doubts over the health of 84-year-old Crown Prince Sultan, the man most likely to replace Abdullah — if he lives long enough.

These defeats for reform provide an early warning sign of rising levels of dissension within the Saudi elite — and possibly of anxiety among senior members of the royal family as they begin to think more seriously about the eventual succession process.

In the near term, infighting could undermine the ongoing effort to diversify the Saudi economy — as well as the political and social reform process. Longer-term, if Sultan dies before Abdullah, champions of reform inside and outside the kingdom will worry more openly that Nayef might one day become Saudi Arabia’s king.