How Google and governments should manage Africa’s Internet boom

West Africa’s SAT-3 broadband cable connection to Europe was severely disrupted this week, temporarily crippling many industries like Nigeria’s banking sector, as that country lost 70% of its bandwidth. It could take up to two weeks to fix the offshore cable, which runs from Portugal all the way to South Africa.  Meanwhile, East ... 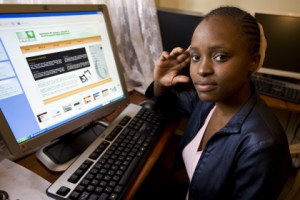 West Africa’s SAT-3 broadband cable connection to Europe was severely disrupted this week, temporarily crippling many industries like Nigeria’s banking sector, as that country lost 70% of its bandwidth. It could take up to two weeks to fix the offshore cable, which runs from Portugal all the way to South Africa.

Meanwhile, East Africa has been awash in coverage and excitement about SEACOM, the coast’s first broadband hookup, since its launch last week.

Along with excitement, the Internet boom raises some policy questions for African governments and companies. On the governmental side, Nigeria is now being lobbied by business groups to declare SAT-3 “critical infrastructure” and help avoid future breakdowns. East African governments should take note: the downside of increased Internet connectivity is increased vulnerability when one of your only connections goes down.

As far as the private sector, Steve Song, creator of that awesome broadband cable map, has an interesting series: “What Google Should do in Africa.” Song’s biggset priorities are that the company should 1) Support open spectrum; 2) Launch Google Voice in Africa; and 3) Lobby for cheaper SMS (text messaging) rates.

Of particular interest to me is the SMS suggestion, as mobile phones and SMS are frequently cited as a potentially powerful tool for poverty reduction. A Stanford classmate of mine, for example, helped found FrontlineSMS: Medic to reduce costs of rural healthcare using mass texting technology.

As Song notes, Google is interested, and recently rolled out a partnership in Uganda with the Grameen Foundation and MTN, a wireless company, to increase information availability, particularly for rural farmers. Though applauding the initiative, Song is skeptical of the choice to make the new technology available with only one company.

There is a desperate need for organisations like Google who have a vested interest in seeing more data traffic to help lobby for more competition, for lower barriers to entrepreneurship in the telecom sector, and for cheaper access for all.

So when I see the company that wagered billions in the 700MHz spectrum auction in the U.S. to effectively arm-wrestle Verizon into OpenAccess conditions, the company that has made countless submissions to the FCC to lobby for unlicensed access to television white spaces spectrum, announce that they have “partnered” with a single mobile operator in Uganda to deliver SMS services, you will understand me if I seem a little let down.

I agree with the sentiment, but for what it is worth MTN Uganda is the largest provider, with over half of the market share. And as desirable as it may be for Google to work with everyone, logisitcally, you have to start somewhere.

<p> Michael Wilkerson, a journalist and former Fulbright researcher in Uganda, is a graduate student in politics at Oxford University, where he is a Marshall Scholar. </p>
Tags: Africa, Cyber Security & Hacking, Science and Technology
Latest