Colonel Timothy Reese’s suggestion is appealing, of course. And he is good in listing everything that is going wrong. Reading his lists, you’d almost think the situation in Iraq is unraveling: The ineffectiveness and corruption of GOI Ministries is the stuff of legend. The anti-corruption drive is little more than a campaign tool for Maliki ... 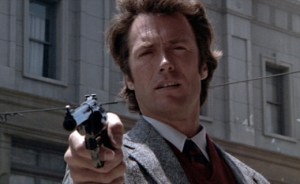 Colonel Timothy Reese’s suggestion is appealing, of course. And he is good in listing everything that is going wrong. Reading his lists, you’d almost think the situation in Iraq is unraveling:

1. If there ever was a window where the seeds of a professional military culture could have been implanted, it is now long past. US combat forces will not be here long enough or with sufficient influence to change it.

2. The military culture of the Baathist-Soviet model under Saddam Hussein remains entrenched and will not change. The senior leadership of the ISF is incapable of change in the current environment.

a) Corruption among officers is widespread

b) Neglect and mistreatment of enlisted men is the norm

f) Extreme centralization of C2 is the norm

g) Lack of initiative is legion

h) Unwillingness to change, do anything new blocks progress

j) For every positive story about a good ISF junior officer with initiative, or an ISF commander who conducts a rehearsal or an after action review or some individual MOS training event, there are ten examples of the most basic lack of military understanding despite the massive partnership efforts by our combat forces and advisory efforts by MiTT and NPTT teams.

The question the colonel’s memo begs is just how bad it gets after we leave, and whether Turkey, Iran and more intervene more than they have already. What are the chances of a regional war? Feeling lucky, punk? Well, are you?

What happens after we leave? How do we mitigate the damage done? I really don’t see how hanging a “mission accomplished” banner would work any better for the Obama administration than it did for the Bush administration.