A young acquaintance of mine due to report to the Army’s military intelligence school later this year asked for some reading recommendations to prepare for the classes. Having no idea, I asked some knowledgeable friends. Here are their picks: Army Reserve Maj. Kyle Teamey, a counterinsurgency expert: If this is a brand new lieutenant with ...

A young acquaintance of mine due to report to the Army's military intelligence school later this year asked for some reading recommendations to prepare for the classes. Having no idea, I asked some knowledgeable friends. Here are their picks: 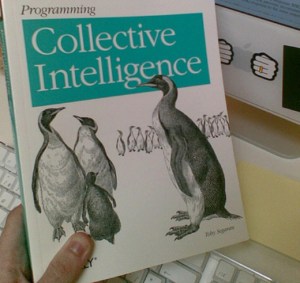 A young acquaintance of mine due to report to the Army’s military intelligence school later this year asked for some reading recommendations to prepare for the classes. Having no idea, I asked some knowledgeable friends. Here are their picks:

If this is a brand new lieutenant with no previous service experience, he/she should focus first on learning the basics of soldiering, tactics, and leadership …. [and] start with the same books a young infantry or armor officer might read:

Retired Army Col. John Collins, who enlisted as a private in 1942, served in three wars, and also is author of Military Geography and Military Strategy :

Kent’s is very good; hence naming the school after him. I would add:

Retired Marine Col. T.X. Hammes, author of The Sling and the Stone:

Stuart Herrington’s Silence Was a Weapon. Amazon has it used for under $10. Obviously good for COIN. For conventional tactical, the Marine Corps republished a small manual called ‘Intelligence for Frontline Units.’ Not sure where he can get that one.”

Sandler, Todd, et. al., ‘Terrorist Signalling and the Value of Intelligence’ (British Journal of Political Science, October 2007), Brian Dunmire’s recent article from Military Intelligence, ‘Army Strategic Intelligence,’ and Don Hanle’s Terrorism: The Newest Face of War, would be my recommendations. The Dunmire article is very helpful on the career field itself and some key issues strategic intelligence faces, especially in the Army. Insightful and informed. Hanle’s book provides the most immediately applicable and functional method of analyzing terrorism that I know about. The book is especially valuable when read with T.X. Hammes’ The Sling and The Stone.”

Compton McKenzies’ Water on the Brain. a comedy/satire written about rivalry between competing intelligence agencies in England in 1933. It was based on MacKenzies‘ experience as a MI6 agent during WWI and was his revenge for being prosecuted under the official secrets act for trying to publish his memoir of the war in 1932. He nails the war between bureaucracies better than anyone I have read, and it is one of the few books that I have consistently laughed out loud as I read it. Frankly it should be required reading for any person in a large organization.”

Lin Todd, a specialist in counterterrorism in the Middle East:

Richards Heuer’s ‘Psychology of Intelligence Analysis’ is a classic primer on analysis of intel of all sorts. In addition, Front Line Intelligence by COL Robert Robb and LTC Stedman Chandler, which is an S2 AAR of intelligence from WWII, might be useful.”

Shawn Brimley, one of the brains behind the QDR:

Three additional books that have influenced my thinking on this issue are:

Thomas E. Ricks covered the U.S. military from 1991 to 2008 for the Wall Street Journal and then the Washington Post. He can be reached at ricksblogcomment@gmail.com. Twitter: @tomricks1
Tags: Military, Strategic Intelligence