On August 20th, Afghans vote in the first presidential election monitored and administered by the country itself in more than 30 years. Who is likely to win? And What is at stake?

In the last hours before the Afghan election, our AfPak experts make their final election-outcome predictions. Surprisingly, their thinking predicts a much tighter race than many originally expected, closer than forecasts made even just a few weeks ago. Indeed, a slim majority of our experts believe that incumbent president, Hamid Karzai, will be forced into a runoff by receiving less than 50 percent of the vote, and even those who predict an outright Karzai win think he will receive just over 50 percent. No one will know the results for at least two weeks more, there are over 30 candidates contesting on tomorrow’s ballot. Here are Karzai's three main competitors.

THE EXPERTS WEIGH IN

In the last hours before the Afghan election, our AfPak experts make their final election-outcome predictions. Surprisingly, their thinking predicts a much tighter race than many originally expected, closer than forecasts made even just a few weeks ago. Indeed, a slim majority of our experts believe that incumbent president, Hamid Karzai, will be forced into a runoff by receiving less than 50 percent of the vote, and even those who predict an outright Karzai win think he will receive just over 50 percent. No one will know the results for at least two weeks more, there are over 30 candidates contesting on tomorrow’s ballot. Here are Karzai’s three main competitors.

And the Winner Is…

No matter what the pundits and the election commission say after tomorrow’s elections in Afghanistan, one thing seems clear: we know who has won. It is the people of Afghanistan. Rather than hurl rockets or grenades at each other, they have debated and traded arguments. Rather than picking up arms, they clicked on to their computers and glued themselves to their TV screens to watch what the candidates were saying.

The Perils of Polling

On the eve of the Afghan presidential election, there are very few public polls on which analysts and commentators can base their forecasts. So it’s worth taking a moment to evaluate how useful these are and consider some of the biases that confound accurate polling.

The Afghan Elections: An Insider’s Guide

With three days until ballots are cast in presidential and provincial elections here, an air of uncertainty hangs over a process that U.S. President Barack Obama has called the most important event of the year in Afghanistan. Threats of violence along with worries about the potential for electoral fraud and possible post-election political violence loom, and no one knows what quite to expect in the coming days and weeks here.

The good news from Afghanistan is the seeds of democracy have clearly taken root and there has been vigorous public discussion in the build-up to the August 20 election. The bad news is that election dynamics and poor election management could exacerbate historic ethnic and North-South tensions, leading to a potentially explosive mix.

Candidates on Parade in Kandahar 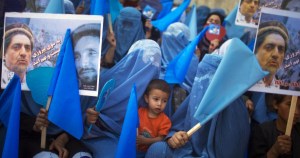 With only four days to go before the elections, I thought it might be useful to comment on how the opposition candidates’ rallies went this past week. Myself and my colleague were graced with the presence of a good half dozen members of the international press corps this week, and in all likeliness you’ll read several pieces from Kandahar in the next few days. I’ve just seen Jon Boone did one for the Observer which isn’t that bad. Give it a read.

Wednesday the 12th was Abdullah’s day in town. The old Communist governor of Kandahar, Noor ul-Haq Ulumi, who was responsible for buying off the mujahedeen in greater Kandahar at the end of the anti-Soviet war had come down a few days earlier to meet elders and prepare for the rally. He chose an empty patch of land next to his house as the site for the rally, and people began to arrive there early in the morning.

Afghanistan should, perhaps, be called the “graveyard of expectations.” Every time the shrewd analyst thinks he knows what is going to happen, the picture shifts. The country’s presidential election, scheduled for August 20, is no exception.

Just a few weeks ago, pundits were nodding sagely at the political astuteness of the incumbent, Hamid Karzai. He has spent the past year assiduously courting and bullying the tribal leaders and strongmen who control the country, promising them jobs, perquisites, forgiveness of past sins, even the odd province or two. The process might have been a bit unsavory, but international election experts were saying they expected a “fair enough” referendum on Karzai’s tenure — in which, both inside Afghanistan and abroad, the president’s re-election was thought to be a sure thing.

A primer on the epicenter of global terrorism.

With presidential elections approaching and a wave of U.S. troops who entered last month, Afghanistan has been struggling to establish itself as a stable state. The war that began after the 9/11 terrorist attacks has dragged on, and the only thing certain is that there’s still a long road ahead.

Jean MacKenzie is director of the Institute for War and Peace Reporting in Afghanistan. She has spent the past five years in Kabul, working with Afghan journalists and writing extensively about the country.
Tag: Elections