The Middle East consumes too much oil. 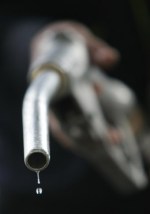 As oil prices skyrocketed in the last few years, many analysts pointed to booming demand in China and India. But they’re only part of the picture. It’s true that daily Chinese consumption surged from 4.8 million barrels per day in 2000 to 7.9 million barrels in 2008, while Indian demand rose from 2.1 to 3 million. Big fuel subsidies and rapidly expanding middle classes drove the jumps. Meanwhile, combined European and U.S. oil use declined slightly. The International Energy Agency predicts that China will account for more than 40 percent of the global rise in oil demand through 2030, while India will take up another 20 percent.

Fixating on Asia, though, misses two other critical factors. The first is the Middle East. Long seen strictly as a producer, it has in fact become a major consumer of oil. Middle Eastern countries will gobble up nearly 50 percent more oil than India in 2030, despite being home to just a fifth as many people.

The reason? Massive oil subsidies that put China and India to shame. Showering your citizens and companies with $20-a-barrel oil is easy when you can produce the stuff yourself for that much or even less. As a result, it will be far harder to persuade oil producers to part with their subsidies than it will be to convince the Chinese to do the same. That probably means less oil left for the rest of the world — and higher prices to boot.

The other wild cards are wealthy countries, like the United States. They have few options to cut oil consumption quickly, but far more opportunity over the long haul. A 20 percent cut in oil consumption by the world’s wealthy countries in 2030 would completely offset the expected increase in Chinese demand; a similar cut in U.S. gas guzzling would neutralize the expected Indian increase.

If African Governments Won’t Act, the People Will