In 2007, the London Review of Books published a piece entitled “Inconvenient Truths” about the conviction and subsequent appeals of Libyan intelligence agent Abdelbaset Ali al-Megrahi for the bombing of Pan-Am flight 103. The article, written by Hugh Miles, explained that even at the time of the conviction there were many questions, and that ... 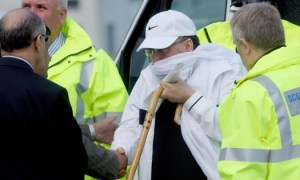 In 2007, the London Review of Books published a piece entitled “Inconvenient Truths” about the conviction and subsequent appeals of Libyan intelligence agent Abdelbaset Ali al-Megrahi for the bombing of Pan-Am flight 103. The article, written by Hugh Miles, explained that even at the time of the conviction there were many questions, and that al-Megrahi’s appeal (which he withdrew in order to be released on medical grounds last week) had a chance of succeeding.

Lawyers, politicians, diplomats and relatives of Lockerbie victims now believe that the former Libyan intelligence officer is innocent. Robert Black QC, an emeritus professor of Scottish law at Edinburgh University, was one of the architects of the original trial in Holland. He has closely followed developments since the disaster happened and in 2000 devised the non-jury trial system for the al-Megrahi case.

Evenbefore the trial he was so sure the evidence against al-Megrahi would not stand up in court that he is on record as saying that a convictio nwould be impossible. When I asked how he feels about this remark now, Black replied: ‘I am still absolutely convinced that I am right. No reasonable tribunal, on the evidence heard at the original trial, should or could have convicted him and it is an absolute disgrace and outrage what the Scottish court did.’

In this context the outrage over al-Megrahi’s release by Scotland last week–because he has terminal cancer –might need to be reevaluated. The same goes for resultant anger over Libyan leader Muammar al-Qaddafi’s visit to the U.N. and New York in September. Following up on the London Review of Books’ blog this week, Glen Newey makes the astute, if impolitic point that the release, and drop of al-Megrahi’s appeal, was likely best for the political fortunes of everyone involved:

It served nobody’s interests to have the Lockerbie bombing conviction debated in open court. Hence the great good fortune of al-Megrahi’s terminal prostate cancer, which sped his release from Greenock. With a ‘compassionate’ wave of the biro, the SNP administration has rid itselfof a high-profile prisoner with an unsafe conviction and enhanced, orcreated, its international profile. The UK government can keep in withthe Libyans and protect its commercial contracts, on the plea ofrespecting devolved powers. Meanwhile, in a rerun of the Cold War great game, we need to oil our way into the Colonel’s tent ahead of the Bear: recently Russia has been angling for a naval base in Benghazi. So even the Obama administration has reason to mute its complaints. It’s almost enough to make one believe in divine providence.

None of this, of course, is any consolation to the families of the bombing victims, but it gives a very plausible explanation for what might be going on behind the scenes.

To be clear, it is unlikely officials could fake the cancer diagnosis and Al-Megrahi does not look very well in the photos of his departure from Scotland. But well, who knows? Maybe he’ll make a miraculous recovery at home in Libya.