Anthropology of an Idea: ‘Behavioral Economics’

Calculating the cost of human foibles.

Economists have suffered a collapse in credibility since the global financial crisis began. Faith in the efficiency of markets and the invisible hand is out; “behavioral economics,” which stresses that humans are fundamentally irrational actors, is in. We are blind to risk; we make decisions on a whim; we prefer consuming now over saving for later. Human fallibility seems to be the perfect explanation for an unfathomable crisis. Here’s how — after years of being considered a quaint subfield — behavioral economics has finally stolen the limelight. 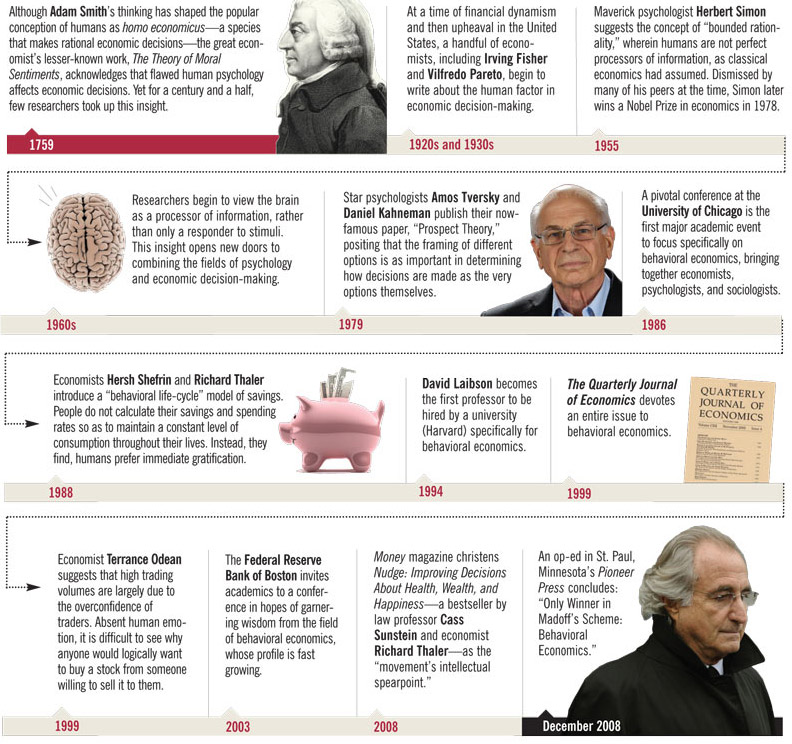