Handicapping the race for EU president.

It's been a big few weeks for foreign-policy wonks with a betting streak, with the awarding of the 2016 Olympics and Nobel Prizes as well as Ireland's ratification of the Lisbon Treaty. Although some hurdles remain, the referendum has made the creation of a president of the European Union much more likely -- spurring some serious transatlantic speculation over who would fit the bill.

Normally, the politicking over which continental political heavyweight might grab an EU post is minimal. The roles tend to be bureaucratic and, put frankly, Brussels tends to be a pretty dull place. But the novelty and the relatively undefined nature of the beefed-up EU presidency has given the race some intrigue.

It’s been a big few weeks for foreign-policy wonks with a betting streak, with the awarding of the 2016 Olympics and Nobel Prizes as well as Ireland’s ratification of the Lisbon Treaty. Although some hurdles remain, the referendum has made the creation of a president of the European Union much more likely — spurring some serious transatlantic speculation over who would fit the bill.

Normally, the politicking over which continental political heavyweight might grab an EU post is minimal. The roles tend to be bureaucratic and, put frankly, Brussels tends to be a pretty dull place. But the novelty and the relatively undefined nature of the beefed-up EU presidency has given the race some intrigue.

As certain politicians have emerged as speculative front-runners, an informal set of criteria has emerged as well. European leaders and Brussels-watchers handicapping the race often comment on the characteristics they deem desirable in an EU president.

First, the president should be, well, boring — like Brussels itself. Politicians have knocked down candidates for being too controversial or too outspoken. Second, he should likely hold center-right or Christian Democratic political tendencies, given that Europe itself is headed that direction. Third, he should come from a country that uses the euro — showing full fealty to the concept of the union. Fourth, he should come from a small European country — anything other than Britain, France, Germany, and Italy, which normally dominate the union’s affairs. Finally, two wild-card characteristics: He should ideally speak French and have opposed the 2003 U.S. invasion of Iraq — if not at the time, then soon afterward.

Above, I’ve judged the most-often mentioned candidates on these parameters. And below, I’ll discuss the top contenders in more detail. 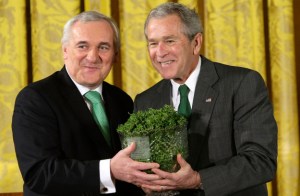 Ahern helped broker the Northern Irish peace agreement and spurred the Irish economy to become the fastest-growing in Europe, winning the moniker the “Celtic Tiger.” But he also oversaw a building boom and credit bubble — meaning Ireland fell into a deep depression when the credit crunch and global financial crisis hit. He resigned amid a brewing scandal over illegal campaign donations.

Ahern is well-liked and well-respected as a deal-maker. He recently received the backing of Polish Prime Minister Donald Tusk (though he would back fellow Pole Aleksander Kwasniewski, the former president, if he ran). But Ahern is likely too brash to win over Brussels — he (gasp) even said he wanted the gig. 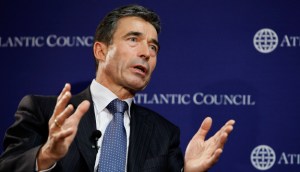 Title: Prime minister of Denmark from 2001 to 2009, current secretary-general of NATO

This “Dashing Dane” (repeatedly cited as the handsomest European leader, much to Silvio Berlusconi’s chagrin) is intelligent, centrist, and popular. He is also a dominant power broker on the European stage as the current secretary-general of NATO. But he only won the job with U.S. support, because he is strongly disliked in Turkey. (He refused to apologize for a Danish paper’s printing of an incendiary cartoon of Prophet Mohammed.) He also won plaudits for his oversight of the contentious 2002 EU expansion debates.

His chances might be hurt by some of Denmark’s EU opt-outs — particularly its decision not to use the euro or take up a common defense agreement. But Rasmussen has ordered referendums on those issues and is both pro-euro and pro-European integration. He also might appeal to small countries, which will want the presidency to go to politicians from dominant EU powers, Britain, France, and Germany. 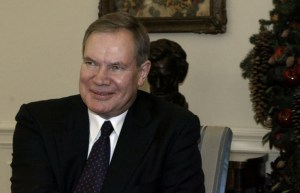 Lipponen is often cited as a leading candidate who might win the all-clear if not the support of Britain, France, and Germany. He ushered Finland — traditionally a neutral country that has long resisted aligning itself with Europe — into the European Union. He was and remains consensus-oriented — and is dry enough to appease Brussels. He also speaks fluent French and English, two tacit requirements.

He does, however, have two main marks against him. First, he is a Social Democrat at a time when Europe is moving right. Second, there were allegations that he supported the U.S. invasion of Iraq, a decision that contributed to the loss of his position as prime minister. (Lipponen has since attested to his and Finland’s neutrality.)

Commentators have also noted that Lipponen’s election might imply a more minimalist, domestically focused role for the EU president. He is well-respected in Europe, but does not carry much international clout. 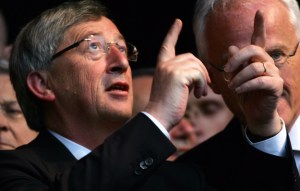 Title: Prime minister of Luxembourg since 1995, chairman of the Eurogroup

Juncker is currently the longest-serving head of government in Europe, strongly pro-integration, and popular on the continent and in his country. He was one of the primary architects of the Maastricht Treaty, which led to the creation of the euro, and engineered the opt-out clause. He also initiated the “Luxembourg process” for integrating European policy against unemployment. Juncker is generally inoffensive and something of a snooze — which, in Brussels, are considered major pluses.

But Juncker has advocated for the EU presidency to go to a small country, possibly from “New Europe” as opposed to “Old Europe,” and not to a juggernaut like Germany or Britain.  This might ruffle feathers. British ministers have raised questions about Juncker’s federalism — his advocacy for more monolithic and stronger Europe policies — and might attempt to block his ascension. 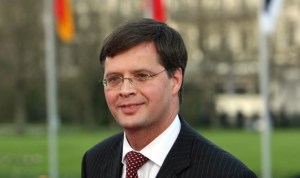 Title: Prime minister of the Netherlands since 2002

Balkenende — nicknamed “Harry Potter” by the Dutch press for his youthful looks — ticks numerous boxes. (In fact, he and Juncker are the only two politicians who seem to tick all of them.) He’s a conservative, but works readily in coalitions with his country’s left-wing parties. He is from a small Benelux country, with a strongly pro-Europe and highly inclusive bent. He is somewhat soft-spoken and obscure continent-wide — characteristics that might be a plus, given that he has relatively few enemies. 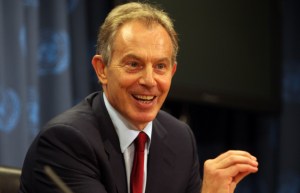 Blair is the most commonly mentioned name for EU president, and — not coincidentally — the most famous politician in Europe. As the head of Britain’s center-left Labour Party, he presided over a long period of expansion in the British economy. He was also notable for his strident support of the U.S. war in Iraq and for his euro-skepticism. Indeed, Britain has not adopted the euro and has chafed against integrating economic and defense policy with the continent. He is also derided as a “poodle” or “lap dog” for Washington.

Blair’s ace in the hole is his international stature: He has a command of the international stage like no other European. If Europe decides it wants to take on the United States and China as a world superpower, Blair would be the president who commanded the most attention. Whether this counts for or against him remains the question.