The disaster drugs: heroin and cocaine. 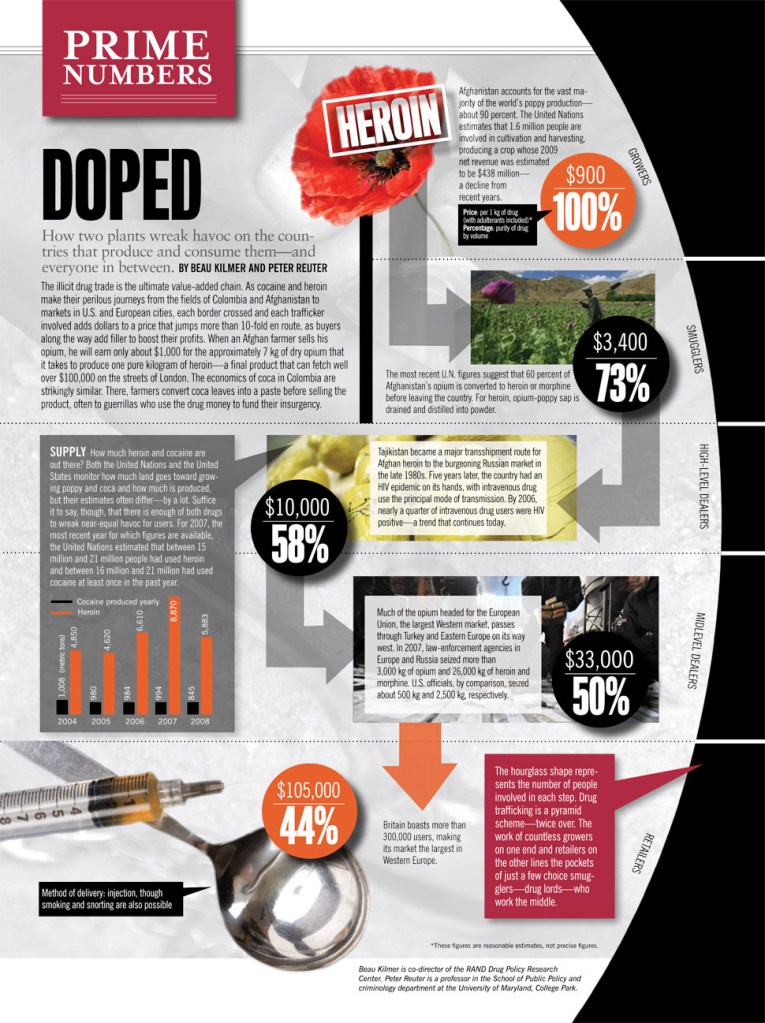 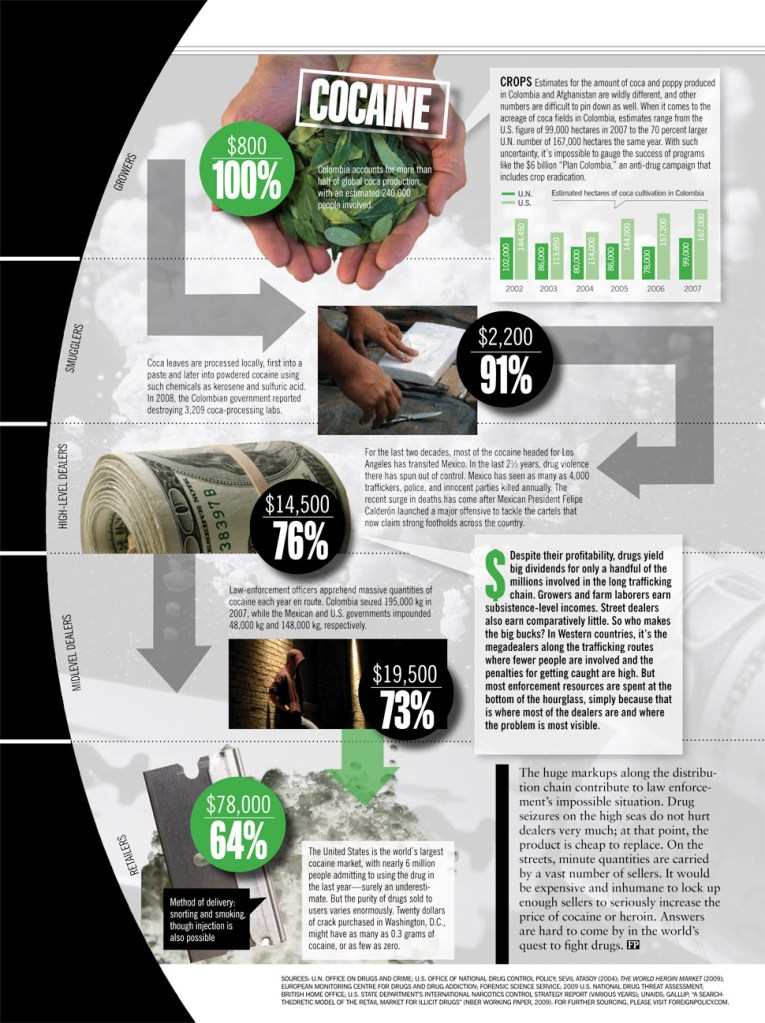 This table demonstrates how the purity and price of illegal drugs changes through the distribution system. It costs less than $1,000 to purchase enough coca and opium from farmers to produce a pure kilogram and that amount fetches well over $100,000 on the streets. In general, at each stage in the distribution chain the purity decreases as suppliers add adulterants to the product. The price per pure kilogram also increases at each link in the chain, with large jumps occurring when the product is smuggled across borders. Since price and purity data are limited and the values can fluctuate dramatically within a year and within a country, these estimates should be considered reasonable rather than precise.

Reasonable price and purity estimates for 1 kilogram of cocaine and heroin through the distribution system, circa 2007

Notes: These figures come from several publicly available sources and are rounded to highlight the uncertainty. If ranges are available or information is derived from multiple sources, estimates presented based on the midpoint. The raw price represents the value of a typical kilogram with adulterants included. When we divide the raw price by typical purity we generate the price per pure gram (100% pure).

Peter Reuter is Professor in the School of Public Policy and the Department of Criminology at the University of Maryland. He is the editor of Draining Development? Controlling Flows of Illicit Funds from Developing Countries, a new collection of World Bank research papers.
Latest