Who Killed Copenhagen? An FP Whodunnit.

This weekend, world leaders announced that they would not reach a legally binding deal on climate change at next month's Copenhagen summit. With the planet in the balance, who's the world's top culprit?

Who? President of the United States

Who? President of the United States

The crime:  Obama came into office promising sweeping change and pledging to make the United States a global climate leader. But last weekend, at the Asia Pacific Economic Cooperation meeting in Singapore, world leaders dashed global hopes that a fully binding international legal agreement on climate change would happen next month. The new goal of the upcoming U.N. climate treaty at Copenhagen, they announced, would be to reach a “political” consensus about possible next steps. And they punted on the most difficult questions — of national targets for greenhouse gas cuts, and who will pay for them — into the future.

Obama’s role in delivering the bad news was a sad spectacle, but not really a surprise. It marked the culmination of a year in which climate has all but slipped off the president’s agenda. While a host of European leaders, from Gordon Brown to Angela Merkel, have publicly stated their intention to attend Copenhagen and committed to carbon reductions, Obama has stonewalled. Earlier this year the president traveled to the Danish capital to lobby (unsuccessfully) for Chicago’s Olympic bid. But he hasn’t committed to heading across the pond to lobby for the planet’s future. Obama said he would only go to Copenhagen if his appearance would seal the deal — the deal he just helped scuttle (an unhappy self-fulfilling prophecy). Plus, Obama’s ambivalence has deflected pressure from two other big emitters: China and India. 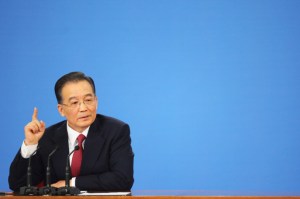 Who? Premier of People’s Republic of China

The crime: Wen commands more international affection than most Chinese politicians. But as chair of China’s national climate committee, Uncle Wen let the world down. It’s true that China has come further on climate issues in recent years than most observers expected. Before 2007, climate change was largely off the public radar in China, with Chinese journalists and experts wary of making public statements before the parameters of the official position were known. In the intervening years, the world’s top carbon emitter has stepped up its research on the impacts of climate change and made real strides on energy efficiency and renewable energy.

But, all the while, China has clung stridently to the principle of “common but differentiated responsibilities,” wherein the developing countries that have contributed the most cumulative carbon to the atmosphere ought to shoulder the majority of the practical and financial burden for reducing emissions. Whether or not the there is logic to this argument, the way China has presented it has surely not signaled that it is open and willing to negotiate. (“Developed countries must lead the way with transforming their unsustainable production and lifestyle,” China’s top economic minister recently said.) Such finger-pointing at the West has only fueled suspicion of China on Capitol Hill, giving U.S. cap-and-trade skeptics another reason for inaction. 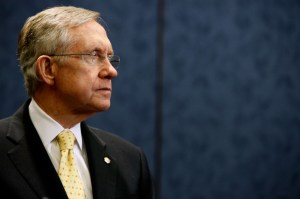 Who? Democrat of Nevada and Senate majority leader

The crime: He’s made a lot of promises — but not kept them. In January, Reid pledged that the U.S. Senate would pass climate-change legislation before the summit in Copenhagen. Last month, with still no bill in sight, a reporter asked if a bill would even reach the Senate floor, let alone pass, before the summit began. Reid responded with a less-than-inspiring but still affirmative, “Yup.” But as of today, it hasn’t happened. The Senate cap-and-trade bill — a version of which the House, headed by Majority Leader Nancy Pelosi, passed in June — languishes in the committee-approval stage. There is no possibility of a vote until next year.

The Senate has run out of time, and it has hamstrung the efforts of the rest of the world. Indeed, as Reid knew, action in Congress was a prerequisite to progress in Copenhagen. Last spring, Obama indicated that he would not agree to internationally binding carbon-reduction targets unless the U.S. Congress had already passed its cap-and-trade bill. The United States needed to make sure its international agreements comported with domestic law, he said — and therefore it needed to have its domestic law set first. Reid’s foot-dragging ensured that did not happen, causing Obama to punt on Copenhagen and the global agreement to evaporate. Granted, Reid says he needed the legislative time to eke out a massive overhaul of the U.S. health-care system (a Senate vote is expected on that bill next month). But Pelosi managed to do her part — and had Reid fast-tracked or rushed a vote, the world wouldn’t be waiting. If any single body bears blame for Copenhagen’s faltering, it is the Senate — and if any single person is responsible for the Senate, it is Harry Reid. 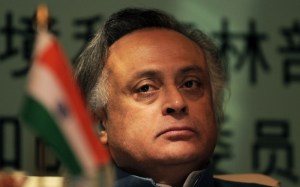 Who? India’s minister of state for environment and forests

The crime: Two years ago, the Intergovernmental Panel on Climate Change, a U.N. research organization, issued a report on climate change. It concluded that the Himalayan glaciers in India were among the fastest-receding on Earth and that they might disappear by 2035. India has long resisted international efforts to rein in its emissions, but this month, India’s environment minister released a classic piece of oppo research, arguing that climate change is not responsible for glacier melting and implying that political concerns underpinned the IPCC report. “This comes from Western scientists,” Jairam said, apparently ignorant that the report’s primary author is Indian. “It is high time India makes an investment in understanding what is happening in the Himalayan ecosystem,” he added.

This sort of diversionist finger-pointing exemplifies Ramesh’s beliefs about global warming. He agrees that climate change exists. He contends that “no country in the world” is as vulnerable to its effects as India, with its long floodable coastline and monsoon-dependent crops. But he has refused to have India agree to binding international targets, arguing that developed economies should do more instead — butting heads with dignitaries such as U.S. Secretary of State Hillary Clinton and with Copenhagen negotiators along the way. 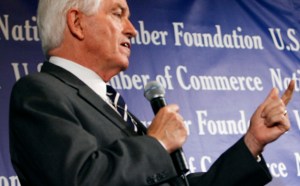 Who? President and chief executive officer of the U.S. Chamber of Commerce

The crime: If Copenhagen were a person and FP were prosecuting for its death, we’d charge most of the offenders on our list with manslaughter. But the U.S. Chamber of Commerce’s Tom Donohue could stand for murder charges. His organization actually set out to kill a deal. Climate legislation has stalled in the U.S. Congress, crippling the chances of any international agreement, in no small part because of the redoubled efforts of American industry and business lobbyists. According to an analysis by the Center for Investigative Journalism in Washington, “More than 1,150 companies and advocacy groups had hired an estimated 2,810 lobbyists on climate change” — five for each member of Congress.

The chamber has been front and center in efforts to convince legislators to just say no to cap-and-trade legislation, arguing that measures enacted now to save the planet wouldn’t be worth the upfront cost to the U.S. economy. The chamber, for instance, has been one of the backers of a fake grassroots group called “Energy Citizens,” which, according to its press release, held rallies to “to aim a loud message at those states’ U.S. senators to avoid the mistakes embodied in the House climate bill.” The question, really, is just who Donahue is speaking for today? With concern about climate on the rise in the U.S., marquis companies like Apple and Levi Strauss & Co. have quit the chamber to protest its obstructionist stance.

Christina Larson is an award-winning foreign correspondent and science journalist based in Beijing, and a former Foreign Policy editor. She has reported from nearly a dozen countries in Asia. Her features have appeared in the New York Times, Wired, Science, Scientific American, the Atlantic, and other publications. In 2016, she won the Overseas Press Club of America’s Morton Frank Award for international magazine writing. Twitter: @larsonchristina
Annie Lowrey is assistant editor at FP.
Tags: Economics, Environment

NEW FOR SUBSCRIBERS: Want to read more on this topic or region? Click + to receive email alerts when new stories are published on Economics, Environment