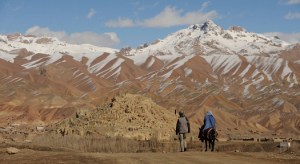 Here are his four scary headings:

Several frequent posters need to read his whole article. You know who you are.

Thomas E. Ricks covered the U.S. military from 1991 to 2008 for the Wall Street Journal and then the Washington Post. He can be reached at ricksblogcomment@gmail.com. Twitter: @tomricks1
View
Comments
Tags: Afghanistan, Middle East