All the Presidents’ Men

Many politicians, public intellectuals, and political pundits have been greatly influenced by former U.S. presidents, be it Jefferson, Hamilton, Wilson, or Jackson. 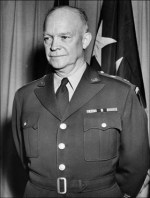 “[W]e must guard against the acquisition of unwarranted influence … by the military-industrial complex. The potential for the disastrous rise of misplaced power exists and will persist.” Dwight D. Eisenhower, farewell address, Jan. 17, 1961

“One class of our citizens indulges in gushing promises to do everything for foreigners, another class offensively and improperly reviles them; and it is hard to say which class more thoroughly misrepresents the sober, self-respecting judgment of the American people as a whole. The only safe rule is … to ‘speak softly and carry a big stick.'” Theodore Roosevelt, An Autobiography, 1913

“Let every nation know, whether it wishes us well or ill, that we shall pay any price, bear any burden, meet any hardship, support any friend, oppose any foe to assure the survival and the success of liberty. This much we pledge — and more.” John F. Kennedy, 1961 inaugural address

“Americans love a winner. Americans will not tolerate a loser. Americans despise cowards. Americans play to win all the time. I wouldn’t give a hoot in hell for a man who lost and laughed. That’s why Americans have never lost nor will ever lose a war, for the very thought of losing is hateful to an American.” George S. Patton, speech to the 3rd Army, June 5, 1944

Walter Russell Mead is the Henry A. Kissinger senior fellow in U.S. foreign policy at the Council on Foreign Relations. This essay is adapted from his forthcoming book, Power, Terror, Peace, and War: America's Grand Strategy in a World at Risk (New York: Knopf, 2004).
Tags: Economics, Politics

The Power of China’s Blank Sheets of Paper

Why Fighting for Russia Is Not a Crime

China's Zero-COVID Protests Are Not Tiananmen

The Power of China’s Blank Sheets of Paper

A Cluster Bomb Killed My Father

It's time to outlaw these dangerous weapons once and for all.

No Chickens or Cricket Bats

The strange list of Indian products you can't import in Pakistan.