People all over the world are still traveling to other countries to find work, only the job opportunities aren't where they used to be. 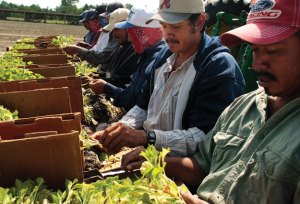 For as long as people have migrated, their destinations have told us much about the world order. And for the last century that has meant a simple story: a global shift from South to North. Farmers and factory workers have flocked from Latin America seeking jobs and opportunities in the United States. Ambitious youths have risked perilous Mediterranean waters to cross from Africa into Europe. It has been a predictable tale. Until now. Over the last half-decade, the money that migrants send home to their native countries started to tell us something different: The United States is fast losing its monopoly as a prized destination. Meanwhile, surprising countries such as Malaysia and South Africa are becoming the hottest new places to go for work. The long tail of remittances points, as never before, to a new story: the unequivocal rise of the rest.

In 2001, the United States was the unchallenged remittance king, accounting for more than 30 percent of the money sent home from migrants working in these top destinations-those sending $700 million a year or more.

Just under a decade later, the United States represents a mere 18 percent of remittances among the same cohort-a dramatic drop even as the dollars leaving the United States steadily rose. So what happened? The rest of the world caught up. The top movers include Russia, Malaysia, Kazakhstan, and Indonesia.

The relative importance of remittances has also grown. In the last five years, they have begun to dwarf foreign aid coming from governments. Today, remittances collectively account for three times the official financial assistance sent to the developing world. In some countries, the ratio is far higher. Tajikistan’s emigrants send home seven times what the country gets in aid. Workers from countries such as Mexico, Nepal, Pakistan, Romania, Zimbabwe, and Kyrgyzstan are probably doing more to help the poor than any global conferences or philanthropic ventures.

The financial crisis has done more than any other event to expose the global economy’s realignment, including shedding light on remittances. But not all migrants have been hurt equally. Countries with close U.S. ties have seen the flow of money dwindle, but South Asia, for example, where countries send a large number of workers to the Persian Gulf and other spots nearby, is doing just fine.

School enrollment and child health also tell a promising story. Latin American and Caribbean households that receive remittances are, on the whole, far more likely to have children who are enrolled in school. In Nicaragua and Guatemala, infants also tend to reach more robust heights and weights when a family member abroad is sending money home.

Remittances aren’t just for the poor. In Latin America and the Caribbean, for instance, the bulk of payments have fed straight into the middle class — the group most critical for long-term economic growth.