From a popular uprising in Iran to a political sea change in Japan to democracy on a massive scale in India, national elections provided some of the most memorable moments of 2009. Here are 10 to watch in the coming year.

What to watch: What a difference five years makes. In 2005, current Ukrainian President Viktor Yushchenko took power in a popular uprising known as the Orange Revolution, defeating the Moscow-backed Viktor Yanukovych after a disputed first-round result. But Yushchenko has had less success as a president than as a revolutionary.A faltering economy and ongoing corruption scandals have left Ukraine with the least popular government on Earth.

The president is trailing badly to Yanukovych and his one-time Orange ally Yulia Tymoshenko. In another odd twist, the one-time nationalist firebrand Tymoshenko has made nice with Vladimir Putin since the election and is now said to be the Kremlin’s preferred choice. Interference by Russia in the event of a disputed election is another concern. 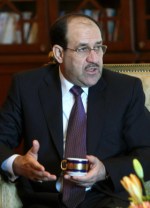 What to watch: After months of sectarian bickering and political wrangling, Iraq’s parliament finally agreed in December on a law to pave the way for nationwide elections. The parliament will be expanded to 50 seats, with a number of districts gerrymandered to give more seats to the Kurds, who believe they were underrepresented in the previous arrangement. Although Iraq’s parties still largely break down along sectarian lines, their political alliances have grown more complex.

Most notably, Shiite Prime Minister Nuri al-Maliki has formed an alliance with a number of Sunni parties to head off a challenge from Shiite religious parties led by hard-line cleric Muqtada al-Sadr. As always, security is a concern, and authorities claim that a recent spate of bombings in Baghdad are the result of insurgents attempting to derail the election process. Whatever the result, the elections will be a test of the Iraqi state’s ability to function as the United States begins to draw down its combat forces. 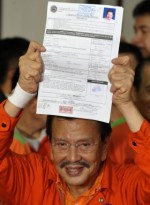 What to watch: Filipinos will see a crowded field of familiar names on the ballot this year. Former President Joseph Estrada, overthrown in 2001in a popular uprising amid widespread corruption allegations, is planning to retake the presidency. He is likely to face billionaire businessman and politician Manny Villar, who as speaker of the House of Representatives presided over Estrada’s impeachment proceedings. Benigno “Noynoy” Aquino, son of late president and democracy icon Corazon Aquino, has also announced he will run. Despite the soap opera, Vice President Noli de Castro will be tough to beat if he throws his hat in the ring.

Meanwhile, in the lawless southern Philippines, tragedy struck in November when 57 people were killed while trying to register a local candidate, part of a recent upsurge in clan violence that is expected to worsen as the election approaches.

What to watch: After 2009’s presidential election debacle, Afghanistan will get another chance in 2010 with national legislative and regional elections. If anything, though, these elections could be an even tougher challenge with more than 3,000 candidates running nationwide. In Afghanistan’s violence-wracked south, voting will be particularly difficult. It remains to be seen if the widespread fraud and mismanagement of the last parliamentary elections in 2005, combined with the disappointment of the presidential election, will dampen Afghans’ once considerable enthusiasm for the election process.

What to watch: In 2005, candidates from the officially banned Muslim Brotherhood party — running as independents — managed to win one-fifth of the seats in parliament. Since then, however, the government has carried out a crackdown against the Islamist group, arresting hundreds of members and banning them from holding seats in the parliament’s upper house. Vote-rigging in favor of President Hosni Mubarak’s National Democratic Party should be expected.

What to watch: President Álvaro Uribe — whose crackdown on Colombia’s drug cartels and FARC rebels have made him overwhelmingly popular — is attempting to amend the country’s term-limits laws so that he can run again. If he succeeds, Uribe, with an approval rating of nearly 70 percent, will be nearly impossible to beat, though winning a third time will likely result in a blow to his considerable international reputation and draw comparisons to his archrival, Venezuela’s Hugo Chávez, who has also come under fire for amending term limits. If not, his designated successor, former Defense Minister Juan Manuel Santos, would be considered the favorite over Liberal Party leader Rafael Pardo.

What to watch: Criticized for everything from his handling of the financial crisis to an ongoing lawmakers’ expenses scandal to the release of a convicted Libyan terrorist, Prime Minister Gordon Brown is staggeringly unpopular, and his Labour Party suffered its worst defeat in 40 years in last June’s local elections. Barring a miracle, Labour’s 12-year dominance of British politics is coming to an end, paving the way for the rise of Tory leader David Cameron, a self-described “liberal Conservative” whose views, beyond opposition to Brown, remain somewhat unclear. The far-right British National Party, which has enjoyed recent success in local and European elections, is looking to make gains as well, thanks to widespread dissatisfaction with both mainstream parties.

What to watch: With President Luiz Inácio Lula da Silva constitutionally barred from running for a third term, his relatively unknown chief of staff, Dilma Rousseff, trails São Paulo state’s popular centrist governor, José Serra, in opinion polls. However, Rousseff should benefit from campaigning with the hugely popular Lula, and the one-time guerrilla fighter can expect to win the support of smaller left-wing parties in the event of a runoff. Neither candidate should be expected to deviate much from Lula’s market-friendly brand of center-left leadership.

What to watch: Like all midterm elections, next year’s Senate and House races will be widely seen as a referendum on Barack Obama’s presidency. Down eight seats in the Senate and 79 in the House, the Republicans have a lot of ground to make up to retake control of Congress, but with major debates pending on health care, climate change, and Afghanistan strategy, there are plenty of opportunities to score points at the president’s expense. Obama’s escalation in Afghanistan and compromises on health care have also angered much of his liberal base. If Democratic candidates begin distancing themselves from the White House, it could be a bad sign for Obama in 2012.

What to watch: Burma has not held an election since 1990, when the country’s military rulers dismissed a landslide victory by Nobel laureate Aung San Suu Kyi’s National League for Democracy (NLD) and confined her to house arrest. The country has largely been an international pariah since then, though there are signs that the Obama administration is looking to improve relations. The junta has not yet revealed the date or procedure for the election or whether the NLD will be allowed to participate. In the likely event of voter fraud, it will be interesting to see whether popular protests erupt, or whether the regime’s brutal crackdown during the 2007 monks’ protest succeeded in intimidating the opposition.