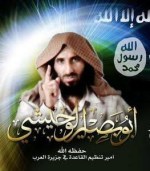 Rap sheet: As leader of al Qaeda in the Arabian Peninsula (AQAP), Wuhayshi has proven to be both a skilled politician and an innovative, often brutal, adversary. Once Osama bin Laden’s secretary, Wuhayshi is a member of the younger and more radical generation of Yemen’s al Qaeda cadres. In 2006, he broke out of a maximum-security prison, along with 22 other militants, in Yemen’s capital city of Sanaa. In January 2009, he spearheaded the unification of al Qaeda’s Yemeni and Saudi branches under his control.

Why he’s a target: Wuhayshi is the head of al Qaeda in the region — that alone is enough to put him at the top of any U.S. hit list. Since last year’s merger, he has released a number of videos calling on Muslims to rebel against Arab regimes, notably the government of Yemeni President Ali Abdullah Saleh and the Saudi royal family. He has also proved to be a prodigious writer, penning three articles in the latest issue of the jihadi group’s magazine, Sada al-Malahim (Arabic for “Echo of the Battles”).

But Wuhayshi’s efforts have gone beyond propaganda and recruitment. Under his leadership, AQAP attempted to assassinate Prince Mohammed bin Nayef, the Saudi deputy interior minister in charge of the kingdom’s counterterrorism efforts, last August. More recently, the media wing of AQAP issued a statement taking credit for Umar Farouk Abdulmutallab’s plot to blow up Northwest Flight 253 in the United States on Christmas Day. The organization claimed the attack was in retaliation for U.S. airstrikes on al Qaeda targets in Yemen. 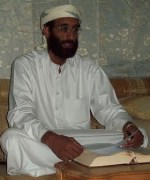 Rap sheet: Awlaki is ethnically Yemeni, but actually hails from New Mexico. As an imam, he preached in mosques throughout the United States, including in San Diego; Fort Collins, Colorado; and Washington, D.C. (While in San Diego, he was also arrested for soliciting prostitutes.) Technologically savvy, he also has a reputation as an “e-imam,” having created a popular website where he doled out advice and posted “sermons” to spread his radical views.

Awlaki’s fluency in English gives him a unique reach in reaching a non-Arabic- speaking audience. He returned to Yemen in 2004, and was arrested by the Yemeni government for his links to al Qaeda in 2006. He spent 18 months in prison, but, following his release, his current whereabouts in Yemen are unknown. Most likely, he resides near his ancestral home in the southern province of Shabwa.

Why he’s a target: During his years of proselytizing, Awlaki has contributed to the radicalization of an extensive list of prominent terrorists. When he was preaching in San Diego and Falls Church, Virginia, his sermons were attended by three of the Sept. 11 hijackers. Most famously, he had long-running email correspondence with Maj. Nidal Malik Hasan, the U.S. Army psychiatrist who went on a religiously motivated shooting spree at the Foot Hood military base last November, killing 13 people. “Nidal Hasan is a hero,” Awlaki stated after the attacks. “The fact that fighting against the U.S. Army is an Islamic duty today cannot be disputed. Nidal has killed soldiers who were about to be deployed to Iraq and Afghanistan in order to kill Muslims.” He also appears to have had contact with Abdulmutallab. 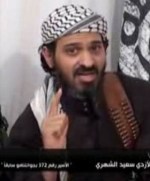 Rap sheet: Shehri, a Saudi, was captured in December 2001 in Pakistan, where he claimed to be providing humanitarian relief for Muslim refugees. He was subsequently transferred to the Guantánamo Bay detention facility, where the U.S. charges against him included “participat[ing] in military operations against the United States and its coalition partners,” as well as plotting to assassinate an unnamed writer.

Shehri was transferred to Saudi custody in November 2007. While in Saudi Arabia, he spent six to 10 weeks in Saudi Arabia’s largest rehabilitation program, the Prince Mohammed bin Nayef Centre for Care and Counseling. His release from U.S. custody was perhaps influenced by his claim, recorded in his official Guantánamo docket, that if released “he would like to return to Riyadh, Saudi Arabia, wherein he would reunite with his family … he would attempt to work at his family’s used furniture store if it’s still in business.”

Why he’s a target: Soon after leaving the Saudi rehabilitation program, he surfaced by Wuhayshi’s side in the January 2009 video marking the merger of al Qaeda’s Yemeni and Saudi wings. As the second in command, he is one of the most influential Saudi figures within AQAP — and an embarrassment to Saudi Arabia, which proudly touts its rehabilitation program’s ability to “cure” Islamist militants.

U.S. officials have accused him of involvement in the attack on the U.S. Embassy in Sanaa last September, which killed 16 people. He has also recorded a cell-phone video urging Saudis to donate to AQAP and, in an article for Sada al-Malahim, the jihadi online magazine, called for more targeted assassination attempts like the attack on Prince Mohammed bin Nayef.

Rap sheet: Raymi has been associated with al Qaeda in Yemen since well before the creation of AQAP, previously serving as deputy to Wuhayshi for its predecessor group al Qaeda in Yemen. In February 2006, he escaped prison as part of the same jailbreak that freed Wuhayshi. On June 21, 2007, Raymi released the audio statement that announced the formal re-establishment of al Qaeda in Yemen with Wuhayshi at its head. He has successfully evaded authorities ever since, most recently escaping a raid designed to capture him in the southern Abyan province last December.

He also appears to have a healthy appetite for risk. In 2008, observers were surprised to spot him mingling for nearly two hours at a funeral in Sanaa — apparently unafraid of being apprehended by Yemeni security services.

Why he’s a target: As one of Wuhayshi’s closest accomplices and the current military commander of AQAP, Raymi has left a long line of victims in his wake. In late June 2007, he released two statements, one of which was a warning to Saleh’s government. Then, on July 2, al Qaeda launched a suicide attack on a convoy of Spanish tourists in Mareb province, killing 10 people. The Yemeni government has accused Raymi of being part of the terrorist cell responsible for the attack. 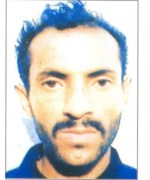 Rap sheet: The Sanaa-born Mujali hails from a family of al Qaeda members: His younger brothers Arif and Yahya are also active in terrorist circles. Hizam Mujali was stopped at a checkpoint in 2003 and, while resisting arrest, shot and killed a Yemeni police officer. He was also part of the infamous 2006 prison break. However, he eventually turned himself back in to the Yemeni government, striking a deal that would allow him to keep his freedom on the condition that he did not rejoin al Qaeda. That condition appears to have recently been broken: The government targeted him in a raid it launched in Arhab Province this past December. Although they captured his brother Arif, Hizam managed to escape.

Why he’s a target: Mujali’s involvement in terrorism dates back to al Qaeda in Yemen’s attacks under the leadership of Abu Ali al-Harithi, who was killed by a CIA drone strike on Nov. 3, 2002. Mujali was tried in a Yemeni court for his involvement in the 15-man cell that launched an attack on the French oil tanker Limburg on Oct. 6, 2002. In an attack that echoed the USS Cole bombing in 2000, a dinghy laden with explosives detonated beside the Limburg, killing one crew member. More recently, the Yemeni military has claimed that Mujali has reconnected with Qassem al-Raymi, with whom he fled after the military’s raid in Arhab last December.