Five points Obama should -- and won't -- make in his State of the Union address.

The situation: The prospects for getting a cap-and-trade bill aimed at cutting U.S. emissions of greenhouse gases passed through the Senate this year dropped to almost zero with the election of Scott Brown to fill Ted Kennedy's Massachusetts seat. Sen. John Kerry is trying to pull together a bipartisan compromise bill combining cap and trade with expanded domestic oil drilling. But the Senate is more likely to tack clean-energy measures onto a job-creation package. Regardless, it appears unlikely that President Obama will be able to deliver on the emissions pledges he made at December's Copenhagen summit. Plus, a showdown is brewing with the Environmental Protection Agency, which has threatened to impose its own tight emissions regulations if Congress fails to act. 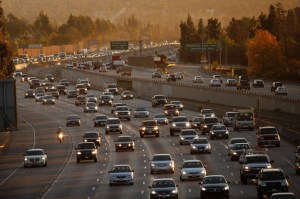 The situation: The prospects for getting a cap-and-trade bill aimed at cutting U.S. emissions of greenhouse gases passed through the Senate this year dropped to almost zero with the election of Scott Brown to fill Ted Kennedy’s Massachusetts seat. Sen. John Kerry is trying to pull together a bipartisan compromise bill combining cap and trade with expanded domestic oil drilling. But the Senate is more likely to tack clean-energy measures onto a job-creation package. Regardless, it appears unlikely that President Obama will be able to deliver on the emissions pledges he made at December’s Copenhagen summit. Plus, a showdown is brewing with the Environmental Protection Agency, which has threatened to impose its own tight emissions regulations if Congress fails to act.

What he won’t say: That stopping climate change is a major concern. In a Pew Research Center poll released this week, the U.S. public ranked global warming last out of 28 priorities for the administration. So while you’re likely to hear some talk of “green jobs” and “investments in renewable energy” in the State of the Union address, don’t expect to hear the phrase “cap and trade.” Obama might have the rhetorical gifts to frame the issue as an appeal to national greatness — keeping the planet’s temperature from rising another 2 degrees Celsius by 2050 is a more practical goal than putting a man on the moon in 10 years — but with larger administration priorities such as health-care reform also in jeopardy, it’s doubtful he’ll spend much political capital on it. 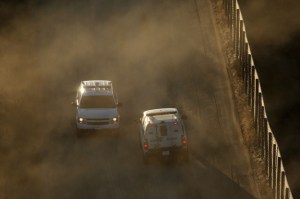 The situation: Immigration reform, which the administration quixotically hoped to take up last summer, is another important and likely doomed initiative. Some Republican senators, including Lindsey Graham and John McCain, support changing the United States’ unsustainable policies, and a majority of Americans support creating a pathway to citizenship for illegal immigrants who pay fines and taxes and pass background checks. But immigration reform is a campaign-year bête noire. Few moderate Democrats, particularly in southern and western states, will touch it this year. Under the most optimistic scenario, the White House will take up the issue in late 2010, after the midterm elections — but there’s no guarantee of any bipartisan compromise even then.

What he won’t say: That pursuing immigration reform is the right thing to do. If Obama discusses immigration at all, he, like his predecessor, is likely to emphasize “securing our borders.” That’s understandable, but Obama should also make the point that even the tallest fence won’t stop an influx of people seeking economic opportunity. Obama should challenge the logic of those who argue that it makes sense to expel 12 million workers from the country. Finally, Obama should explicitly speak to Hispanic Americans, the country’s fastest growing ethnic group and a crucial political bloc in swing states like Florida and Arizona, letting them know the administration hasn’t forgotten the priority.

The situation: On issues ranging from the very big (extending health insurance to 30 million Americans) to the relatively small (confirming ambassadors), the Senate has been the enemy of Obama’s agenda in his first year. It has failed to take up the House’s cap-and-trade bill. It has left more than 150 key administration appointees unconfirmed. And Republicans and moderates have filibustered more this year than any other, threatening to prevent a vote for more than 70 percent of major bills, a nine-fold increase over the past 40 years. This is not just a story about partisanship in Washington; it also raises deep and troubling questions about whether the United States can still solve its most pressing problems.

What he won’t say: That the Senate’s obstructionism has become intolerable. The gridlock has risen to excessive heights, with the minority having the ability and incentive to quash every majority-party initiative. Vice President Joe Biden has led a call to analyze and reform Senate rules to stop obstructionism. Obama should second it. Moreover, he should stress that procedural problems in the upper chamber — many due to tradition, some due to rules — are a problem for both parties. Reducing the number of votes needed to end a filibuster as debate goes on, as Sen. Tom Harkin has suggested, would be a start. So would courting Republican support for changing Senate rules by promising to make the changes six or eight years from now, when either party might be in power. 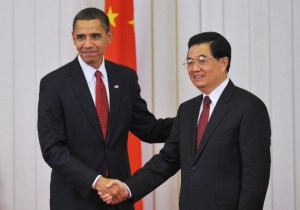 The situation: Prominent economic commentators such as Martin Wolf, Luigi Zingales, and Mervyn King have cited global trade and currency imbalances as the tinderbox and the financial crisis as the match; the two together produced the conflagration of the recent global recession. The United States, which borrows tremendous sums from countries like China, fueling overconsumption and debt, lies at the heart of this problem. Many economists believe the underlying factors that led to the crash haven’t changed. The U.S. trade deficit accrues billions a week, and the country’s debt will reach $13 trillion this year.

What he won’t say: That the good times are over. The State of the Union is a chance for Obama to move beyond the short-term debate on his controversial domestic discretionary spending freeze and address larger concerns. At some point, the United States does need to stop taking on debt, encourage Americans to save, and further pressure the Chinese to let the yuan rise. Time for some tough love. 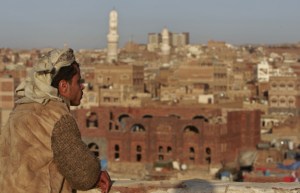 A Shifting War on Terror

The situation: In 2009, focus shifted from the traditional fronts on the war on terror — Iraq and Afghanistan — to emerging threats like Yemen, with the rise of piracy in its coastal waters, increased murder and kidnapping of foreigners in the country, the failed terrorist attack on Northwest Flight 253 by the Christmas Day “pants bomber,” and the northern insurgency all commanding public attention. Al Qaeda in the Arabian Peninsula, based in Yemen and headed by a former Guantánamo detainee, came onto the U.S. radar screen; the United States revealed it has been helping the Yemeni government strike al Qaeda targets for the past year.

And Yemen wasn’t all. Across the Gulf of Aden, Somalia, with the government failing and violence spreading, became a major concern to U.S. counterterrorism and security experts as well. The two countries, along with weak states like Nigeria, became a new source of worry for counterterrorism officials who increasingly view them as epicenters of terrorism, instability, and poverty.

What he won’t say: That it’s not time to panic. Yes, these countries and other unstable states pose serious security and diplomacy questions for the United States. And yes, Obama should make the point that weak countries like Somalia and Yemen can often pose larger and more difficult security challenges than traditionally hostile regimes like North Korea or Iran. But no, there is no need to put boots on the ground or to become bellicose. Obama should stress in his speech that the United States needs smart, long-term strategies — including much-maligned “law enforcement approaches” — to combat terrorism and bolster these countries before crises occur rather than panicking when they finally erupt.