How the international community failed Bosnia. 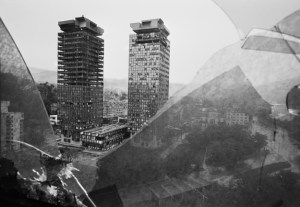 Major diplomatic achievements are usually the result of years of toil, bitter negotiations, and the successful balancing of diametrically opposed interests. But often, in the search for the big breakthrough, the little guys get left behind.

Consider Jakob Finci, a client of mine who challenged the systematic discrimination he suffered as a member of Bosnia’s small Jewish community. During the 1990s civil war in the former Yugoslav republic, smaller groups, like the Jews, tried to remain neutral — and many individuals, like Finci himself, took on dangerous work crossing the front lines to bring relief. Then, in 1995, famous diplomats such as U.S. envoy Richard Holbrooke used their expertise to design a constitution to ensure such a war never took place again.

But one result of dividing political power among Yugoslavia’s three main groups was that others, including the Jews and Roma, were relegated to second-class status and actually prevented from standing for the presidency or the parliament’s upper house. You might have thought such blatant discrimination could not last long, especially as the international community was still overseeing the governing of Bosnia. You would be wrong. After 15 years, the Jews and Roma are still labeled “others” and excluded from the heights of power. Reform of this absurd system depended on the Bosnian politicians elected under the existing rules, who unsurprisingly have been in no hurry to change.

So Finci turned to the European Court of Human Rights in what became a most surreal case. Finci, a prominent public figure in Bosnia, was appointed ambassador to Switzerland, even as he was suing the country he represented. One of Bosnia’s three presidents gave a speech in 2008 denouncing the very discrimination his government was defending in the case. Finally, the three-year-old case culminated last June before the Grand Chamber of the European Court in Strasbourg, France.

In its decision, the court had to grapple with the complexities of human rights after conflict. Ours was the first case at the European Court to take on the question of whether a state’s constitution can violate the European Convention on Human Rights, and also the first to use a new provision of the convention that prohibits all forms of discrimination.

For such a historic case, it was a remarkably short hearing — just three hours. The verdict, however, took months. Finally, on Dec. 22, it came: Excluding Jews, Roma, and other minorities from the presidency and upper house was declared to be discrimination. A no-brainer, perhaps. But such a system had existed for all these years in a country supposedly under international tutelage. The one judge who dissented warned that messing with the postwar settlement could spark new conflict. But the Dayton Accords were hardly a recipe for long-term stability and peace. Cyprus and Lebanon have similar political systems that exclude some minorities, and neither country can be described as peaceful or stable. Now, Bosnia will have to prove that equality works.