The end of the Protestant work ethic.

In 1905, German sociologist Max Weber published his landmark work The Protestant Ethic and the Spirit of Capitalism, and no one has looked at religion or economics quite the same since. Weber’s revolutionary thesis was that the Calvinist emphasis on worldly success drove Protestant countries to industrialize and reach higher standards of living, surpassing Catholic countries, whose citizens tended to focus on the hereafter. 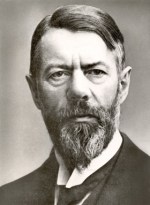 Weber’s ideas have been controversial from their birth. But only today do we have the tools to assess whether they were empirically true. To test his theories, I crunched the numbers, looking at population growth in 272 cities in the German-speaking world between 1300 and 1900. Economic historians have long argued that such growth is a useful indicator of a city’s economic conditions; only cities with a productive labor force and good institutions expand over time. But according to my research, there were no differences in the growth of German-speaking Protestant and Catholic cities in the centuries before Weber published his famous book. The much-vaunted Protestant work ethic didn’t seem to have made any difference.

Was Weber wrong about everything? Not necessarily. But the idea that modern-day capitalism evolved simply because some states or cities adopted Protestantism seems less likely when you remove the empirical backing. Some argue, for instance, that the spread of Protestantism in regions like Latin America and Africa today could fuel a dramatic economic boom. The boom could certainly occur. But it will be hard to argue that religious ideology has anything to do with it.