A country's foreign policy is often defined less by its elected leader than its behind-the-scenes operators and elder statesmen. Here are four figures setting the global agenda for the world's emerging powers, just as Henry Kissinger set America's for over 50 years. 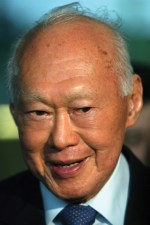 Legacy: After shepherding Singapore to unprecedented economic growth over his 31 years as prime minister, Lee has become an apostle for the Asian model of growth, a mix of economic liberalization and rigid political control.

Lee always said that Singapore’s foreign policy was dictated by its small size — it cannot survive without international and regional cooperation. But the influence of his ideas can be seen in the “peaceful rise” and not so peaceful governance of the world’s most populous country: China. 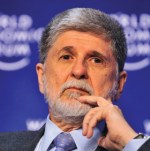 Legacy: A controversial former academic who once compared wealthy countries’ negotiating tactics to those of Joseph Goebbels, Amorim has deftly managed the nigh-impossible balancing act between the United States and Brazil’s leftist neighbors in Venezuela and Cuba while also building Brazil’s alliances with other emerging powers.

Speaking of the alliance with Russia, India, and China, Amorim said, “You have a new configuration of power appearing in the world.… We can’t be conditioned by the views coming from the United States and the EU. We have to look from our own perspective.” 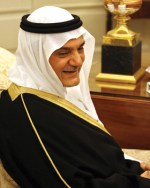 Position: Former ambassador to Britain and the United States, ex-director of the Saudi foreign-intelligence service

Legacy: As chief of the Saudi kingdom’s external intelligence service, the youngest son of the late King Faisal helped fund and organize the Afghan resistance to the occupying Soviet forces. Working as ambassador to Britain and then the United States in the years following 9/11, Turki emerged as part diplomat, part pundit. He resigned in 2006 but remains an influential advisor in Riyadh and a fixture in Washington. 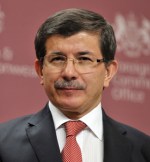 Legacy: A keen student of history, the brash and outspoken Davutoglu believes in restoring Turkey’s Ottoman glories so that Turkey once again carries weight in the Middle East. Under his guidance, Turkey has strengthened its ties with Arab governments and sought to play the role of mediator in Arab-Israeli conflicts.

At the same time, Davutoglu supports Turkey’s eventual membership in the European Union: “Turkey can be European in Europe and Eastern in the East because we are both,” he says.

NEW FOR SUBSCRIBERS: Want to read more on this topic or region? Click + to receive email alerts when new stories are published on Foreign & Public Diplomacy, Economics, Russia

Brazil and Uruguay Give South American Trade an Adrenaline Shot

French Troops Will Soon Be Out of Burkina Faso, and Wagner Mercenaries May Soon Be In

Brazil and Uruguay Give South American Trade an Adrenaline Shot

This week, Germany and the United States announced that they would be supplying Ukraine with dozens of Leopard 2 and M1 Abrams tanks to combat Russia’s invasion. Moscow said these tanks we...Show morere more evidence of direct and growing involvement by the West in the conflict. How will the delivery of these tanks change, and potentially escalate, fighting in Ukraine? And is NATO as united as it was earlier in the war? For the latest on the Russia-Ukraine war, join FP’s executive editor, Amelia Lester, and FP’s team of reporters for a timely conversation.

Why imitating nature's greatest tricks is the future of engineering.

The managing director of the International Monetary Fund on her frustrations with Congress, how the IMF saved Ukraine, and why her institution is poised to be more relevant than ever.