Five things you think are true that are. 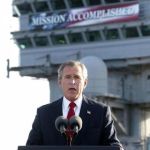 THE IRAQ WAR WAS A MISTAKE

The challenge: With no weapons of mass destruction found and nearly 5,000 coalition casualties, you would think that those behind the invasion of Iraq would be keeping quiet these days. But nonetheless, a number of prominent figures have sallied forth to argue that, in spite of everything, going to war in Iraq was the right call. Some — like Tony Blair or Karl Rove — clearly have an interest in defending their own role in the conflict. But with casualties declining and national elections taking place, they’re no longer alone.

In a recent cover story, Newsweek argued that “something that looks mighty like democracy is emerging in Iraq,” which has the potential to create a “whole new era in the history of the massively undemocratic Middle East.” Could George W. Bush one day be seen as this era’s Harry Truman, unpopular during his own tenure but ultimately vindicated by history?

The CW: Not likely. While few are shedding tears for Saddam Hussein, there’s not much evidence to suggest that his removal made the world safer — or that ousting him in this manner was worth the exorbitant cost in blood and treasure. The other two charter members of the axis of evil — Iran and North Korea — are still ruled by anti-American autocrats with fast-developing nuclear programs, and Iran, if anything, has been strengthened by the replacement of its archenemy with a reasonably friendly Shiite-dominated government.

The war has not exactly created a tidal wave of democracy either. Democracy has actually declined around over the last three years, according to U.S. NGO Freedom House. Early hopeful developments in the Middle East have not panned out either. Following the much-vaunted Cedar Revolution, Lebanon’s government has returned to its normal state of dysfunction. After some overtures, Libya’s Muammar al-Qaddafi has resumed his provocations. And the bloodshed continues in Israel and the Palestinian territories.

The bottom line is that thousands of American lives and trillions of dollars were spent to turn one admittedly barbaric dictatorship into a semidemocracy addled by sectarianism and extremist violence. Doesn’t seem worth it.

The challenge: As its nuclear program continues to advance — after producing the first batch of highly enriched uranium, President Mahmoud Ahmadinejad recently declared Iran a “nuclear state” — the Islamic republic has continually denied that it has any intention of producing nuclear weapons. “We don’t have any belief in the atomic bomb and don’t pursue it,” Supreme Leader Ayatollah Ali Khamenei said last month.

Ahmadinejad and Khamenei’s reassurances have held little sway in Washington or other Western capitals. But some critics — pointing to the erroneous intelligence that led the United States to war in Iraq — don’t feel the administration has made a strong enough case for why Tehran shouldn’t be believed. A carefully worded 2007 National Intelligence Estimate (NIE) that stated that Iran had given up its nuclear program years earlier helped to bolster their case.

The CW: There are several reasons to doubt Iran’s sincerity. Although international negotiators have several times offered to allow Iran to develop a civilian nuclear program so long as its uranium is enriched abroad to ensure it is not weaponized, the Iranians have continually refused. The recently unveiled reactor near Qom, which Iran had kept secret from international inspectors, is also highly suspicious. Experts say the centrifuge at Qom is too small to be used for power generation but would be large enough to enrich uranium for military purposes.

The most recent report from the International Atomic Energy Agency which relies heavily on files from a laptop belonging to a nuclear scientist that was smuggled out of Iran in 2004, finds “broadly consistent and credible information” to suggest that Iranian nuclear weapons development “continued beyond 2004,” contradicting the 2007 NIE.

At a recent congressional briefing, Director of National Intelligence Dennis Blair said the intelligence community believes that Iran is “keeping open the option to develop nuclear weapons,” though it’s unclear if they will act on it. Progress may be slow thanks to continuing technical problems with Iran’s centrifuges, but many experts now believe Iran passed the “breakout point” and has enough uranium to make a bomb if it wanted to.

The challenge: Ever since Vladimir Putin’s handpicked successor Dmitry Medvedev came onto the scene, Western Kremlinologists have wondered how much real control he would have over a government still dominated by his predecessor. The answer seemed to come pretty quickly after Medvedev assumed the presidency, when most control over foreign and domestic policy shifted quickly to the prime minister’s office.

But since then, every ostensibly “independent” move by Medvedev, from his hiring of new speech writers, to his widely publicized anti-corruption campaign, to the much-scrutinized “liberal manifesto,“ has been read by wishful-thinking observers as a sign that the president is finally acting like one.

The CW: He may talk the talk, but Putin still seems to be calling the shots. None of Putin’s close allies has been snared in the president’s anticorruption push and there’s been no movement on his calls for United Russia’s impenetrable dominance of the Duma to be broken up. No wonder more than 80 percent of Russians see Medvedev’s tenure as a continuation of Putin’s rule.

If anything, Medvedev seems be acting as a kind of de facto foreign minister, meeting with his counterparts abroad and signing agreements. In times of crisis, such as the 2008 war with Georgia, it has clearly been Putin directing strategy, with Medvedev sent in afterward for the press conferences.

NO PEACE AHEAD IN THE MIDDLE EAST

The challenge: One would imagine that the more-than-six-decade conflict between Israel and the Palestinians will have to end sooner or later. And because there’s really no political downside to saying so, U.S. and Israeli leaders, when they come into office, routinely promise that the conflict can be ended soon. Decrying the “profound cynicism” of both sides, as U.S. President Barack Obama did last April, is a much better applause line than saying that the cynicism is probably justified.

It is also fashionable to predict that some heretofore unseen external force will push the Israelis and the Palestinians toward peace. Former U.S. President Bill Clinton did this in an interview with Foreign Policy last year when he said that an Israeli-Palestinian agreement was likely in 2010 because “long-term trend lines are bad for both sides that have the capacity to make a deal.”

Another increasingly popular argument is that Sunni Arab countries’ wariness about Iran’s nuclear programs will entice them to join forces with Israel, helping to resolve the Palestinian issue in the process.

The CW: Clinton is right that there will never be a better time than now to strike a deal, but that has arguably been true since Israel was founded and the circumstances just keep getting worse. The settlements on the West Bank continue to expand, and Hamas continues to solidify its control over Gaza. With Israeli Arabs having one of the world’s highest population growth rates, the Israeli government is only going to have a harder time protecting the country’s identity as a Jewish state — which will likely lead to more defensive behavior from Tel Aviv, and less incentive for the Palestinians to make a deal. The United States, which has long been mistrusted as a mediator by the Palestinian side, is now mistrusted by Israelis as well. And whatever their concerns about Iran, most Arab governments have little incentive to anger their own populations by deepening ties with Israel.

Sure, the conflict will probably end eventually, but there’s little reason to think it won’t get worse before it gets better.

The challenge: The explosive growth of the Chinese economy in recent years has attracted its share of skeptics, who point out the country’s still-low average income, aging population, and environmental problems could make its growth a flash in the pan. Moreover, China’s ideological vacuousness will hamper its status as a true superpower. Beyond growth, what does China really stand for?

Contrarian investor James Chanos recently earned himself some headlines by alleging that China is cooking its books, is buoyed by a real estate bubble and speculative capital, and is headed for a crash that will look like “Dubai times 1,000 — or worse.”

The CW: It might be true that China may not be able to keep up its astronomical growth rates forever, particularly with an aging population, and that it may never reach U.S. income levels, but this seems an odd quibble for a country that pulled 400 million people up by their bootstraps in 20 years in the greatest defeat of poverty in world history.

Meanwhile, China’s military spending grew an average of around 13 percent per year over the last 20 years, making it arguably the new dominant military power in East Asia.

The global financial crisis was not kind to China skeptics, as the government moved fast to contain the damage with a massive stimulus plan and targeted price controls. The concerns over environmental degradation and demographics are very real, but China is taking steps to address them by slowly easing its one-child policy and investing in green technology.

There will certainly be bumps along the road, but the world had better get used to China as a major economic, military, and political player in the next century.