The World’s Most Powerful Prisoners

Five people who are still making an impact from behind bars.

Impact: Huang may be China’s ultimate rags to riches to prison jumpsuit story. The 41-year-old high school dropout started out in business by selling radios out of a single market stall and eventually built Gome electronics into one of China’s largest companies, making himself the country’s richest man in the process.

All that seemed to come to an end when, as part of a crackdown on corporate corruption, the Chinese government made an example of Huang and sentenced him to 14 years in prison on charges of bribery and insider trading.

Huang formally stepped down as Gome’s chairman in 2009 but has continued to exert his influence over the company nonetheless, fighting a battle for control against U.S. private-equity firm Bain Capital, which owns a 10 percent stake in the company. In August, 2009,  Huang bought enough shares to allow him to retain a one-third stake in the company. Then in May of this year, shareholders affiliated with Huang voted out Bain’s representatives on Gome’s board of directors. They were reinstated a month later. Most recently, a holding company controlled by Huang recently called a shareholders meeting to cancel decisions made by the company.

Gome has now filed an additional insider-trading lawsuit against Huang, who is also facing charges from Hong Kong’s top financial watchdog. The authorities certainly seem to have enough on Huang to keep him in jail for the next few decades, but if the past year is any indication, it will take more than prison to keep this tycoon away from the company he founded.

Impact: The fact that Russia’s most important political dissident is an imprisoned oil tycoon may say more about the state of the country’s political discourse than it does about Khodorkovsky. Nonetheless, the former Yukos CEO has emerged as Prime Minister Vladimir Putin’s most persistent and trenchant domestic critic.

Khodorkovsky was jailed on tax evasion charges in 2003, though supporters say the real reason was that then President Vladimir Putin was threatened by his increasing political ambitions. Since his arrest, Khodorkovsky, who has been held in a Siberian prison camp as well as a number of detention centers in Moscow, has taken every available opportunity to assail the current leaders in the Kremlin, granting interviews to journalists, penning op-eds in Western newspapers, and cross-examining powerful officials during his ongoing corruption trials.

For Russia’s current president, Dmitry Medvedev, who has sought to project an image of pro-business reform, Khodorkovsky is a continual embarrassment. Khodorkovsky himself has little faith in Medvedev’s reform efforts, saying that without more fundamental change to the country’s justice system, “destruction will occur in the traditional way for Russia — from below and with bloodshed.”

Khodorkovsky is due to be released in October 2011, just five months before Russia’s next presidential election, though new charges have been brought against him. It seems unlikely that the “billionaire dissident” will be allowed to go free as long as Putin, who is said to despise him personally, is still in power. 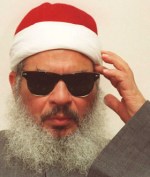 Impact: Abdel-Rahman, a prominent jihadist leader in Egypt during the 1980s, immigrated to the United States in 1990 and was convicted five years later for his role in planning the first World Trade Center bombing. He is currently serving a life sentence at the Butner Federal Correctional Complex in North Carolina.

Despite his imprisonment, “the blind sheikh” is believed to have continued to communicate with the Gamaa al-Islamiyah terrorist group in Egypt, which is responsible for a number of major terrorist attacks, including the 1997 Luxor massacre. Gamaa al-Islamiyah continues to claim Abdel-Rahman as its leader and a number of other militant groups have also cited the ailing cleric as an influence and threatened more attacks if he is not released.

In 2005, Abdel-Rahman’s attorney, Lynne Stewart, along with a paralegal and Arabic interpreter, were convicted of helping him communicate with his jihadist colleagues. In these messages, Rahman reportedly joked about the ease with which he was able to communicate with his followers while behind bars.

Abdel-Rahman also used his trial in the mid-1990s as a platform to assail the West and call for violent attacks against the United States.  Proponents of the U.S. detention center at Guantanamo Bay have cited Rahman’s case as an example of why terrorists should be tried in closed military hearings. Abdel-Rahman’s family is currently campaigning to have the aging cleric, who is reportedly in poor health, transferred to Qatar.

Impact: Barghouti joined the Palestinian Fatah movement at age 15 and emerged as a prominent figure in the party’s “young guard,” which gained power in the Palestinian territories while more established figures like Yasir Arafat and current President Mahmoud Abbas were in exile.

Elected to the Palestinian parliament in 1996, Barghouti was one of the main leaders of the Second Intifada in 2000 and was later convicted on five counts of murder for the deaths of four Israelis and a Greek monk during that uprising. Barghouti had been tempting arrest for some time but was finally picked up by Israeli authorities after he was identified as a leader of the milita
nt al-Aqsa Martyr’s Brigade.

Despite his imprisonment, Barghouti has emerged as an unlikely voice for reform and is often suggested as a possible future Palestinian president. From his cell, Barghouti used a mobile phone to help negotiate a unilateral cease-fire by Palestinian militant groups in 2003, and his writings were instrumental in establishing a Palestinian unity government in 2007. Last year, he was elected to a seat in absentia on Fatah’s Central Committee.

Many Palestinians, and some Israelis, see Barghouti as a figure who could unite Hamas and Fatah and finally provide a credible voice at peace negotiations. Nonetheless, Israeli authorities have ruled out releasing the convicted murderer, who is serving five life sentences.

Impact: Aung San Suu Kyi, who may be the most internationally prominent imprisoned dissident since Nelson Mandela left Robben Island, has been a fixture on her country’s political scene for the past two decades — despite being rarely seen in public and forbidden from giving speeches.

Aung San Suu Kyi won Burma’s 1989 presidential election, but the result was thrown out by the country’s ruling military junta, which placed her under house arrest. She was given the Nobel Peace Prize in absentia two years later. She has spent about 14 of the last 20 years under house arrest for various charges, including a bizarre incident last year in which an American man swam across a lake to her house to meet with her. The incident gave the junta pretext to extend her sentence once again.

Although long prohibited from making contact with Western authorities and democracy activists, Aung San Suu Kyi has received more welcome guests in recent years including U.S. Assistant Secretary of State Kurt Campbell and U.N. envoy Ibrahim Gambari. It’s a testament to her stature and moral authority that the Burmese regime — which has been known for its brutality in punishing dissent and has even targeted Buddhist monks for execution — has allowed her to live at home in relative comfort and receive prominent foreign guests.

Aung San Suu Kyi has made several recent overtures to the regime, including an offer to help get international sanctions lifted, but she has nonetheless been barred from participating in the country’s upcoming elections.