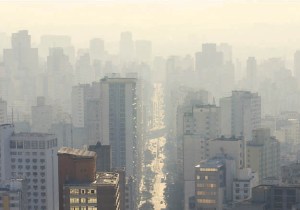 Over the next two decades, the world will see a burst of urban expansion at a speed and on a scale never before witnessed in human history. But not all the world will take part. When you hear about the coming urban age, it’s really a story about rising Asia and the two countries that will define this new era of the megacity: China and India. Half of Asia will become urbanized, and nearly a billion people will shift from countryside to cityscape. Trillions of dollars will need to be spent on roads, trains, power plants, water systems, and social services. And it’s going to happen in less than half the time that it took the West. China and India will account for two-fifths of the world’s urban growth, but they are pursuing wildly different strategies for managing this shift. Beijing’s approach is systematic: The government has invested ahead, allocated land, plotted out transportation networks, and given its cities the freedom to raise capital. New Delhi, meanwhile, hasn’t done enough to prepare. So while China has embraced a future of office parks and high-speed rail, India is just waking up to its new urban reality. 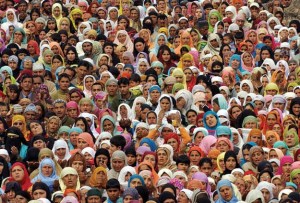 In just two decades, China will have a whopping 44 urban areas boasting populations larger than 4 million. India will have 11 such cities. Who will live there? In China, the answer is simple: migrants from rural areas. Growth in India’s cities, by contrast, will mainly be organic. The country’s population is also much younger than China’s. A mere 16 percent of India’s population will be over 55 in 20 years, while 28 percent of China’s will be.

*Correction: In the graphic below, the map of Spain should be the map of Brazil and state “more than the population of Brazil.” 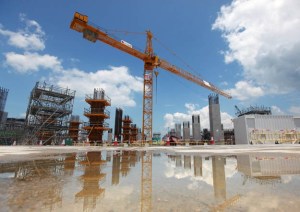 It’s the stuff of dreams for developers and construction companies. If current trends hold, China will need 40 billion square meters of combined residential and commercial floor space over the next 20 years — equivalent to adding one New York every two years. India, on the other hand, needs to start building between 700 million and 900 million square meters of combined residential and commercial space each year — equivalent to adding more than two Mumbais or one Chicago each year. 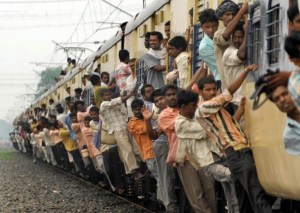 China has the potential to revolutionize mass transit — it already has plans for building new metros, highways, and high-speed trains in its top 170 cities. In fact, Beijing has already begun investing heavily in this sector; between 2004 and 2006 alone, spending on urban transportation increased almost 50 percent. New Delhi’s spending on transportation infrastructure, however, needs to pick up urgently. At its current rate of metro and road construction, India is headed for gridlock on a massive scale. The country needs to build 350 to 400 kilometers of metro rail every year to keep up with its current standards — but that’s more than 20 times the capacity that has been built in the past decade. 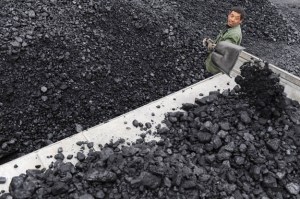 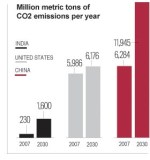 It’s hard to understate what a massive impact the coming urbanization in China and India will have on energy markets. Demand for power in China’s cities will more than double from today’s level, accounting for roughly 20 percent of global energy consumption. Meeting that need will call for huge investments in coal, of which China is already the largest international buyer. India’s power targets are also ambitious; the country hopes to add 62,000 megawatts to its grid by 2012. If trends continue, India’s carbon dioxide emissions will grow nearly sevenfold by 2030, while China’s will nearly double.

Urban growth will come with a high price tag — a whopping $35-$40 trillion in China and $2.2 trillion in India over the coming two decades. In addition to all the building and public infrastructure, China and India will need to invest heavily in delivering services — everything from education to health care to social security. As China’s over-65 population more than doubles and migrants flood its cities, government spending on health care will struggle to keep up, rising from 19 percent to 21 percent of GDP. Even with China’s massive economic growth, paying the bill won’t be easy. Many of Chi-na’s largest cities are self-sufficient, but other smaller and newer areas are already running deficits. India’s urban spending, meanwhile, is already very low by international standards. 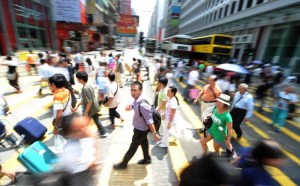 The megacity will be home to China’s and India’s growing middle classes — creating consumer markets larger than to-day’s Japan and Spain, respectively. In China, the number of urban middle-class households will quintuple; in India it will grow nearly fourfold. India’s wealthiest urban households — those earning more than 1 million rupees a year (about $22,000) — could number 11 million, more than the total number of households in Australia today. In both countries, the wealth gap between rural and urban areas will grow with urbanization. Urban GDP per capita will exceed rural GDP by 3.5 times in China and more than five times in India. 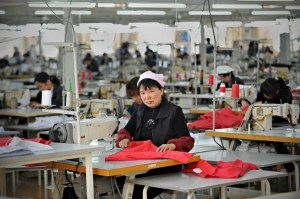 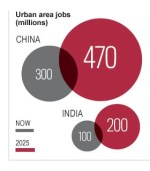 Jobs in the cities will be more prevalent, productive, and lucrative in urban China and India than in rural areas.

China’s ranks of university graduates — growing by 26 percent annually — will mostly work in cities, which will compete to recruit their skills.

In India, three-quarters of new urban jobs will be in the service sector. 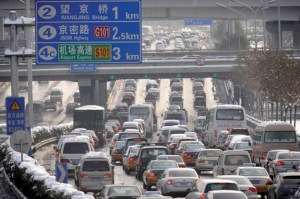 Even if China and India build roads and metro rail as fast as practically possible, they still won’t be able to match the soaring rates of car ownership and urban growth. The number of vehicles in China, for example, has grown three times faster than the capacity of roads over the last 20 years. In Beijing, traffic speed has already dropped to less than half of London’s. India’s predicament is even worse; if the country invests in its urban infrastructure at the predicted rate — an estimated $300 billion over 20 years — traffic across the country could literally come to a standstill. 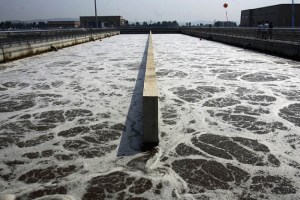 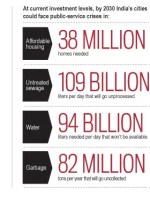 China’s biggest urban challenge may be water; already, it has little to spare. Some 70 percent of water use today traces back to agriculture, but demand from urban consumers and commercial enterprise is on the rise. Even if the sheer amount of water isn’t the problem, location will be; the country will need to spend more than $120 billion on water systems in the coming years to transport, store, and manage supplies. In India, service delivery will fall woefully short of demand in coming years across most urban infrastructure sectors.