Civilian strategists often think they understand the use of force better than their generals do. Here are 10 cockamamie military schemes that thankfully never came to pass. 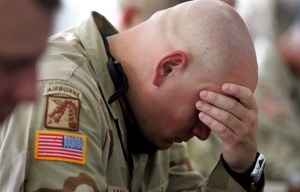 U.S. Defense Secretary Robert Gates once observed, “I have seen a lot of civilians make a lot of proposals for a lot of silly military actions.” In response to foreign-policy problems that resist easy solutions, the quick allure of military force is the civilian’s siren song. Many proposals — while informal or semiserious — are preposterous and overlook even a basic understanding of political objectives, military strategy, geography, and logistics. Here are the top 10 most ridiculous military options offered up by U.S. government officials or civilian commentators over the last few decades. Thankfully, these would-be civilian follies, based on unrealistic and often dangerous notions of what military power can achieve, were quashed before they left the drawing board.

What: Acheson’s armed division on the autobahn
Target: Soviet provocation in Eastern Europe

In 1961, with tension high between the United States and the Soviet Union over Berlin, U.S. President John F. Kennedy asked former Secretary of State Dean Acheson to launch a systematic review of U.S. policy toward Germany. To signal America’s strong commitment to defending West Berlin, Acheson’s suggestion for dealing with the Berlin crisis was to send “an armored division, with another division in reserve” up the autobahn through East Germany and into West Berlin. Acheson admitted, “There is… a substantial possibility that war might result.” Kennedy wisely opted instead to bolster military readiness but avoid an outright provocation of the Soviet Union.

In 1984, Robert Gates, then the deputy director of intelligence, offered a “straight talk” memo to his boss, CIA Director William J. Casey, that endorsed supporting the Contra rebels in Nicaragua with a “comprehensive campaign openly aimed at bringing down the [Sandinista] regime.” Among the “politically most difficult” measures Gates proposed were “the use of air strikes to destroy a considerable portion of Nicaragua’s military buildup.”

In 1985, officials in the Reagan administration’s National Security Council developed Operation Rose, which envisioned a joint U.S.-Egyptian land and air military campaign that would sweep into Libya to remove Muammar al-Qaddafi from power. The Pentagon considered the notion ludicrous, but dutifully developed plans that showed that Operation Rose would require six divisions and 90,000 U.S. soldiers. Needless to say, it didn’t happen.

In 1999 or 2000, after the failed attempt to kill Osama bin Laden with some 80 cruise missiles launched into the al Qaeda camp in Khost, Afghanistan, a frustrated President Bill Clinton thought that somehow the United States could “scare the shit out of al Qaeda if suddenly a bunch of black ninjas rappelled out of helicopters into the middle of their camp,” according to the 9/11 Commission.

What: Mining the Iraq-Iran border
Target: Iranian arms in Iraq

In 2005, columnist Melik Kaylan, claiming that most foot soldiers and resources supplying the Iraqi Sunni insurgency came from outside the country, proposed “an effective method of interdiction… the laying of minefields” along the entirety of Iraq’s borders — some 2,250 miles.

In 2005, to prevent Venezuela from becoming “a launching pad for communist infiltration and Muslim extremism all over the continent,” conservative pastor Pat Robertson declared “that we really ought to go ahead and [assassinate]” Venezuelan President Hugo Chávez because “it’s a whole lot cheaper than starting a war.”

What: The invasion of Zimbabwe
Target: Robert Mugabe

Over the past few years, New York Times columnist Nicholas Kristof has proposed several military operations for dealing with Sudanese President Omar Hassan al-Bashir’s regime in Khartoum in retaliation for its systematic human rights abuses against Sudanese populations. In 2006, Kristof recommended that the United States “enforce a no-fly zone in Darfur by using the nearby Chadian air base in Abeché”; called in 2008 for the United States to “warn Sudan that if it provokes a war with the South… we will destroy its air force”; and this year urged U.S. President Barack Obama to warn Bashir that “if he initiates genocide, his oil pipeline will be destroyed and he will not be exporting any oil.”

What: March to the Sea (of Waziristan)
Target: Osama bin Laden

This October, Jack Devine, a 32-year veteran of the CIA, advised Obama to “forget about nation-building in Afghanistan and, like [Gen. William Tecumseh] Sherman marching across Georgia during the Civil War, march our army across eastern Afghanistan, pressing forward even into Pakistan’s Northwest Frontier, and continue the march until we capture [Osama bin Laden].” Devine hoped to avoid the invasion because once Pakistan knew of the U.S. plans, “it’s a pretty good bet that we would have bin Laden’s head on a platter.” Uh-huh.