Location: Northeast of Taiwan in the East China Sea 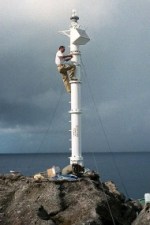 Location: Northeast of Taiwan in the East China Sea

The dispute: Diaoyu means “fishing platform” in Chinese, and there are records of these small rocks in Chinese navigation documents as far back as the 15th century. Japan’s legal claim on the islands dates to 1895 (though some documents say it was earlier), when Taiwan and its surrounding islets were ceded to Japan at the end of the Sino-Japanese War. Tokyo formally incorporated them into Japanese territory shortly afterward.

After World War II, however, Japan ceded Taiwan and the Paracels (see below) back to China. And because Diaoyu was traditionally part of Taiwanese territory, the government in Taipei believes it has claim to the islands. Complicating matters further, because Beijing views Taiwan as part of Chinese territory, it also claims the islands. However, in 1970, the United States and Japan signed a treaty reverting occupied Okinawa back to Japanese control which, unlike the treaty signed after World War II, explicitly mentioned Senkaku as Japanese territory. Japan cites this bilateral agreement as legal backing for its claim.

The dispute would be little more than a historical curiosity if not for the sizable gas deposits believed to be located near the islands.

The territorial dispute has flared ever since with Japan expelling Chinese fishing boats from the region and Japanese nationalists traveling to the island to build a lighthouse in 1990. And in September, the dispute once again came to a head when a Chinese fishing boat captain was arrested after colliding with a Japanese warship, prompting the bitterest Sino-Japanese diplomatic standoff in decades. 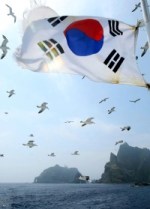 Location: In the Japan Sea, about 117 miles east of the Korean coast

The dispute: Known as the Liancourt Rocks to Westerners, this group of volcanic islets is known as Dokdo or “Lonely islands” in Korean and Takeshima, or “Bamboo islands” in Japanese. There are only two permanent residents on the islands — an elderly Korean fisherman and his wife whose presence is described by Tokyo as an “illegal occupation.” Nonetheless, Liancourt’s symbolic importance and potentially rich energy deposits have made the islands a flashpoint in Japanese-Korean relations for more than half a century.

The islands were part of Korean territory annexed by Japanese forces during their conquest of the Korean peninsula in 1905. Japan lost control of Korean territory after World War II, and Seoul has stationed Korean Coast Guard troops around the islands since the 1950s as a symbol of ownership. Naval standoffs have been increasingly frequent in recent years, though air and naval forces have stopped short of firing at each other. Japan has so far rejected a 60-year-old proposal by Seoul to refer the matter to the International Court of Justice for resolution.

The nationalist passions the islands provoke can sometimes be extreme. In 2005, when the Japanese prefecture of Shimane declared a “Takeshima Day” holiday, a South Korean mother and son sliced off their fingers in protest in front of the Japanese Embassy in Seoul.

The dispute: Fifty years after the conclusion of World War II, Japan and Russia have still never signed a peace treaty, the obstacle being the four southernmost Kuril Islands, which Japan calls its “northern territories.” Russia and China fought over the Kurils as far back as the 1700s, when fur-trappers and fishermen began to explore the region. In 1875, Russia agreed to hand over the Kurils to Japan in exchange for control of the much larger Sakhalin Island, which lies closer to the Russian mainland.

But Japan won control of half of Sakhalin during the 1904 Russo-Japanese war, which Russia claims nullifies the original treaty. In the treaty of San Francisco that Japan signed with the Allies in 1951, Tokyo gave up its claim to the Kurils. But the treaty refused to recognize Soviet control of the islands, which led Stalin’s negotiators to withdraw from the conference. The international agreement didn’t stop the Soviets from taking control and an estimated 17,000 Japanese were expelled from the islands when the Soviets invaded. Russia has encouraged citizens to move to the islands because of its rich fishing and mineral wealth, and nearly 17,000 Russian and indigenous people live there today. The ownership of the Kurils has remained unresolved ever since.

Tensions were reignited in recent weeks when Russian President Dmitry Medvedev visited the islands, prompting an angry Japanese government to temporarily withdraw its ambassador from Moscow in protest.

Location: Roughly equidistant from Vietnam and China in the South China Sea

The dispute: This chain of about 30 islets and reefs in the South China Sea hasbeen one of the main points of contention between two erstwhile Cold War allies. There’s evidence of Chinese habitation on the islands as far back as the eighth century Tan dynasty, though today it is occupied only by Chinese military personnel. The cluster of small rock islands and reefs was claimed by France as part of French Indochina in 1887 over strong Chinese protests.

In the past year, Chinese authorities have repeatedly arrested Vietnamese fishermen near the islands, prompting angry protests from Hanoi.

Location: In the South China Sea, about two-thirds of the way from Vietnam to the Philippines

The dispute: It might almost be easier to list the East Asian countries that don’t have a claim on this chain of about 100 islets, reefs, and sea mounts. Competing claims on the islands and the surrounding waters began in the 1930s when the region’s abundant resources, including gas, oil, and fish, became apparent. Since the 1950s, 29 oil fields and four gas fields have been developed in the Spratly area.

The various actors’ claims differ, though only China is bold enough to claim all the islands (based on Han dynasty navigation records dating back to 110 A.D.). The Spratly Islands were claimed by the Japanese during World War II but Tokyo makes no claim on them today. The islands are uninhabited by civilians, though China, Vietnam, and the Philippines have all stationed troops on the islands they control. The dispute has led to violence at times: In 1998 when Chinese and Japanese naval vessels fought over a disputed reef, more than 70 sailors were killed.

A joint resolution in 1992 by the Association of Southeast Asian Nations committed the parties to attempt to resolve the disputes peacefully, but many countries continue to accuse China of using its military muscle to consolidate control over the entire island chain.