Are brie and baguettes a vital part of world heritage? Yesterday, the United Nations' cultural organization (UNESCO) added the French gastronomic experience to the world's list of intangible cultural treasures. Here are 10 of the more bizarre entries on the list. 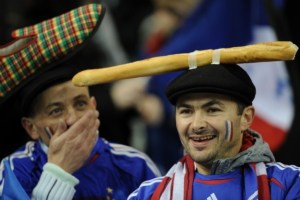 Are brie and baguettes a vital part of world heritage? Yesterday, the United Nations’ cultural organization (UNESCO) added the French gastronomic experience to the world’s list of intangible cultural treasures. Here are 10 of the more bizarre entries on the list.

Huh? Once a year, Turkish men gather in the city of Edirne in western Turkey, put on their best water-buffalo-leather trousers, slather themselves in olive oil, and wrestle on the grass. The winner of the tournament, which has taken place every summer for almost 650 years, is declared baspehlivan, or “head wrestler.” It’s not just grappling and grass stains, though. Thousands flock from all over Turkey to enjoy music, poetry, and parades in addition to this ancient, greasy spectator sport.

UNESCO’s resolution says the festival is “strongly rooted in the practitioner community as a symbol of identity and continuity highlighting the virtues of generosity and honesty and reinforcing members’ bonds with tradition and custom, thus contributing to social cohesion and harmony.” But from the outside it just looks pretty messy.

Watch a video of the action here. 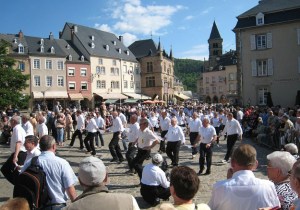 THE HOPPING PROCESSION OF ECHTERNACH

Huh? Across Europe, the Tuesday after Pentecost is marked in many ways, including with prayer rallies and special church services. But in the town of Echternach, near the Luxembourg-Germany border, they hop. The hopping procession’s origins are murky — it may have been adapted from pagan tradition — but it has been going on since 1100. Around 8,000 dancers, divided into 45 groups (clergy in front, followed by young people, and ending with the old) proceed from Echternach’s central square, hopping through the streets of town and ending with a ceremony in the Echternach basilica. A live band accompanies the hoppers, playing a jig.

According to UNESCO, the hopping procession provides participants and observers with “a sense of continuity and identity.” Or whiplash. 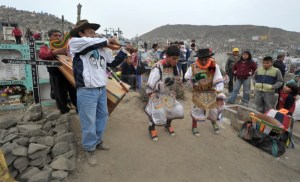 Huh? It may sound like an accident waiting to happen, but Peruvians have been dancing with scissors since the 16th century, when indigenous people started doing a competitive acrobatic dance with scissors in their hands, supposedly while possessed by spirits.

Today, the scissors dance has migrated with indigenous Peruvians from villages in the Andes to urban areas. Dancers, known as cuadrillas, wear colorful costumes and jump through the air with pairs of scissors to the accompaniment of harp and fiddle music. Although Spanish priests used to accuse the dancers of being possessed by the devil, the performance is now a regular feature of Catholic holidays. Watch a video of the dance here. 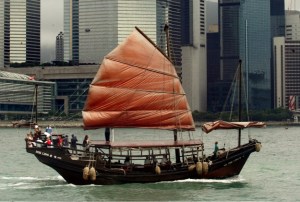 THE WATERTIGHT-BULKHEAD TECHNOLOGY OF CHINESE JUNKS

Huh? China has been famed for its shipbuilding since the Han dynasty, specifically its junks. These sailboats, which developed in Fujian province, revolutionized shipbuilding, largely thanks to their watertight bulkheads, which allowed some sections of the hull to flood without bringing down the whole ship. The watertight bulkhead continues to be an important safety feature in ships today, from cruise ships to sailboats.

Huh? Between running with bulls and citywide tomato fights, Spain is known for a variety of eccentric group activities. The tradition of building human towers, however, interests UNESCO the most. The human tower, or castell, is a longstanding tradition at festivals in Catalonia and such an important one that it was featured in the Spanish exhibit at the 2010 Shanghai Expo.

Catalans compete to form the tallest human tower by standing on teammates’ shoulders. Teams practice for months in anticipation of major Catalonian festivals. Sometimes the towers can be as tall as 10 stories, often with children at the top. UNESCO calls this game of high-stakes, human Jenga an “integral part” of Catalonian identity. 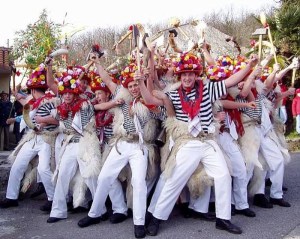 Huh? This tradition takes place during the carnival period before Lent, but is still distinctly pagan in character: Men in the area around the small town of Kastav in northwestern Croatia dress as plants and animals (including a prankster bear), prowl through the forest, burn garbage, ring bells, and bump into each other.

When one of these traveling theater projects reaches a town, the participants ring their bells fiercely in the center of town until locals come out and feed them. It’s a bit like trick-or-treating — but for grown-ups and featuring wanton destruction. Nonetheless, UNESCO calls it a “way to strengthen bonds within the community.”

Huh? Sicilians are serious about their puppets. Puppet theaters, which are often run as family businesses, first sprung up in the 19th century. In a typical show, marionettes act out stories based on medieval literature, Renaissance poetry, and saints’ lives. It’s not all kids’ stuff, though. Puppet theater is what passed for mass media in Italy in the days before Prime Minister Silvio Berlusconi owned most of it.

As with many traditional art forms, “Tourism has contributed to reducing the quality of performances,” according to UNESCO. Wait, so it’s our fault that puppetry isn’t wildly popular anymore? 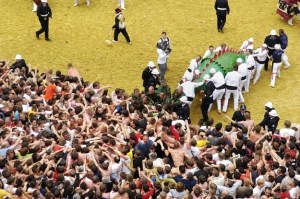 Huh? Fairy tales come to life in Belgium and France. Since the 14th century, celebrations in these countries have often included huge effigies (up to 3 yards tall) of historical, biblical, and sometimes contemporary figures. And dragons. Locals spend months building the effigies in anticipation of major festivals. The figures require up to nine people to carry them. Giants have even been known to waltz down the street together.

While UNESCO assures us that the giants are not in danger of disappearing, “they do suffer from a number of pressures, such as major changes to town centres and increasing tourism.” Brussels apparently hasn’t gotten around to giant and dragon accessibility codes yet. 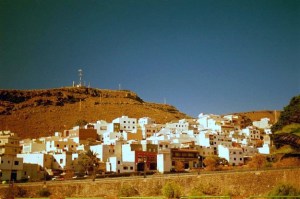 WHISTLED LANGUAGE OF THE ISLAND OF LA GOMERA

Huh? These Canary Islanders aren’t birds, but they do communicate by whistling. The people of the tiny island of La Gomera communicate with each other in a series of whistles. To an outsider it probably sounds like an unintelligible tune or a bird call, but Silbo Gomero, as the language is known, relies on minor distinctions like pitch and continuity. It’s even taught in schools on the island. Listen to a sample of Silbo Gomero here.

UNESCO calls the language a “distinctive contribution to the cultural heritage” of the Canary Islands. To the cat-callers in New York City: It’s time to step up your game. 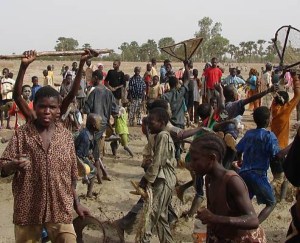 Huh? Residents of the town of San spend every second Thursday of the seventh lunar month up to their waists in the town marsh. In a ceremony that celebrates the founding of their town, the people of San spend over 15 hours wading in the pond with mesh nets catching fish. The fishing party starts after a sacrifice of goats and roosters to the pond’s spirits — and, like any good fishing party, it is followed by song and dance.

Unfortunately, according to UNESCO, the younger generation of Malians isn’t as keen on the fishing rite as their ancestors. Moreover, environmental factors like poor rainfall and urban development puts the local marshes at risk. One would imagine that having the whole town wallowing in it for 15 hours doesn’t help much either.