Why Can’t Arabs and Iranians Just Get Along?

The 14 centuries of bad blood behind the WikiLeaks cables. 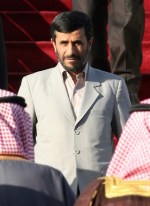 If we believe the recently leaked U.S. State Department messages, some leaders of Arab states harbor unkind thoughts about their Iranian neighbors. In addition to describing them in terms like “liar” and “snake,” they have expressed a wish to American visitors that this troublesome neighbor would somehow go away. For his part, Iranian President Mahmoud Ahmadinejad, stung by these harsh epithets, claims that the entire WikiLeaks affair is a foreign conspiracy to sow discord between Iranians and Arabs and to strengthen the Americans’ claim that Iran has become a diplomatic polecat in its own region.

Arab-Iranian hostility is not uniform. Iranians enjoy correct if not warm relations with their Qatari and Omani neighbors. Relations with Saudi Arabia and Bahrain are icy, with the United Arab Emirates and Kuwait falling somewhere in the middle. When pushed to the wall, both sides have been capable of putting aside old prejudices and grievances (real and imagined) and can act in their own interest and maintain cordial state-to-state ties. Nevertheless, the big picture is negative, as the cables dramatically show.

What is going on here? What is behind this intra-Islamic and intraregional strife? Are those Arabs denouncing the Iranians speaking just for themselves or for a broader segment of public opinion? Why do Iranians beat their chests for Palestine, an Arab cause? And despite what they say, do the Saudis and others really want the Americans — and perhaps the Israelis by extension — to attack Iran?

It belabors the obvious to say Arab-Iranian relations are complicated. Whatever their relations, these two peoples do not suffer from a lack of contact. Where the Iranian and Arab worlds meet — along both shores of the Persian Gulf, in south­western Iran, and in Iraq — there is frequent intermarriage, migration, bilingualism, and commerce. A majority of Arab Bahrainis and Iraqis share the Shiite Islam of the Iranians; millions of Khuzestani Iranians speak Arabic as a mother tongue; an Iranian people (the Kurds) comprise about 20 percent of Iraq’s population; and many prominent families of the Arab Gulf states trace their origins to southern Iran.

All this contact, however, has not brought understanding. On both sides, there is mistrust and little appreciation for the “others” and how they view the world. Some of this suspicion comes from religious differences. On the Arab side, the ruling Sunni families (in Bahrain, for example) are wary of their own Shiite communities. Extreme reli­gious ideologues on both sides view the others as heretics and outside the community of believers. Both sides continue to fight the sectarian battles of the seventh century. An Arab visitor to Iran once complained to me that he was frequently asked, “Sir, are you a Muslim or a Sunni?”

Also in the mix is extreme ethnic and national pride. Iranians are justly proud of their imperial history and of maintaining a distinct identity for more than 2,500 years through an often tragic history of invasions and defeats. Iranians are proud of their national language, their literature, and their achievements in science, scholarship, and the arts. Arabs have a similar pride in their ancient civilization, their traditions, and, in particular, their remarkable language.

Too often, however, this pride has become chauvinism and has made each side look down on the other and denigrate its achievements and civilization. To many Arabs, the Iranians were arrogant, luxury-loving fire-worshippers and pagans until the Arabs brought them the enlightened message of Islam. To many Iranians, the Arabs were uncultured nomads who destroyed the great Iranian civilization of the ancient Near East. Such stereotypes fly in the face of reality, but they persist and continue to exercise their power.

Mutual ignorance compounds the hostility. Despite centuries of interaction and contact, neither side knows much about the other. What do Arabs and Iranians know of each other’s art, literature, history, politics, and traditions? Very little. Perhaps a close parallel is the relations between Mexicans and Americans. As Americans we appreciate Mexican food (or a variety of it) and Mexican music. But what do most of us know of Mexico’s culture and history? Very little indeed. So in this mutual ignorance it is easier to dismiss the others as “liars,” “snakes,” and “heretics” than make the effort required for understanding.

Topping all these layers of religious and ethnic difference lie harsh political realities. The Arab states of the Persian Gulf are tradi­tional monarchies dominated by ruling families; the Islamic Republic of Iran is a revolutionary, popu­list state with republican forms resting on a theocratic base. And the last 60 years have not been kind to monarchies. The score card of crashed thrones is dramatic: Egypt (1952), Iraq (1958), Libya (1969), Ethiopia (1974), Afghanistan (1973), and Iran (1979). Who is next? Who can blame Persian Gulf rulers for feeling like an endangered species when their large non-Arab neighbor to the north — born in a revolution that overthrew an Iranian king of kings — not only follows what they see as heresy in religion, but espouses a political ideology that rejects the very idea of monarchy? Although the Islamic Republic has never been very good at diplomatic niceties, even those niceties it does practice cannot hide the fact that it rejects monarchs as illegitimate.

Adding to this venomous blend is Iran’s own diplomatic ineptitude, which has long fed its neighbors’ suspicions. For 30 years the Islamic Republic has shown an ability to make gratuitous enemies both near (e.g., Kuwait) and far (e.g., Argentina). Tehran’s charm offensives have been shortlived and too often have degenerated into crude threats and old territorial claims. Deep-seated Iranian prejudices against Arabs may be too strong to suppress for very long.

Iran No Friend of Ours

Perhaps to distract its population from obvious economic and political failures at home, the Islamic Republic has beaten the drum for Arab causes and shown itself more Arab than the Arabs in shouting for oppressed Palestinians at, for example, “Quds Day,” which the Iranians tacked into Ramadan. Such action — seen as an attempt to alienate neighboring governments from their populations — has not won Iran many friends in Arab capitals. These campaigns from Tehran have raised suspicions that the Iranians’ true motive is not to help oppressed Arabs, but to embarrass Arab governments — which might be more amenable to working with the Israelis than their publics — and ultimately to re-create the Islamic Revolution on neigh­boring soil. Under these conditions, it should come as no surprise that rulers in Riyadh and elsewhere might hope someone will “do something” about their troublesome neighbor.

Do the Arabs really want a war with Iran? Probably not, given the potentially disastrous economic and political consequences of such a conflict. But with all their pent-up grievances, both ancient and recent, they are not above sharing frustration, particularly with those American visitors who might — for very different reasons — share their feelings of hostility.

Let the Referendum on Trump and Trumpism Begin

Taiwan Is Exporting Its Coronavirus Successes to the World