Ten world figures who are getting their 15 minutes in the limelight. 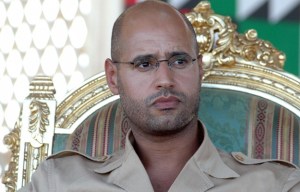 Saif al-Qaddafi, the Western-educated son of Libya’s eccentric leader Muammar al-Qaddafi, may well be in line to take over the country when his father eventually relinquishes power. In the meantime, though, the current regime seems to be working out pretty well for Saif. According to a May 2006 State Department cable, the younger Qaddafi personally benefits from corruption in the North African republic, even as he styles himself a reformer. The cable points out that while Saif’s “quasi-NGO” is ostensibly pushing for greater press freedoms within Libya by opening the country to foreign publications, the “Qadhafi family will clearly accrue significant financial gains from having exclusive rights to distribute foreign press in Libya, as well as effective censorship over any troubling articles that might appear.” According to the cable, Saif isn’t the only Qaddafi making money off his father’s rule: Nearly every member of the family benefits in one way or another. 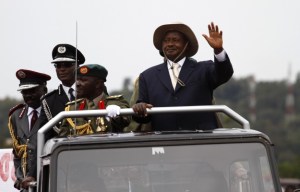 Yoweri Museveni has held power in Uganda since 1986 and shows no signs of giving it up, but that doesn’t mean he never feels threatened. In June 2008, the Ugandan president was concerned that tensions with Libya were ramping up and “worries that Qadhafi will attack his plane while flying over international airspace,” according to a cable reporting on a conversation he had with the U.S. assistant secretary of state for African affairs at the time. Museveni also keeps in touch with Zimbabwean President Robert Mugabe, who according to Museveni, “is unwilling to take calls from most African leaders saying they are not his age-mates.” In a meeting with the assistant secretary a year earlier, Museveni described the leader of the insurgent Christian fundamentalist Lord’s Resistance Army as a “trickster” and argued that Sudan was responsible for funding the rebel group, according to a leaked cable. 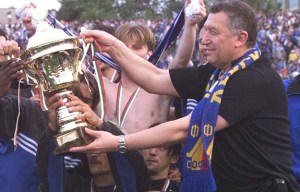 Much has changed in Bulgaria since the fall of the Iron Curtain, but corruption and organized crime persist, according to a July 2007 cable from the U.S. Embassy in Sofia. “Organized crime has a corrupting influence on all Bulgarian institutions, including the government, parliament and judiciary,” reads the cable. But the most striking personality in the Bulgarian crime scene (at least of the names that weren’t redacted) is allegedly Michael Chorny, a Russian mobster who maintains a strong influence in this country despite court orders keeping him out. Chorny occupies the shadowy space between private enterprise and organized crime in Eastern Europe and may have connections to Russia’s state-owned oil company and the security services, according to the cable. 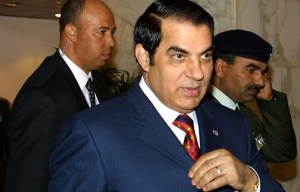 Tunisia’s president, Zine el-Abidine Ben Ali, is one of the most pro-Western leaders in the Arab world, but that doesn’t mean he isn’t also a brutal human rights abuser. Ben Ali has come under heavy criticism from both human rights organizations and foreign governments for the way his country treats prisoners and dissidents. But according to a March 2008 account of Ben Ali’s meeting with the U.S. assistant secretary for Near East and Africa affairs, he doesn’t like the pressure. Ben Ali, “expressed regret, however, over the human rights criticism Tunisia has faced as a result of its efforts to combat terrorism. Some governments have a ‘double standard,’ he said.” But at the same time State Department officials were praising Ben Ali for his help in the war on terrorism, the U.S. Embassy in Tunis had plenty of disparaging remarks on the level of corruption in Ben Ali’s government. A June 2008 cable titled “Corruption in Tunisia: What’s Yours Is Mine” and signed by Ambassador Robert F. Godec reported that whether it’s “cash, services, land, property, or yes, even your yacht, President Ben Ali’s family is rumored to covet it and reportedly gets what it wants.” 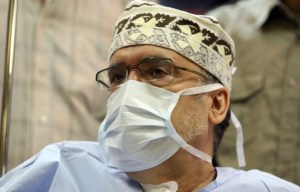 In August 2009, the Scottish government freed Abdelbaset al-Megrahi, the convicted bomber of the 1988 Pan Am Lockerbie flight, on humanitarian grounds due to an advanced state of terminal prostate cancer. The move upset many in the United States and Britain; later, there was widespread speculation that the British government had agreed to free Megrahi to secure BP’s access to Libyan oil. A set of cables on the issue suggest that the rumors may have been more than just conspiracy theories. British Embassy staff in Tripoli were convinced that “if al-Megrahi were to die in prison [in Scotland]” the consequences for the British-Libyan bilateral relationship would be “harsh, immediate and not easily remedied,” according to a January 2009 cable. The same cable called Megrahi the Libyan regime’s “most sensitive political subject,” while a later cable noted that statements from the Libyan leader’s son linked Megrahi’s release to business deals with the U.K. “During Saif al-Islam’s remarks to his new television station ‘Al Mutawassit’ August 20, which were reprinted August 21 in state-owned newspaper ‘Oya,’ he linked Megrahi’s release to UK business contracts, asserting that Megrahi’s case was raised during all negotiations of UK-Libya commercial, oil, and gas deals.” 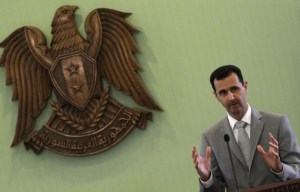 Syria’s intelligence services are notoriously effective — and secretive. That’s why it was a pleasant surprise for U.S. State Department coordinator on counterterrorism Daniel Benjamin when Gen. Ali Mamlouk, the Syrian general intelligence director, came to a Febuary 2010 meeting in Damascus. The Syrian ambassador to the United States, who served as an interpreter during the meeting, told the U.S. delegation that “Mamlouk’s attendance at meetings with foreign delegations was extraordinary and did not occur ‘even with friendly countries like Britain and France,'” according to a cable about the meeting. They discussed efforts to increase cooperation between Washington and Damascus on terrorism issues, but Syria’s top spy “repeatedly stressed” that the meeting “did not signal the commencement of security and intelligence cooperation between Syria and the U.S.” 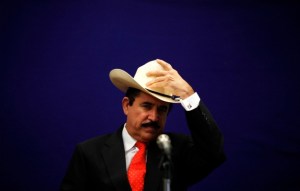 When the Honduran military in June 2009 overthrew President Manuel Zelaya after an attempted referendum on term limits was deemed unconstitutional by the Supreme Court, there was a great deal of confusion as to who was in the right. Even two months later, State Department spokespeople were telling reporters that “there’s a lot of discussion about who did what to whom and what things were constitutional or not.” In reality, though, the U.S. Embassy in the Honduran capital of Tegucigalpa had figured it out. There is “no doubt that the military, Supreme Court and National congress conspired on June 28 in what constituted an illegal and unconstitutional coup against the Executive Branch,” says a cable a signed by the U.S. ambassador to Honduras month after Zelaya was ousted. The former president remains in exile and a general election in November 2009 put conservative Porfirio Lobo in power, but Honduras continues to be a headache for Obama’s administration. 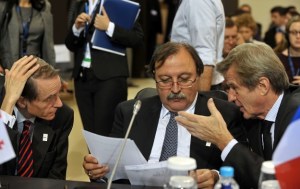 When Russia and Georgia fought a war in August 2008, the small Caucasian country was swiftly crushed by its larger northern neighbor. So it shouldn’t be much of a surprise that Georgian Foreign Minister Grigol Vashadze’s conversations with U.S. officials focus on a fear of Moscow’s reach. During a November 2009 dinner with the U.S. ambassador in Tbilisi, Vashadze rang the alarms over France’s decision to sell Mistral-class helicopter carriers to Russia, which he said would upset the balance of power in the Black Sea, according to a cable recounting the conversation. Vashadze also expressed concern over other potential arms sales from European countries to Russia, which “could render an already out-of-balance military confrontation even more lopsided.” 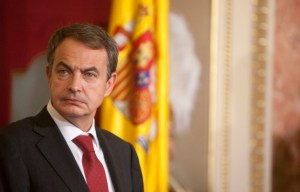 José Zapatero and his Socialist Party (PSOE) rode into the prime minister’s seat in Spain on a wave of anti-war sentiment following the premiership of José María Aznar, a staunch ally of George W. Bush and a vigorous supporter of the invasion of Iraq. U.S. officials, understandably, were concerned about growing rifts between the two allies, according to recently released cables. A March 2007 cable says that the U.S. ambassador in Madrid expressed “deep concern” over the direction and tenor of the PSOE’s statements on Iraq during the run-up to the Spanish municipal/regional elections. The ambassador requested that “Zapatero act to tamp down the matter and avoid fueling anti-American sentiment.” Other cables show the United States concerned over Spain’s position on contributing troops to NATO efforts in Afghanistan. 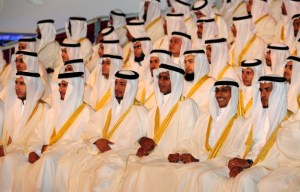 Saudi Arabia might be known for its harsh laws toward women and its morality police, but according to one remarkable State Department cable, money and royal connections can let you get away with anything in the kingdom. “The underground nightlife for Jeddah’s elite youth is thriving and throbbing,” the November 2009 cable reports, after U.S. Embassy staff attended an underground Halloween party. “The full range of worldly temptations and vices are available — alcohol, drugs, sex — but strictly behind closed doors.” All the names in the cable are redacted, but the note from Jeddah to Washington gives a picture of a hypocritical Saudi society in which elite youths drink punch made with local moonshine, engage in “fleshly pursuits,” and partake of “working girls.” As long as a member of the royal family is at the party, the religious police will “keep their distance,” according to the cable.