For every totally out-of-the-blue crisis that seizes the international agenda, there are some that everyone should have seen coming. Here are five foreign-policy stories to watch in 2011. 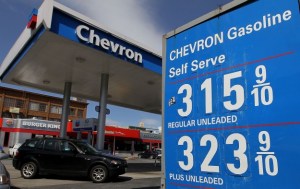 The global economy seems to be moving in the right direction, but that tenuous recovery could come quickly undone if the price of oil continues to rise. The price of a barrel of oil has been trending steadily upward at the conclusion of 2010: It stood at $91 as of Wednesday, Dec. 29, up 22 percent from a year earlier. With memories still fresh of the slowdown that accompanied the oil shock in 2008 — when the price of a single barrel shot up to $145 and gasoline cost $4 a gallon in the United States — you can bet that political leaders around the world will be keeping a close eye on the natural resource markets.

There’s good reason to believe that prices won’t rise quite as high as they did two years ago. Unlike then, a cushion of surplus oil wells stand ready in Saudi Arabia and elsewhere to fill almost any demand spurt in the coming year. In addition, oil companies are currently working furiously to expand the total supply of available oil even further: As FP‘s Steve LeVine has pointed out, the world’s biggest oil companies are increasing their spending on international projects in 2011 by 17 percent. And according to the Wall Street Journal, the price increases are being driven less by insatiable economies than by financial investors, who are betting on higher future prices. Those speculators say they’ll have a stabilizing effect on potential oil shocks, since they’ve created an incentive to buy oil now and store it for future use.

Still, energy costs are taking an ever-larger bite out of Americans’ pockets, accounting for 5.5 percent of personal budgets in October 2010 — up from 4.8 percent a year earlier, and uncomfortably close to the 6 percent share that’s generally acknowledged to have a negative effect on consumer spending. 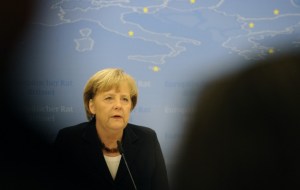 That the euro currency didn’t entirely dissolve this past year is largely due to the monetary heroics of Jean-Claude Trichet, president of the European Central Bank. But with his final term coming to a close in October of next year, he won’t be around much longer to defend his legacy. In fact, it increasingly seems that the greatest repudiator of that legacy, Bundesbank chief Axel Weber, will be the person tapped to replace him. That could spell renewed and deepened turbulence in the European Union, and might even trigger a second global recession and an unraveling of the eurozone.

Trichet was quick to realize that the nature of the crisis — and the nature of the continent’s byzantine political arrangements — demanded that he unilaterally broaden his institution’s narrow mandate: Rather than simply “maintain price stability,” the Frenchman worked feverishly to keep Greece, Ireland, and other debtor nations from defaulting by keeping interest rates low, buying bonds from beleaguered countries, and contributing to a massive ad hoc bailout fund.

Those maneuvers may have kept the continent’s currency from falling off the precipice, but they were controversial among the orthodox monetarists who have their base in Germany, and from among whom Angela Merkel is likely to select a candidate to become the new ECB chief. The favorite is assumed to be Weber, an academic economist who has been advising Merkel for years and was her choice to lead Germany’s national bank. Weber has been running an unusually undiplomatic campaign for higher office, mincing few words in stating his opposition to Trichet’s loose-money policies of the past several years.

Expect smaller European countries — which stand to lose out if Weber were in a position to push through higher interest rates on the euro — to put up a fight against his nomination. (The ECB president is selected in a majority vote by the leaders of those countries that use the euro.) And even some Germans have made it clear they think it would be a mistake: Former chancellor Helmut Schmidt recently warned that German central bankers were dangerous dogmatists. “In their innermost heart, they are reactionaries. They are against European integration,” he told German newspaper Handelsblatt.

But Weber may be coming regardless: By continental convention, it’s Germany’s “turn” for a high-level European post. We should begin preparing to hear a lot more nein coming from Frankfurt next year. 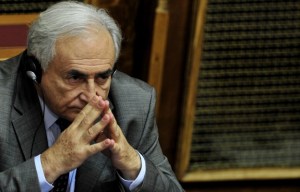 The rise of the rest at the IMF: Strauss-Kahn moves out, emerging economies move in

Polls show that only one prominent figure in French public life could handily defeat sitting president Nicolas Sarkozy in his re-election bid in 2012. Fortunately for Sarkozy, that person is otherwise occupied, for now: Dominique Strauss-Kahn is busy running the International Monetary Fund (IMF) in Washington, D.C., where his term as managing director runs until late 2012 — after the conclusion of the French vote.

And it’s an especially hectic time at the IMF. The organization has been called in to help keep a growing number of countries from going bankrupt, including Greece, Hungary, Iceland, Ireland, Pakistan, and Ukraine. Strauss-Kahn is generally acknowledged to have done a commendable job throughout the crisis; whereas earlier IMF interventions routinely triggered protests, the most recent bailouts have been generally been embraced by the bailed-out countries.

If Strauss-Kahn does indeed depart the IMF next year, whoever takes over won’t only be responsible for overseeing the organization’s active programs around the world — he or she would also be responsible for managing the delicate negotiations over the political composition of the multilateral institution. Over the past year, emerging economies have expressed their intent to challenge Europe’s dominance over the 24-member board that governs the IMF. Indeed, if the top slot is open next year, other countries may formally object to Europe’s traditional, informal prerogative to name a replacement. (Strauss-Kahn has acknowledged that such a challenge is inevitable, saying at the beginning of December that “the so-called agreement between the US and Europe whereby the IMF head was European and World Bank president was an American is over.”)

Economists have warned that given the continued fragility of the international economy, this is no time for a succession crisis. “If turmoil continues on the markets, it won’t be the time to have a huge diplomatic debate in the midst of a financial crisis,” says Adam Lerrick of the American Enterprise Institute. That’s why Strauss-Kahn may be under pressure from his fellow Europeans to stay put, the better to forestall institutional upheaval.

Strauss-Kahn has so far given few clear signs that he’s decided to run against Sarkozy. But it’s no secret that he’s previously had the ambition to sit in Elysee Palace, and he has coyly declined to deny he’s considering it this time around. (“It’s not a given that the day when I have an answer to this question, I’m going to give it through the media,” he told French public radio France Inter on November 15.) To take on Sarkozy though, he’d have to convince France’s Socialist Party to select him as its candidate. That may be the toughest challenge of all: Though he’s a long-time Socialist Party member, it won’t be easy to convince the French left to vote for someone who has spent the last several years working to save the reigning capitalist order. 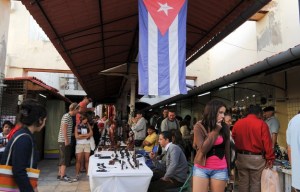 Next year may bring perestroika to one of the world’s final communist holdouts. Or not. But at its April 2011 meeting, the Cuban Communist Party is expected to approve a 32-page document that describes “guidelines for economic policy” in the face of Cuba’s wealth of problems, which include a heavy reliance on food and energy imports, an inefficient export sector, crumbling infrastructure and a rampant black market. President Raúl Castro has already announced that the country should expect state-worker layoffs, agricultural reforms, and the creation of new licenses for some types of self-employment.

The Cuban government will also be looking to attract new foreign investors — not least, so that the country’s creaking energy and transportation infrastructure can be refurbished. Already countries like Brazil, China, and Venezuela have responded with bids to upgrade Cuba’s ports and oil refineries. Other countries are also trying to get a head start in the new Cuban market: South Africa has forgiven $137 million in debt in order to improve relations, and France has restored its bilateral cooperation with Cuba after a seven-year freeze. (The United States, however, is unlikely to get in on the act: The incoming Republican chair of the House Foreign Affairs Committee, Ileana Ros-Lehtinen, has made it clear she intends to work to further isolate Cuba.)

It’s an open question whether the Cuban government, much less Cuban society, is really ready for a major shift in the economic status quo. Foreign investment will pose a challenge to the autocracy that has reigned in Cuba for decades, as investors inevitably work to shape Cuba’s future policy decisions. And after decades of being entirely dependent on the state for jobs (as well as nearly everything else, including food, education, and health care), Cubans may not make the transition to market-based thinking entirely seamlessly. Indeed, it’s easy to imagine that they will respond to government layoffs not with entrepreneurial verve but with angry protests. 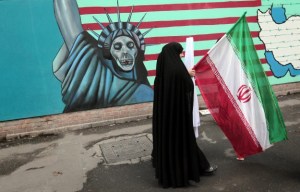 According to Jeffrey Goldberg’s September 2010 cover story in The Atlantic, next year could very well be a decisive one in the protracted Iran nuclear crisis. Israeli officials told Goldberg that their deadline for seeking a peaceable end to the Iranian enrichment program is the middle of 2011 — after which they will presumably set into motion a series of military air strikes to destroy Iran’s nuclear infrastructure. And that, Goldberg writes, could easily lead to “a full-blown regional war that could lead to the deaths of thousands of Israelis and Iranians, and possibly Arabs and Americans as well.” With Iran showing little inclination of arriving at a negotiated solution, that ominous result may not be far off.

Of course, that fate may still be avoided. The sanctions regime organized by the United States might convince Tehran to change its strategic calculus; Israel might eschew military attacks in favor of a combination of cyber warfare and covert operations, which seem to have proven successful over the past year; or it might be the White House that insists on conducting a military campaign of its own against Iran. What’s clear is that in the year ahead leaders in Israel will be keeping a close eye on both Tehran and Washington.