One stat to rule them all. 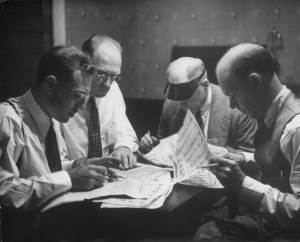 Out of the carnage of the Great Depression and World War II rose the idea of gross domestic product, or GDP: the ultimate measure of a country’s overall welfare, a window into an economy’s soul, the statistic to end all statistics. Its use spread rapidly, becoming the defining indicator of the last century. But in today’s globalized world, it’s increasingly apparent that this Nobel-winning metric is too narrow for these troubled economic times.

1937: Simon Kuznets, an economist at the National Bureau of Economic Research, presents the original formulation of gross domestic product in his report to the U.S. Congress, “National Income, 1929-35.” His idea is to capture all economic production by individuals, companies, and the government in a single measure, which should rise in good times and fall in bad. GDP is born.

1944: Following the Bretton Woods conference that established international financial institutions such as the World Bank and the International Monetary Fund, GDP becomes the standard tool for sizing up a country’s economy.

1962: But GDP evangelists reign. Arthur Okun, staff economist for U.S. President John F. Kennedy’s Council of Economic Advisers, coins Okun’s Law, which holds that for every 3-point rise in GDP, unemployment will fall 1 percentage point. The theory informs monetary policy: Keep growing the economy, and everything will be just fine. 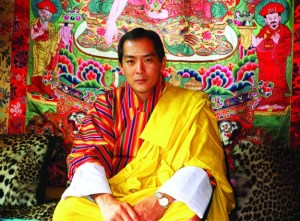 1972: Upon being named king of Bhutan, Jigme Singye Wangchuck declares his aim is not to increase GDP, but GNH — “gross national happiness.”

June 1978: Writing in Britain’s The Economic Journal, Irving B. Kravis, Alan W. Heston, and Robert Summers compile the first estimates of GDP per capita worldwide, with figures for more than 100 countries. 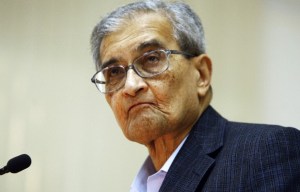 1990: The United Nations launches the Human Development Index, which measures such factors as education, gender equality, and health. U.N. economist Mahbub ul Haq convinces future Nobel laureate Amartya Sen to create “an index as vulgar as GDP but more relevant to our own lives,” as Sen remembers it.

December 7, 1999: The U.S. Commerce Department declares GDP “one of the great inventions of the 20th century.”

2001: The bursting of the tech bubble and the 9/11 attacks send the U.S. economy into a temporary tailspin. During the subsequent recovery, something unexpected happens: Although GDP rises between 2002 and 2006, personal incomes fall.

September 2006: China creates a new index for “green GDP” — a measure of national economic output that takes environmental factors into consideration. The first report finds that environmental damage, had it been accounted for, would have knocked 3 percent off China’s GDP in 2004. 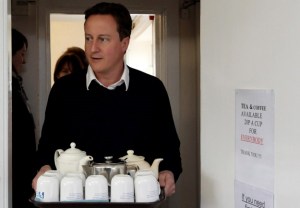 2008: The U.S. government begins funding the State of the USA project, designed to create a “key national indicator system” with hundreds of new data points to add nuance to standard GDP stats.

September 14, 2009: The French government releases a report, co-authored by Nobel Prize-winning economist Joseph Stiglitz, that calls for an end to “GDP fetishism.”

November 15, 2010: British Prime Minister David Cameron‘s government announces that it will, for the first time, survey happiness in addition to other economic measures. Who knew austerity would be so warm and fuzzy?

Infographic: Here’s How the Global GDP Is Divvied Up

Spoiler alert: The United States gets the biggest slice of the pie.

Why it’s time to end the tyranny of Gross Domestic Product.

GDP and defense: Who’s to blame