New Kids on the Block

Meet the foreign-policy powers for the new GOP congress. 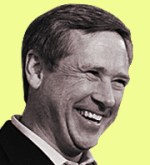 Sen. Mark Kirk: A Navy reservist from Illinois who once worked at the State Department, Kirk might have the best foreign-policy chops of any new senator. As a member of the House of Representatives, he co-sponsored several bills calling for harsh sanctions on Iran’s petroleum sector, large parts of which eventually found their way into the bill signed into law by President Barack Obama last July. 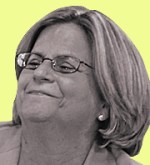 Rep. Ileana Ros-Lehtinen: The new chair of the House Foreign Affairs Committee has expressed skepticism about U.S. funding for the United Nations and the Palestinian Authority. Hailing from southern Florida, she’s even more hawkish on Cuba, having once called for the assassination of Fidel Castro. “She’s no Dick Lugar,” said one House aide, referring to her temperate Senate counterpart. “She and her staff often go for the jugular.” 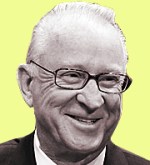 Rep. Howard “Buck” McKeon: Even before taking over the House Armed Services Committee, the California congressman was pushing for higher defense budgets. And with a reportedly close relationship with Gen. David Petraeus, McKeon is well placed to be a wrench in the works as Obama tries to stick to his planned July drawdown of U.S. troops from Afghanistan.

Sen. Marco Rubio: Of all the freshman senators, the spotlight shines brightest on this ambitious young Cuban-American from Florida, a Tea Party icon. And he’s no fan of the president’s foreign policy. “The Obama doctrine of appeasing our enemies, alienating our allies, and delegating our national security to the international community may have won President Obama a Nobel Peace Prize, but it has made the world a more volatile and dangerous place,” he said during the campaign.

The Tragic Romance of the Middle-Aged Western Liberal

Finland Has a Plan for Russia’s Little Green Men