The U.S. secretary of defense believes that better military relations with Beijing can help avoid an arms race. But is that what the Chinese want?

Will China listen to Gates? 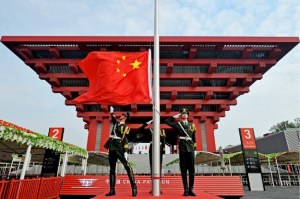 Will China listen to Gates?

On Jan. 9, U.S. Defense Secretary Robert Gates will leave on a three day visit to China, where he will meet with his counterparts in the Chinese government. According to Gates’s spokesperson, the trip is “aimed at improving our mutual understanding and reducing the risk of miscalculation.” Achieving a sustained military-to-military relationship between the United States and China has long been a goal of Gates. For the secretary, the ultimate purpose of such a relationship is to avoid a wasteful and potentially dangerous arms race between the two powers. What remains to be seen is whether Gates’s hosts have the same view and whether they currently have much incentive to listen to their guest.

As a trained historian and former Cold Warrior, Gates is well aware of the costs and dangers of military competitions among great powers. Now in the eleventh hour of what will presumably be his last tour of public service, Gates is hoping that a system of regular contact between U.S. and Chinese defense officials will increase transparency, reduce suspicion, and ease the pressure that would otherwise push for greater military preparation on both sides. Gates is now deeply immersed in defense budget planning and feels the pressure smaller budgets will place on U.S. forces. Should Gates be able to avert an arms race with China, he would achieve a success that would eclipse those he may yet achieve in Iraq and Afghanistan.

For Gates, the U.S.-China military relationship benefits both sides and should logically be a high priority for both countries. Unfortunately, Chinese behavior on this issue does not support that view. In recent years, China has viewed Gates’s desire for the relationship as mostly a U.S. interest, which Beijing has alternately granted and then withdrawn as a bargaining chip. The most recent such power play occurred a year ago after the Obama administration approved a weapon sale package to Taiwan. After much pleading from Gates in 2010, Beijing agreed to restart the meetings. With the Chinese having broken off the relationship in the past, another flare-up seems likely to cause a new shutdown in the channel. It seems clear that Gates and his Chinese counterparts assign different values to the military-to-military relationship.

If the United States is to avoid an arms race with China, it may need a different approach than merely assuming that the Chinese also want to avoid that race. Chinese policymakers may have concluded that the coming decade is no time for China to restrain its military production. Important new Chinese systems such as an anti-ship ballistic missile, a fifth-generation stealth fighter, new submarine models, and an aircraft carrier are completing their research and development phases. By contrast, the U.S. government is under severe financial strain and will have to impose more cuts in weapons procurement. It did not help Gates’s negotiating leverage when, just prior to his departure for Beijing, photographs of tests of China’s new stealth fighter appeared in the media and Adm. Robert Willard, Gates’s commander in the Pacific, announced that China’s medium range anti-ship ballistic missile — the so-called “aircraft carrier killer” — had achieved “initial operational capability.” Gates, by contrast, held a press conference at the Pentagon three days before his departure to Beijing where he announced more spending cuts.

Gates continues to hope that a sustained military-to-military relationship between the United States and China will allow both sides to discuss their intentions and thus avoid dangerous misunderstandings. But he and other U.S. policymakers have to reckon with the possibility that China intends to use the upcoming period of retrenchment at the Pentagon to close the gap with U.S. military power in the region. If that’s the case, U.S. policymakers will need to rethink their assumptions.

Can an army fighting a drug war stay clean?

A batch of State Department cables recently released by WikiLeaks described the darkening mood among top officials in the Mexican government. In late 2009, the United States ambassador to Mexico reported that some of these officials concluded they were losing control of parts of the country to the drug cartels and that they had little time remaining to salvage the situation. Cartel violence subsequently intensified in 2010. Now, officials on both sides of the U.S.-Mexican border are calling on their military forces to restore order. Officers on both sides have good reasons to be wary of these calls to duty.

In October 2009, Carlos Pascual, the U.S. ambassador to Mexico, reported in a cable about a conversation he had with Geronimo Gutierrez, a deputy minister in charge of Mexico’s domestic security. According to Pascual’s cable, Gutierrez expressed a concern that the government could lose control over several regions. Gutierrez estimated that the Mexican government had just 18 months to show progress against the drug violence if the government’s campaign against the cartels was to be sustained.

Regrettably, 2010 turned out to be the worst year yet for Mexico’s drug war, with more than 13,000 killed, up from an estimated toll of 9,600 in 2009. Gutierrez’s fears may now be coming to pass. A battle in Ciudad Juarez between the Sinaloa and Juarez cartels for control over a smuggling route through El Paso, Texas, is turning the city’s noncombatants into war refugees. Since the battle began in 2008, estimates of 110,000 to 230,000 of Ciudad Juarez’s pre-drug war population of 1.4 million have fled the city. A small number of these refugees have arrived in El Paso, some setting up the businesses they abandoned south of the border. Some 6,000 Ciudad Juarez businesses closed in 2010, a year that saw over 3,000 murders in the city, a body-count that made the city one of the most dangerous places on earth. In Juarez, as with many other places in Mexico, Gutierrez’s ministry did not achieve the turnaround in 2010 he had hoped for.

With local police forces thoroughly corrupted by cartel money, the Mexican government has turned to its army to restore order. Juarez reportedly now has 10,000 soldiers patrolling its streets. But according to the leaked cables, Mexico’s army appears in many cases to be a reluctant enlistee in the war against the cartels. The cables describe the army as hesitant to share information with the police or to cooperate with them on operations. U.S. diplomats also fault the Mexican army for being ponderous and risk-averse.

The leadership of the Mexican army had good reasons, at least initially, for their hesitation in working with the police. The army was one of the most respected institutions in Mexican society. Institutions with such a status are naturally reluctant to risk their reputations, especially with an activity like domestic policing that is so fraught with risk. Cooperation with the police must have been a non-starter, given that many police officers were known employees of the cartels. Of greatest concern for Mexican army officers must be the very great fear that their organization will be similarly corrupted by drug money.

Officials in the United States may now end up subjecting the National Guard to the same risk of drug-money corruption. Last summer, the Obama administration deployed 1,200 Guardsmen to the border to fend off illegal migrants. Congressmen from both parties want to give authority to border state governors to deploy thousands more for a variety of missions, including drug enforcement.

Guardsmen currently deployed to the border are restricted to observing and reporting, leaving actual contact with migrants and smuggling suspects to the Border Patrol and local police. This policy should please Guard officers as much as it does civil rights advocates concerned about a creeping militarization of policing. Given the pressures on both sides, one wonders how long U.S. officials will be able to keep the military away from the messy and corrupting drug war. As for Mexico’s army, its officers should accept that they are across their Rubicon; their reputation is now in play so they might as well try their best to win.

This Week At War: The Pentagon Doesn’t Have the Right Stuff

The Navy can't 'contain' Iran -- even if we wanted it to.

When the big picture misses the point.