10 Reasons Americans Should Care About the Egyptian Revolution

From the U.S. budget to Israel, from morality to Facebook, here's why you should be following the amazing events in Cairo.

If you’re a reader of my blog, you probably care a lot about foreign policy and you’ve probably already been riveted by events in Egypt, including President Hosni Mubarak’s latest attempt to cling to power by offering largely meaningless concessions. But maybe one of your friends has asked you why Americans should care at all about who is governing that country or why it matters what its political system is. Although I think one can exaggerate Egypt’s importance to the United States, here are 10 reasons why Americans should care about what is happening there.

1. Money
The United States gives Egypt about $2 billion each year in economic and military aid (mostly the latter). This is partly a bribe to reinforce the Egypt-Israel peace treaty and encourage Egypt to collaborate with the United States in other ways (extraordinary rendition, anyone?). That’s not a huge amount of money for a country whose economy is $13 trillion, but in these troubled budgetary times, every dollar counts. So if you care about where your money is spent and on whom, you might want to pay attention to Egypt.

2. America’s Reputation
Whatever strategic benefits the United States has received from the tacit alliance with Egypt (and there are some), it has also associated the country with a government that buggered elections, tortured its own people, suppressed free speech, and behaved in a lot of other unpleasant ways. Backing Mubarak at all costs thus made the United States look hypocritical at best and callous at worst. And that’s why you might want to ask whether change is a good thing from America’s point of view, to say nothing of the Egyptian people’s.

3. Regional Stability
No one can say for certain how the upheaval in Cairo will affect regional events — including the peace treaty with Israel — but the possibility that it will have a big impact is enough reason to care about what is happening there. I’m more sanguine about this than some people are because I don’t think Egypt wants to get back into the war business. But I recognize the possibility that it could have destabilizing repercussions. But that doesn’t mean the United States should be propping up Mubarak at this point, because if he’s doomed, America will want to have earned some goodwill with his successors (and with the Egyptian people). In any case, if you think regional stability in the Middle East is of some value, you might want to invest a little time and energy thinking about Egypt.

4. The War on Terror
One could argue that Mubarak has been a useful partner in the war on terror, though some of the things Egypt has done (like rendition) are things America shouldn’t have been doing in the first place. But more importantly, a political transition in Egypt will remove one of al Qaeda’s major talking points and recruiting pitches: namely, that the United States is in cahoots with a lot of illegitimate dictatorships. And if the reform movement succeeds in revitalizing Egyptian civic and political life (not to mention the economy), al Qaeda will suffer yet another blow. 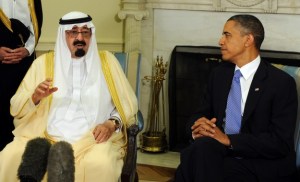 5. Relations with Other Middle East Allies
No matter how you feel about the uprising in Egypt, it is bound to affect U.S. relations with other states in the region. Jordan and Saudi Arabia are undoubtedly worried about whether the United States is being too fickle, and Israel is clearly worried about what change in Egypt will mean for its security situation. The point is that change in Egypt is going to complicate U.S. ties with a lot of other countries (at least in the short term), and Americans ought to think a bit about that near certainty. 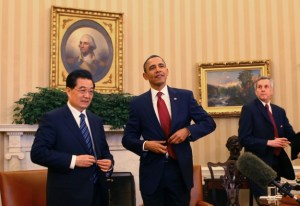 6. The Danger of Distraction
This reason follows from No. 5. Events in Egypt also matter because they are going to preoccupy Barack Obama’s administration for a long time. And that means less time to devote to other pressing problems. In fact, one could argue that the big winner in the Egyptian upheaval is China. Why? Because this revolt will keep U.S. attention riveted on the Middle East, which means America won’t be thinking and doing enough to maintain its economic competitiveness and reinforce the existing security architecture in Asia. 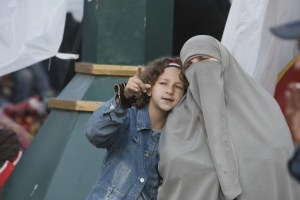 7. Morality
If you think that U.S. foreign policy ought to reflect America’s political values — including support for democracy and human rights — then obviously you care about what is happening in Egypt. Even a good realist like me thinks that morality matters, and there are even some situations (and I think this is one of them) where America’s moral instincts and long-term strategic interests coincide. There is an extraordinary human drama playing out in Cairo today, and it would be nice to be on the side of the good guys for a change. 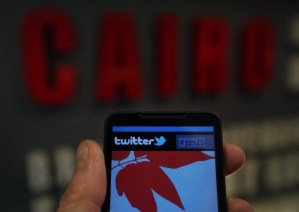 8. The Role of New Media
There has been a lively debate in recent years over whether new media (the Internet, blogosphere, Facebook, etc.) will have powerful democratizing effects. I’ve been somewhat skeptical of that notion (if not as skeptical as Evgeny Morozov), but Egypt is clearly an important test case for this ongoing debate. I don’t think we know enough to draw any firm conclusions (i.e., it’s hard to know what the relative impact of new media has been, especially when compared with legacy media operations such as Al Jazeera, pre-existing social groups, grass-roots organizing, etc.), but it would be silly to argue that it played no role at all. In short, if you care about information technology, you should be watching this one closely. 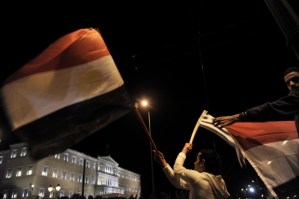 9. Learning the Right Lessons
Because the final chapters have not been written yet, we really have no idea what lessons to draw from this experience. But we are going to want to draw some eventually, and that requires us to pay attention while it’s happening. Here’s one tentative lesson: Democracy promotion in the Arab world (and in lots of other places) is better achieved from the bottom up, and via indirect political means, than at the point of a rifle barrel (as in Iraq). If that lesson holds up, we ought to carve it in marble at the Pentagon, the State Department, and the American Enterprise Institute. 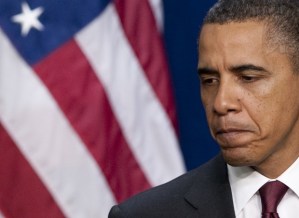 10. Judging Obama
Finally, Americans need to watch what is happening in Egypt because it is likely to become a political football at home. The administration has walked a wobbly tightrope for the past two weeks, seeking an outcome neither “too hot” (widespread violence, extremists in power, etc.) nor “too cold” (stability without reform). If these extremes are avoided, Obama and his team will deserve (and probably receive) kudos from most fair-minded observers, and his “no drama” approach to foreign policy will get some much-needed vindication. But if that “just right” Goldilocks outcome isn’t reached, he’ll face a firestorm of criticism either for “losing Egypt” or for turning a deaf ear to the Egyptian people’s demands for justice and democracy. If you want to be able to judge that debate for yourself, you need to keep your eyes on Egypt (and on the administration) today.

Stephen M. Walt is the Robert and Renée Belfer professor of international relations at Harvard University.

Ethiopia’s Government and the TPLF Leadership Are Not Morally Equivalent

Can Biden Make the Military Safe for Those Who Serve?