Winners and Losers of the Revolution

Is Egypt's revolution bad news for Palestine and the Muslim Brotherhood? 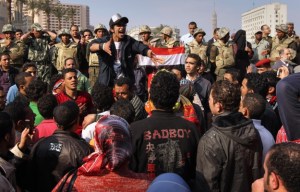 When Zhou Enlai was asked in the 1970s about the historical significance of the French Revolution, he famously responded that it was “too soon to tell.” Given that wise caution, it is undoubtedly foolhardy for me to try to pick the winners and losers of the upheaval whose ultimate implications remain uncertain. But at the risk of looking silly in a few days (or weeks or months or years), I’m going to ignore the obvious pitfalls and forge ahead. Here’s my current list of winners and losers, plus a third category: those for whom I have no idea.

THE WINNERS:
1. The Demonstrators
The obvious winners are the thousands of ordinary Egyptians who poured into the streets to demand Hosni Mubarak’s ouster and insist on the credible prospect of genuine reform. For this reason, Mubarak’s designated deputy, Omar Suleiman, had to go too. Some of the demonstrators’ activities were planned and coordinated (and we’ll probably know a lot more about it over time), but a lot of it was the spontaneous expression of long-simmering frustration. By relying on nonviolent methods, maintaining morale and discipline, and insisting that Mubarak had to go, the anti-government uprising succeeded where prior protest campaigns had failed. “People power” with an Arab face. And, oh yes: Google got a great product placement too. 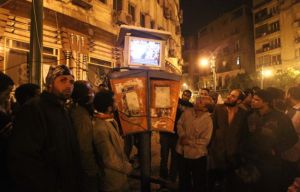 2. Al Jazeera
With round-the-clock coverage that put a lot of Western media to shame, Al Jazeera comes out with its reputation enhanced. Its ability to transmit these images throughout the Arab world may have given events in Tunisia and Egypt far greater regional resonance. If Radio Cairo was the great revolutionary amplifier of the Nasser era, Al Jazeera may have emerged as an even more potent revolutionary force, as a medium that is shared by Arab publics and accessible to outsiders too. And I’ll bet that is what Mubarak now thinks. 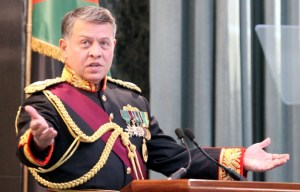 3. Democratic reformers elsewhere in the Middle East
The past two weeks have also seen authoritarian governments in several other countries take concrete steps to try to defuse potential upheavals and accommodate some reformist demands. It’s early days, of course, but democratic reformers throughout the region have the wind at their backs. Which goes to show that those who supported nonmilitary efforts to encourage more participatory forms of government were right (and those who sought to spread democracy at the end of a rifle barrel were not). 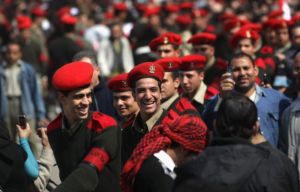 4. The Egyptian military
Paradoxically, the Egyptian armed forces emerged from the crisis with their political power enhanced even further. The United States is now betting that the Army will oversee a peaceful transition, and the early statements from military authorities are reassuring. The big question: Will the military commit itself to genuine reform, or will it try to safeguard its own prerogatives and privileges in a post-Mubarak Egypt? 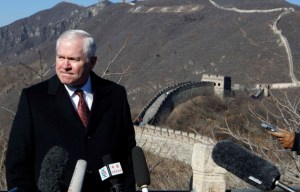 5. China
Why is Beijing a winner here? Simple. Whatever subsequently happens in Egypt, the U.S. government is going to spend a lot of time and attention to trying to manage its local and regional impact. That’s good news for China because it means Washington will have less time to spend on both its relations with Beijing and its other strategic partnerships in Asia. I suspect Chinese officials would dearly love for the United States to remain preoccupied by events in the Middle East, and the upheaval in Egypt makes that much more likely. But this advantage is not without an obvious downside: Given its own concerns for domestic legitimacy and internal stability, the Chinese Communist Party leadership cannot be too happy to see an authoritarian leader swept from power by a popular uprising, even if the country in question is far away and very different.

1. The Mubarak Family
Well, duh. Not only is Hosni Mubarak likely to be denied the sort of legacy that he undoubtedly thought he deserved, but his son Gamal is badly in need of a good career counselor. And there’s the growing possibility that Egypt’s new leaders might start trying to track down the Mubarak’s family’s wealth, which is estimated to be on the order of $2 billion to $3 billion. I won’t be weeping for any of them, but there can be no doubt that they are the “biggest losers” in the events of the last three weeks.

2. Al Qaeda
One of al Qaeda’s standard talking points is its insistence that terrorist violence is the only way to bring about change in the Arab world. It also likes to rail against U.S. support for authoritarian regimes in the Islamic world. By driving Mubarak from office through largely peaceful demonstrations, the Egyptian people have demolished the first claim. And despite some occasional wobbles, Barack Obama’s administration ultimately came down on the side of the demonstrators. By helping nudge Mubarak from power and declaring its general support for the reform movement, the Obama administration has undercut al Qaeda’s second line of argument too. And in the best case — a genuine democratic reform movement that leads to significant improvements in Egyptian society — al Qaeda’s appeal will be reduced even further. All in all, this was not a good month for Osama bin Laden, wherever he is.

3. The “Pax Americana” in the Middle East
The Obama administration’s measured response to these events cannot disguise the fact that one of the key pillars of the past four decades of Washington’s Middle East policy has crumbled. Despite some encouraging early signs, it is not yet clear how a post-Mubarak government will deal with Israel, the Gaza siege, extraordinary rendition, etc. A more representative Egyptian government is virtually certain to be less subservient than the old regime was, which means that U.S. diplomacy toward Egypt and the region will have to be more flexible and nuanced than it has been for some time. More than ever before, the United States will want to put Middle East policymaking in the hands of people who are imaginative, principled, evenhanded, deeply knowledgeable about Arab societies, and willing to rethink the failed policies of the past. Do I think we will? No.

4. The Muslim Brotherhood
Despite all the attention the Muslim Brotherhood has recently received, I think it’s more than likely that Mubarak’s departure will ultimately undercut its position in Egypt. It got 20 percent of the vote in the 2005 elections, but that total was inflated by the fact that it was the only real alternative to Mubarak’s party. Once you let other political parties form and compete for popularity, electoral support for the MB is likely to decline, unless it can repackage itself in a way that appeals to younger Egyptians. Ironically, both Mubarak and the MB may be more a part of Egypt’s past than an influential part of its future.

5. The Palestinians
In the short term, the Egyptian upheaval is bad news for the Palestinians. Why? Because other countries will pay even less attention to their plight than they usually do. Israel will be even less interested in the sort of concessions that could bring an end to the conflict — though a good case can be made that it should seize this opportunity to chart a new course — and the United States will be even less likely to put real pressure on them to do so.

In the long term, Mubarak’s departure may be beneficial, however, especially if the new government takes a more active stance against the occupation. And if the Palestinian Authority uses the Egyptian example as an occasion to reconcile with Hamas and hold new elections, we might even see a more legitimate Palestinian national movement emerge as well. But don’t hold your breath.

TO SOON TO TELL:
1. Arab Authoritarians
If I were an Arab monarch or a dictator like Bashar Assad of Syria, I’d certainly wouldn’t be happy about what I’ve been watching in Cairo. But in the short term, their futures depend both on how matters evolve in Egypt and on how the remaining authoritarians respond to the Tunisian and Egyptian examples. If conditions subsequently deteriorate in Egypt or if the revolution gets hijacked by incompetent, corrupt, or extremist forces, then other Arab populations may be less inclined to follow suit. And the rest depends on how skillfully the current rulers can appease, deflect, or adapt to a new environment. You can hardly call them winners, of course, but it’s not yet certain just how much they may have lost.

2. Israel
It’s hardly surprising that many Israelis were alarmed by Mubarak’s departure, because he collaborated with them on a number of matters and never did more than complain verbally about the Palestinian issue. But as I noted last week, his ouster could also be a wake-up call: reminding Israelis that the regional environment is subtly shifting against them, that military superiority is no guarantee against civil unrest and global opprobrium, and that a fair deal with the Palestinians is the best way to secure their long-term future. And as Kai Bird notes here, it might even be a genuine opportunity. In short, whether Israel wins or loses from this episode depends in part on how Israel chooses to respond to it.

3. President Barack Obama
The administration has walked a rather narrow tightrope for the past two weeks — not always very skillfully — seeking an outcome neither “too hot” (widespread violence, extremists in power, etc.) nor “too cold” (stability without reform). As I noted earlier, if these extremes are avoided, Obama and his team will deserve (and probably receive) kudos from most fair-minded observers, and his “no drama” approach to foreign policy will get some much-needed vindication. But if that Goldilocks “just right” outcome isn’t sustained, he’ll face a firestorm of criticism either for “losing Egypt” or for turning a deaf ear to demands for justice and democracy. Such accusations won’t be entirely fair, insofar as no president can control events in a faraway country of 85 million people. But who ever said that political discourse in the United States was fair?

So that’s my list. But here’s the obvious caution: We are in the early stages of this process, and international affairs have a way of producing sudden and unexpected reversals of fortune. Some of today’s winners might look like losers tomorrow, and vice versa. And that goes for bloggers too.

Stephen M. Walt is the Robert and Renée Belfer professor of international relations at Harvard University.