How copyrights for U.S. cartoons are holding the developing world hostage. 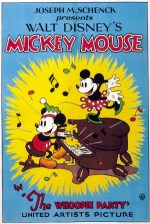 Everybody loves Disney. Last year, Walt’s empire was the No. 1 entertainment business in Fortune‘s annual ranking of the most admired companies in the world, and it’s regularly a star performer in corporate-responsibility ratings. And why not? Global comity has been central to Disney’s image ever since EPCOT Center, with its pavilions honoring the local traditions of countries from Canada to China, opened its gates. On Disneyland’s venerable It’s a Small World ride, boat passengers drift through a trippy, 1960s-vintage global village, the speakers blaring, “There’s so much that we share/that it’s time we’re aware/it’s a small world after all.”

The Walt Disney Company, however, seems to think that we’re sharing too much already. For years, Mickey’s minions have been a powerful force in shaping the global trading regime in ways that limit the free flow of ideas, with real economic consequences. Behind its facade of global goodwill, Disney is playing the evil stepmother to the developing world’s entrepreneurial Cinderellas.

The instrument of Disney’s baleful global influence is U.S. copyright policy, over which the entertainment goliath holds considerable sway. According to the Center for Responsive Politics, the company spent more than $5 million in 2009 to influence the federal government — much of it on copyright and trademark issues. Disney is also one of six members of the Motion Picture Association of America, a lobbying behemoth that has used its clout to extend the protection of intellectual property far beyond any historical precedent. There is a good reason why the 1998 U.S. Copyright Term Extension Act, which lengthened copyrights by 20 years, is widely known as the Mickey Mouse Protection Act.

Thanks to the lobbying muscle of Disney and its allies, U.S. copyright protection has protruded further and further into the future, from the 14 years of the first copyright law in 1790 to the 120 years of today — far beyond the lifetime of any artist. Apparently, it’s a matter of national security now, too: At a Disney soundstage in Hollywood, an assistant secretary from the Department of Homeland Security recently announced that the department had to protect Shrek, the animated star of four blockbuster movies, “because we are all about protecting the homeland. We’re all about protecting American interests.”

Extending copyright protections might seem like prudent policy, a means of enabling artists, software designers, and corporations to be compensated for their work and thereby encouraging more people to create. But the global consequences could be severe. If these extreme copyright and patent claims were effectively enforced, the World Bank estimates that developing countries would owe Western companies $20 billion a year in royalties — a transfer of wealth so dramatic that even the Vatican recently raised concerns about the “excessive zeal” of today’s intellectual-property bullies.

But Disney doesn’t need to go to Africa to see the effects of these perverse protections; it can consult its own backlist. The studio’s 1951 hit Alice in Wonderland was based on Lewis Carroll’s novel, published 86 years earlier and long since reverted to the public domain. If the Mickey Mouse Protection Act had been in place at the time, the long-dead author’s estate would have still held the rights to the book, and generations of children might have never seen the grinning Cheshire Cat. Disney would’ve been poorer for it — and so would everyone else.