ebook Revolution in the Arab World A special ebook from Foreign Policy Magazine. Buy for Amazon Kindle Buy PDF edition “What is the perfect day for Hosni Mubarak? A day when nothing happens.” — Egyptian joke, December 201 “A bunch of incognizant, ineffective young people” — Egyptian Interior Minister Habib al-Adly on the Tahrir Square ...

"What is the perfect day for Hosni Mubarak? A day when nothing happens." — Egyptian joke, December 201 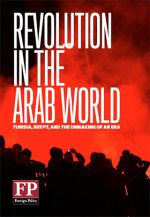 “What is the perfect day for Hosni Mubarak? A day when nothing happens.” — Egyptian joke, December 201

In just 18 short days, the young protesters in Cairo’s Tahrir Square upended global politics. Not even three weeks after the peaceful demonstrations began, not even two weeks after pro-government thugs charged into the square on camels and horses to force them out, one of the most entrenched leaders in the Middle East and a longtime U.S. ally, Hosni Mubarak, was gone—and autocratic leaders from Morocco to Bahrain were feeling the heat.

Where did this wave of anger come from? Why did it begin in Tunisia, and what does it mean? FP‘s special report starts with a revelatory first chapter that shows how the revolutionary rumblings were ignored, dating back to Issandr El Amrani’s prescient warning to Barack Obama in January 2010: Egypt, he wrote, could be the ticking time bomb that overwhelms your international agenda. The coverage also includes a dramatic day-by-day retelling of the battle to hold Tahrir Square, insider accounts of Washington’s flip-flopping and struggle to keep up with events, and some of the world’s leading authors and experts, from James Traub to Gary Sick to Robert D. Kaplan, on where we go from here.

Consider it a guidebook for these revolutionary times.

Read the #1 Kindle Bestseller about the Middle East:

“Revolution in the Arab World [allows] readers who are fascinated with current events but have no time or inclination to follow in real time both to experience the stream and to benefit from intelligent commentary while the lava of Middle East revolution is still flowing…. Delightful … lively … fascinating.” — Anne-Marie Slaughter, NPR.org

“Anyone interested in understanding the Arab revolutions should read it.” — American Diplomacy

“Fascinating…. The heart-pounding, street-level reporting by Ashraf Khalil and Blake Hounshell … truly transports…. Revolution in the Arab World succeeds in its most fundamental task: capturing the Arab Spring largely as it happened.” — Bookforum

“It took 18 days for Egyptian protesters to topple Hosni Mubarak’s 30-year regime; it took about 10 days for the editors at Foreign Policy to publish a 70,000-word ebook about the revolution.” — Nieman Journalism Lab

“I wish more organizations would present collections like this.” — RealClearWorld

What: This special report from Foreign Policy offers 217 pages of news, views, and insight into the dramatic events unfolding in the Arab world, with chapters ranging from the experts who caught the first signs of the conflagration to the on-the-ground tick-tock from Tahrir Square. Check out the table of contents for more details.